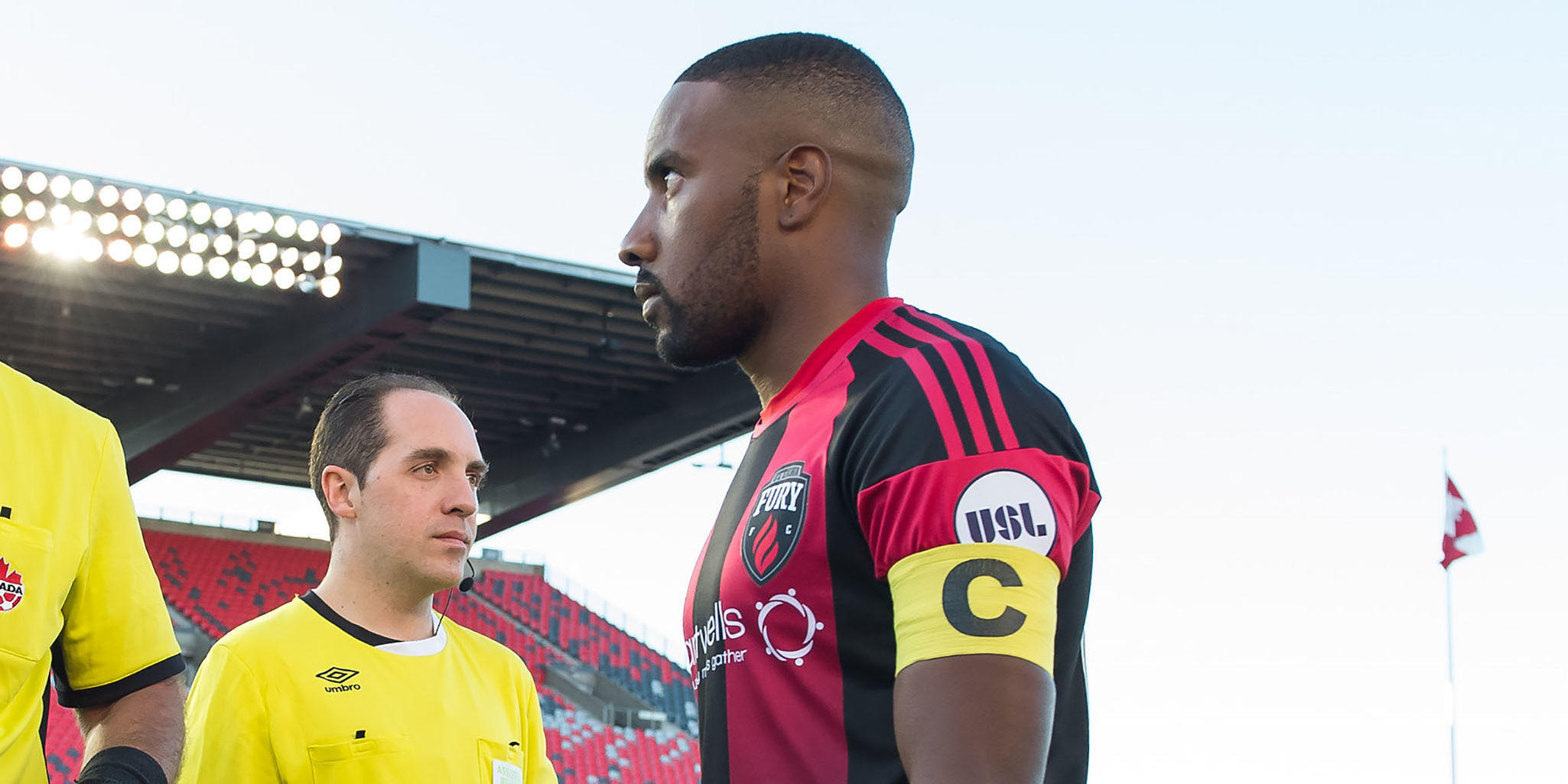 You might not think it at first, but former Ottawa Fury midfielder Jamar Dixon’s arrival at Pacific FC is a homecoming of sorts.

Born and raised in the nation’s capital, Dixon began his soccer career around 2009, when he split his time between Canada’s two coasts. In the Fall, it was U SPORTS (then CIS) at St. Francis Xavier University; his summers were spent on Van Isle, playing PDL football with the Victoria Highlanders.

“Victoria is kind of a special place to me,” Dixon told CanPL.ca. “That’s where I started out my semi-pro football. … I was there for three summers, and I’ve always loved it out there. I never would turn down an opportunity from that area.”

After seeing out his university days, Dixon went abroad in 2013 to find an opportunity in Europe. He bounced around between lower-league sides in Sweden and Finland for a while before, finally, settling at FF Jaro, then in the Finnish first tier. Failing to help Jaro climb out of the second division after suffering relegation in his first season, Dixon returned home in 2016 to join hometown side Ottawa Fury.

In all, Dixon played four years in Ottawa — right up until the club ceased operations in 2019. He made 97 appearances across all competitions (including two against CPL side HFX Wanderers in last year’s Canadian Championship), and he earned three Canadian national team caps along the way — debuting against the United States in 2016.

So, when the USL side folded, leaving him without a club, he had plenty to consider for his next move.

“With what happened with Ottawa, obviously I was looking at a few other teams in the USL at the time, but I just decided, you know what? Let me look at Pacific,” Dixon recounted. “I spoke with (assistant coach James Merriman), just to talk as friends, not as a player. I just wanted to get a vibe of what was really going on over there and a lot of positive stuff came out of it.”

The fit at Pacific FC is a good one. Dixon is just the kind of responsible deep-lying midfielder the Tridents could use, injecting some experienced legs into a position where that was lacking in 2019. Plus, he knew Merriman well from his time in Victoria — indeed, it seems this move has roots in the two just chatting, Dixon congratulating the coach on his interim appointment at Pacific in late 2019.

Dixon, who had options around North America and in Europe to consider over the past couple months, gradually came around to the idea of joining Pacific. Learning of his Fury teammate Thomas Meilleur-Giguère’s move out west helped, though.

“It’s a coincidence. When I found out it was happening, I wasn’t even close to signing or anything,” Dixon said. “Later on, when we were going through the contract stuff and figuring out the next steps, it kind of made my decision a little easier, because now I have another guy I’ve played with.”

As a 30-year-old with plenty of overseas experience (not to mention his reps at the international level), Dixon is keen to fill the role of mentor to Pacific’s abundance of youth — including the 22-year-old Meilleur-Giguère, of course.

“(Pacific) already had guys like Marcus Haber, and Marcel de Jong, and Issey (Nakajima-Farran),” he said. “That’s the same type of role that I would come in and do. I already helped a lot of the young guys at Fury, all the years that I was there I was always helping the young guys and trying to motivate them.”

He added: “The young kids are the future, right? You want them to get the best opportunities, you want them to learn. At the end of the day, you want to have more Alphonso Davies around the world, especially coming from our country.”

And so, this Canadian soccer story comes full circle. A veteran midfielder, whose own development got its jumpstart on Vancouver Island, returns to the west coast to mentor the next generation.