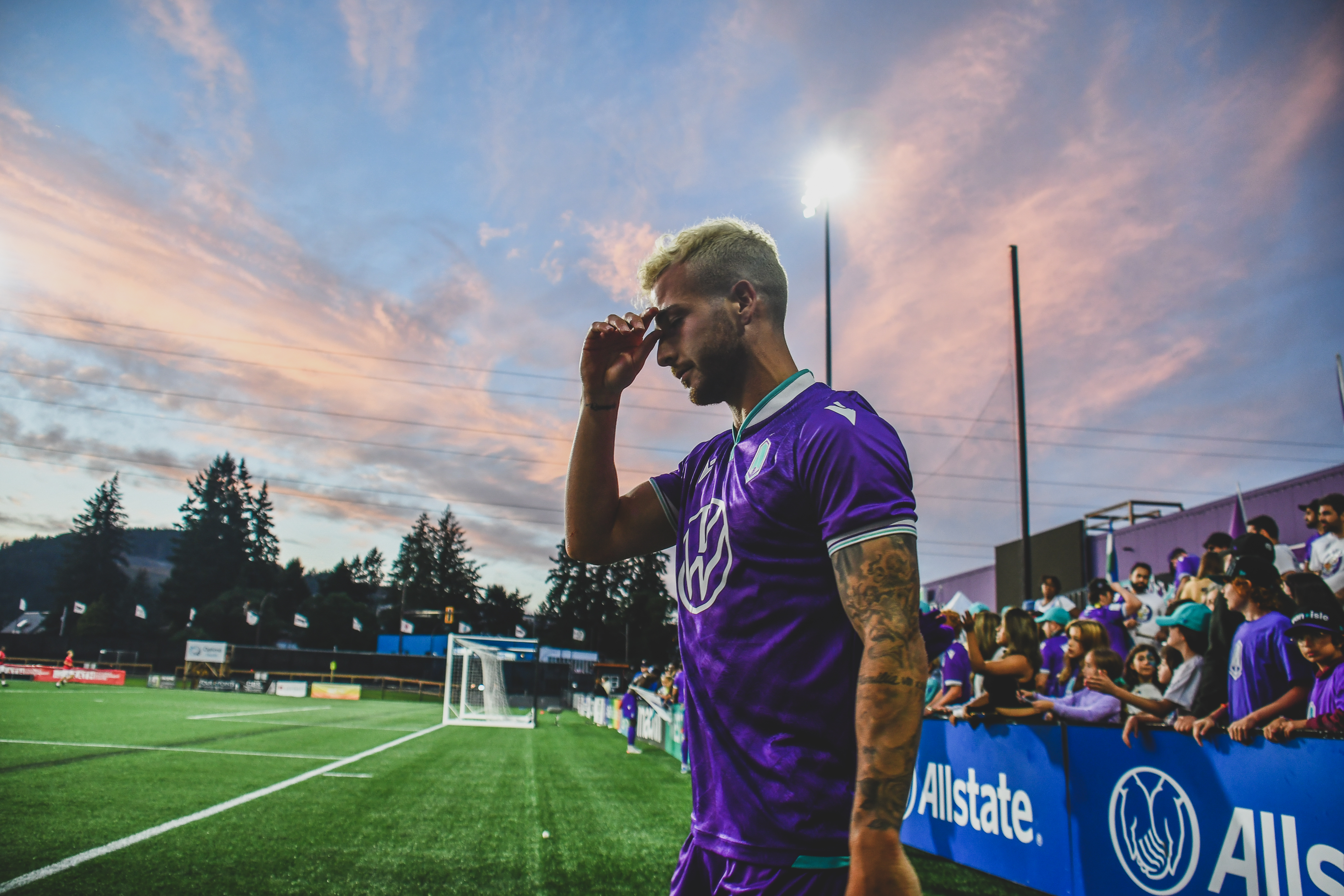 Bustos was named POTW for the second time this season after leading Pacific to a 3-0 on Friday (Sheldon Mack/Pacific FC)
Bustos named Canadian Premier League Player of the Week – Week 16
July 26, 2022
by
Jack Longo

Bustos put in a blistering performance against Cavalry FC on Friday, scoring the opening goal and forcing a Cavs’ own goal for the second in a 3-0 for the Tridents. Bustos’ goal against Cavalry was his first of the season and he opened his account in style. After a scuffed clearance from the Cavalry goalkeeper saw the ball come quickly towards Bustos down the right wing, he – without hesitation – hit the ball first-time with the outside of his left boot and curled it all the way into the far corner of the open goal. Even before his spectacular goal, Bustos looked like a man on a mission against the Tridents’ bitter rivals. Pacific’s no. 10 twice bamboozled his defender in the early stages of the match – earning a yellow card both times as they struggled to keep up with him. Just after halftime, Bustos swung in a lovely cross that essentially left Jose Escalante no choice but to stick the ball in the back of his own net and double Pacific’s lead.

Bustos’ all-around display earned him a standing ovation as he left the match as a substitute, and cemented his status as one of the most dangerous attacking players in the league. This was the second time this season Bustos has earned CPL Player of the Week honours.