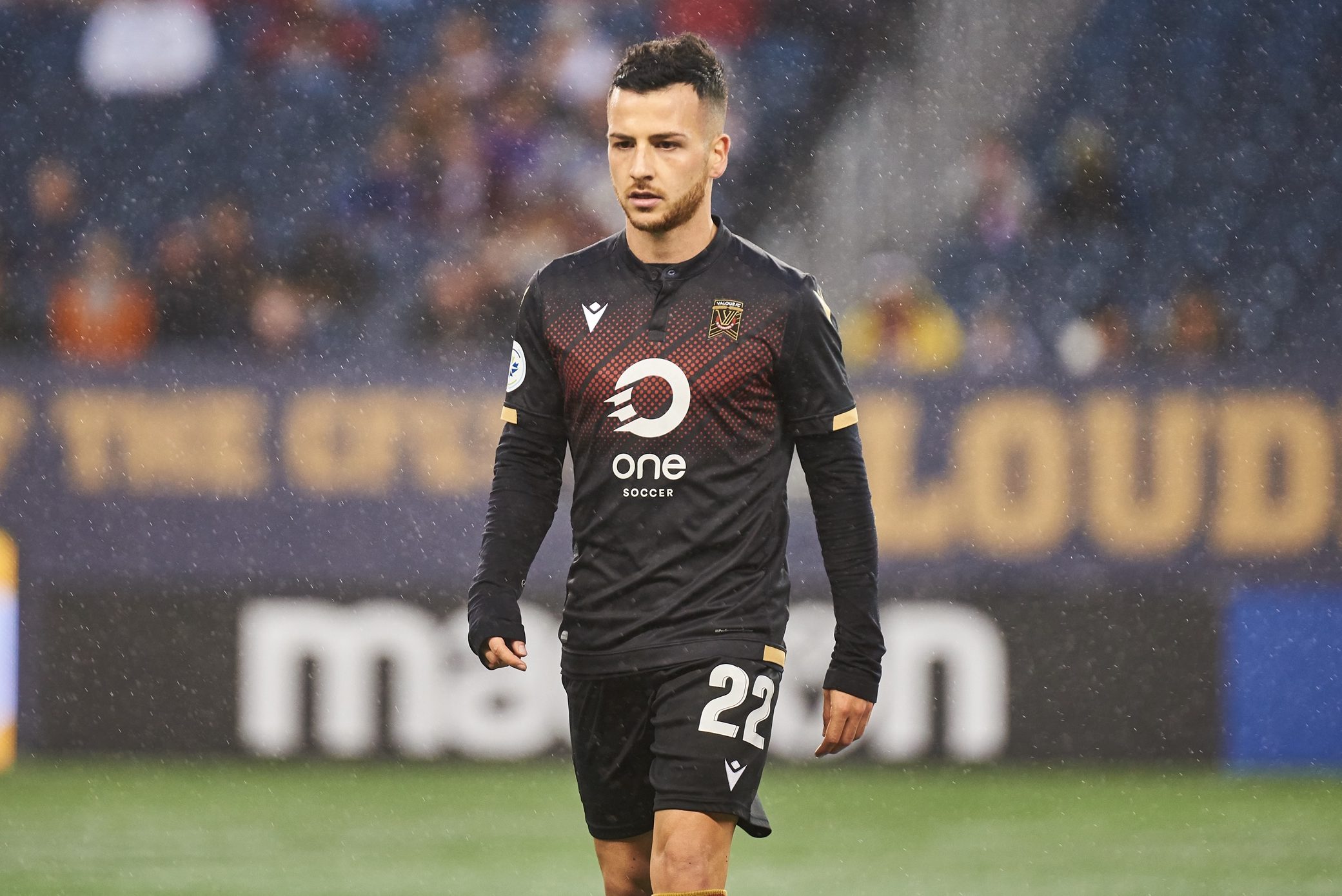 Victoria, BC (January 30, 2020) – Pacific Football Club is pleased to announce the signing of midfielder Marco Bustos for the 2020 season.

“Marco Bustos is a talented player that excites the crowd and has the ability to change a game at any moment,” said Pa-Modou Kah, Head Coach, Pacific FC. “He’s a true professional and we are happy to add a player of his quality to the Pacific family.”

Bustos, 23, born in Winnipeg, began his career in the youth ranks of the Vancouver Whitecaps FC of the MLS. He joins the Island contingent with more than 100 professional appearances featuring for the Whitecaps, Whitecaps 2, Mexican Side Zacatepec, USL side Oklahoma City Energy and most recently Valour FC of the CPL.

“Marco was one of the top players in the league last year and therefore one of the most sought after profiles this off-season,” said Rob Friend, CEO, Pacific FC. “He’s young, ambitious, and extremely talented, so we are obviously delighted to have him join Pacific FC.”

The high-scoring winger notched an impressive seven goals with Valour FC across 25 appearances in the inaugural CPL season. A Canadian international, Bustos has featured for the Canucks throughout the youth national teams with six appearances at the senior level.

Bustos will join Pa-Modou Kah’s squad for the preseason come March 1. The addition of Bustos brings Pacific FC’s roster to 13 leading up to the 2020 season.