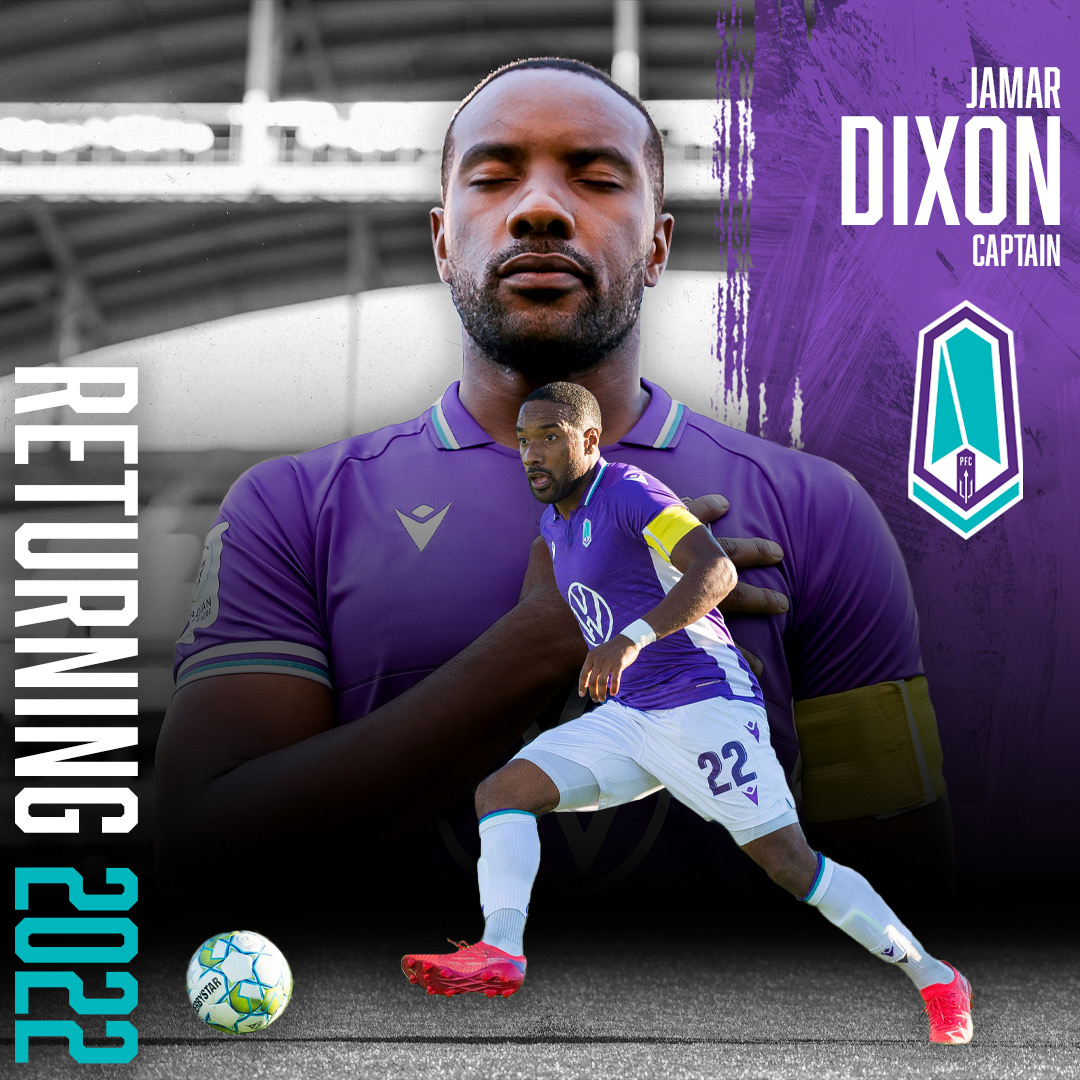 Jamar Dixon will be returning to Pacific FC for the 2022 Canadian Premier League season.

Dixon, the current club captain, took over the armband from Marcel De Jong prior to the 2021 season and proceeded to lead the club to its first-ever CPL championship. The 32-year-old played in ___ games and finished with the fifth-most minutes for the club in 2021, providing the leadership necessary to achieve the squad’s goals. In addition, Dixon finished second on the team in tackles and third in blocks last season, showing his ability to screen the defence and inject energy into the game from the base of midfield.

The three-times-capped Canadian International will continue as Captain in 2022 and play a crucial role in the team’s title defence. Dixon is the first of many returning players to Pacific FC in 2022. 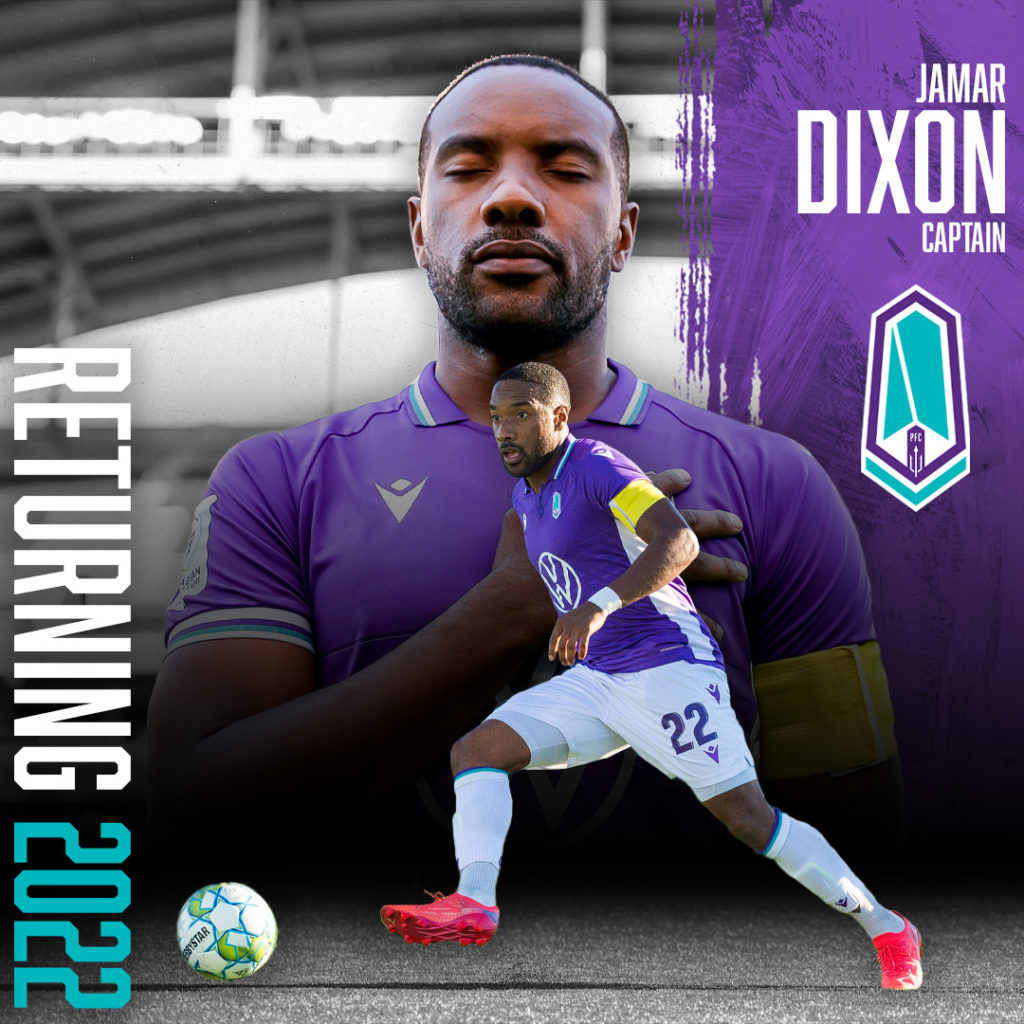