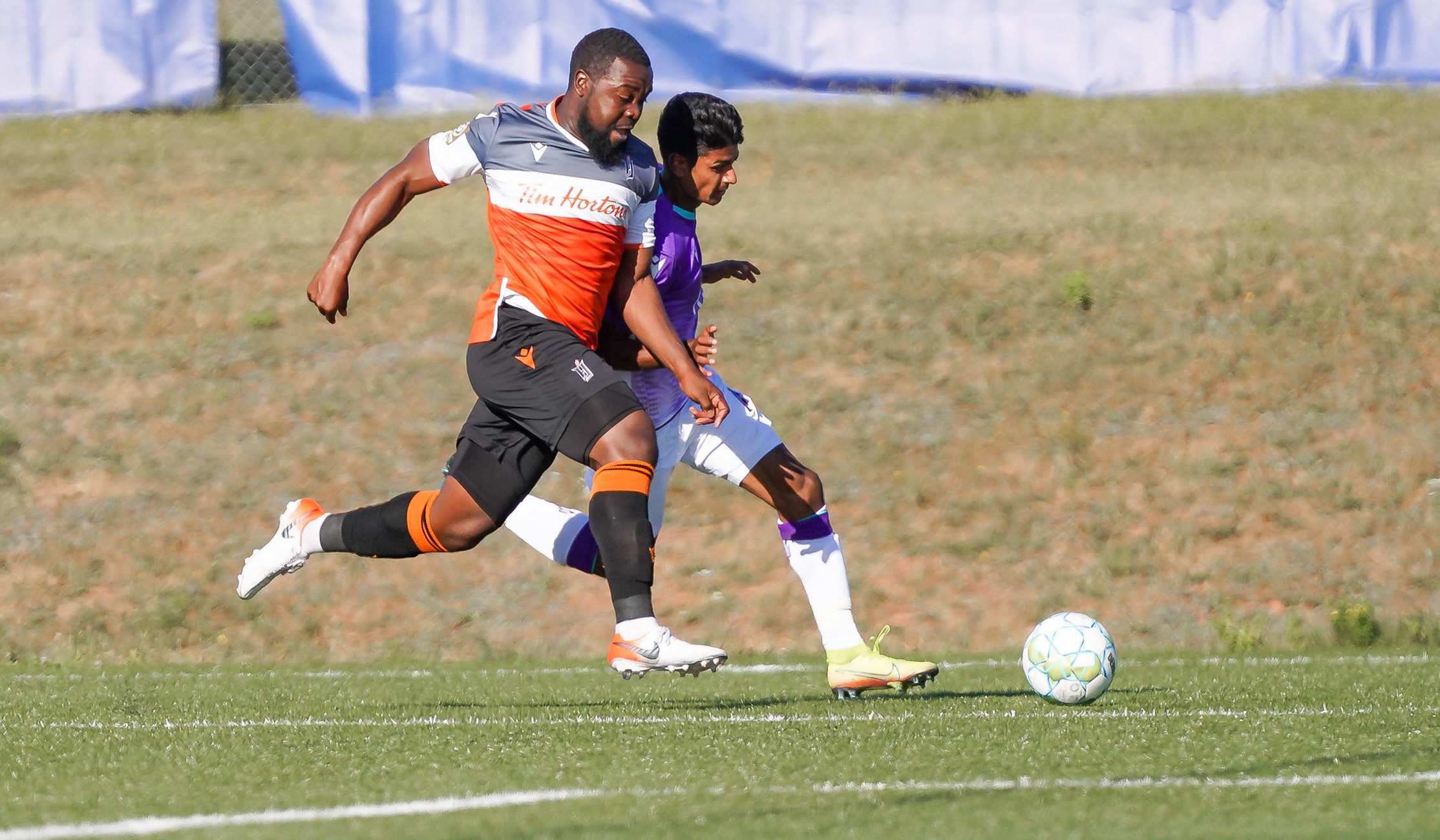 The reigning CPL champions remain undefeated to start the regular season after earning a 2-1 win over Pacific FC on Saturday in Charlottetown. Captain Kyle Bekker scored the winner deep into injury time for Forge off a setup from Molham Babouli.

This was Forge’s fourth game in 10 days, easily the most gruelling stretch that any team has endured at The Island Games, and coach Bobby Smyrniotis must be pleased with how his side handled it.

With the win, Forge now has eight points from four matches, and leapfrogs Cavalry FC (seven points in three games) for first place in the overall standings. Pacific remains winless in PEI, with two points in three matches. The top four teams in the standings at the end of the opening round-robin advance to the second round.

Smyrniotis made five line-up changes on Saturday, including handing a debut to forward Gabriel Balbinotti who was the seventh overall pick in last year’s CPL-U SPORTS Draft. The youngster looked lively in attack, although he failed to convert two great scoring chances in the first half.

Forge goalkeeper Triston Henry was called into action early on, making a smart save at the near-post to deflect away Zachary Verhoven dangerous low drive from inside the box.

At the other end, a disastrous clearance by Pacific goalkeeper Nolan Wirth landed at the feet of Forge’s Chis Nanco, who ran into the box and curled a gorgeous shot inside the far post.

Pacific levelled the score midway through the first half after Forge couldn’t clear its lines off a corner kick, allowing Jamar Nixon to pounce and score from close range. All three of Pacific’s previous goals at The Island Games came in the second half.

Scoring opportunities were few and far between in the second half, although Daniel Krutzen’s wicked free kick hit the post, and Terran Campbell’s injury-time chip shot hit the crossbar.

In injury time, the ball fell to Babouli who ran towards the end-line before cutting the ball back into the middle for Bekker to slam home.

Campbell finished tied for second place in last season’s Golden Boot race with 11 goals, but he has yet to score at The Island Games after coming on as a second-half substitute against Forge. On the bright side for Pacific, Canadian international Marcel de Jong appears to be back to normal – he’s made two straight starts after being sidelined for most of the 2019 season by an Achilles injury.

Five Forge players — Triston Henry, Kyle Bekker, David Edgar, Daniel Krutzen, and Kwame Awuah — have been on the pitch for all 360 minutes of action at The Island Games.

Forge FC: Patience to create higher quality scoring chances in open play – Minutes after taking the lead, Fore patiently built another dangerous attack that saw David Choinière deliver a killer ball from the flank deep into Pacific’s box. Gabriel Balbinotti couldn’t put it away the high-percentage chance despite getting his foot onto it.

Pacific FC: Sharpness in possession; reduce individual errors – Tridents goalkeeper Nolan Wirth made a huge gaffe when he tried to play the ball out wide while being under no pressure. Wirth ended up giving away the ball away straight to Forge’s Chris Nanco, who punished him for his individual error by opening the scoring.

Jamar Dixon (Pacific FC): The CPL newcomer was fabulous in midfield for Pacific. Dixon scored the equalizer for Pacific, registered one key pass and three tackles, completed 88.9 per cent of his passes, and served as a major reference point in the attack for his team .