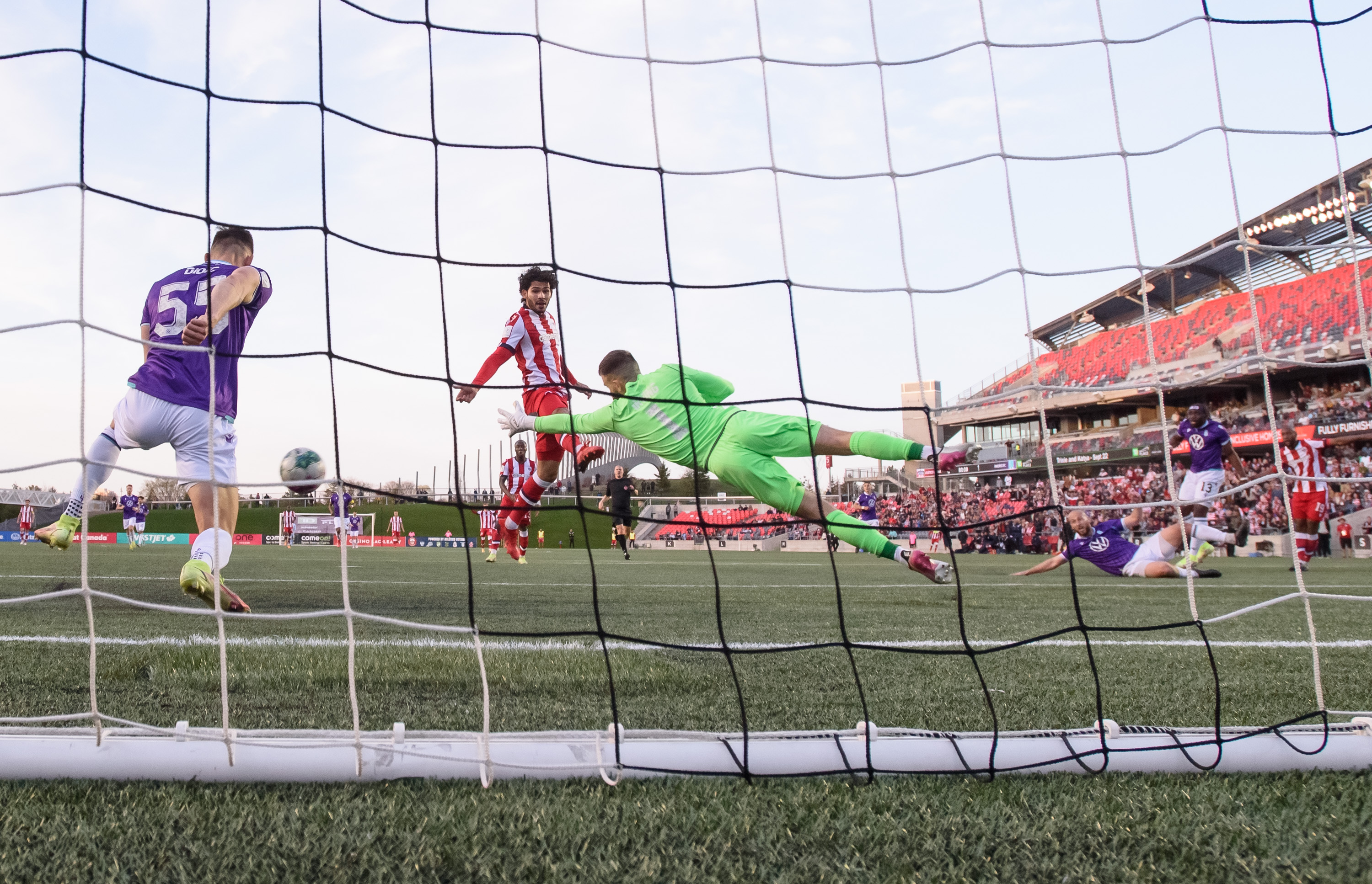 The Canadian Premier League announced the Team of the Week for Week 5 of the CPL season on Monday and four Pacific FC players earned their way into the XI: Callum Irving, Kunle Dada-Luke, Amer Didic and Manny Aparicio.

This was Irving’s first nomination to the Team of the Week in 2022, and it might have been the easiest choice all season. Irving’s performance on Saturday was simply other-worldly. In his first match back in Ottawa after playing three seasons with Ottawa Fury before joining Pacific, the 29-year-old made 10(!!) saves to keep his second clean sheet of the season. Some saves were made to look easy – due to his excellent positioning and reactions not because they actually were – and some saves were truly world-class – like the kick save to deny Ballou Tabla from close range.

Dada-Luke’s return to the starting XI gave Pacific the attacking outlet and defensive resilience needed to beat Atlético Ottawa at home. The 22-year-old right-back has been a massive part of Pacific’s early season form and it’s no surprise his absence has been noticeable in the last two games (the only games Pacific has dropped points so far this season). On Saturday, Dada-Luke was up to his usual tricks. Pushing high up the right side in possession, Dada-Luke sent in seven crosses, created two chances and played a big role in setting up the goal. This was the first time Dada-Luke has been named to the Team of the Week in 2022.

The third member of Pacific’s defensive unit to be named to the Team of the Week was Didic, his second time being named in 2022. The six-foot-four centre-back helped hold Ottawa off with four clearances – including a goal-line clearance on the one occasion the ball even partially got past Irving. Didic also won possession four times on Saturday and continued his fantastic start to life in purple.

Aparicio was named to the Team of the Week for the third time in the opening five weeks of the season. Aparicio’s early-season form has been one of main reasons Pacific picked up right where they left off last season. The central-midfielder almost got the goal himself on Saturday as his long-range shot bounced back off the post for Diaz to head in, but his all-around efforts in and out of possession throughout the ninety minutes allowed Pacific to grow into the match and earn a hard-fought win on the road.