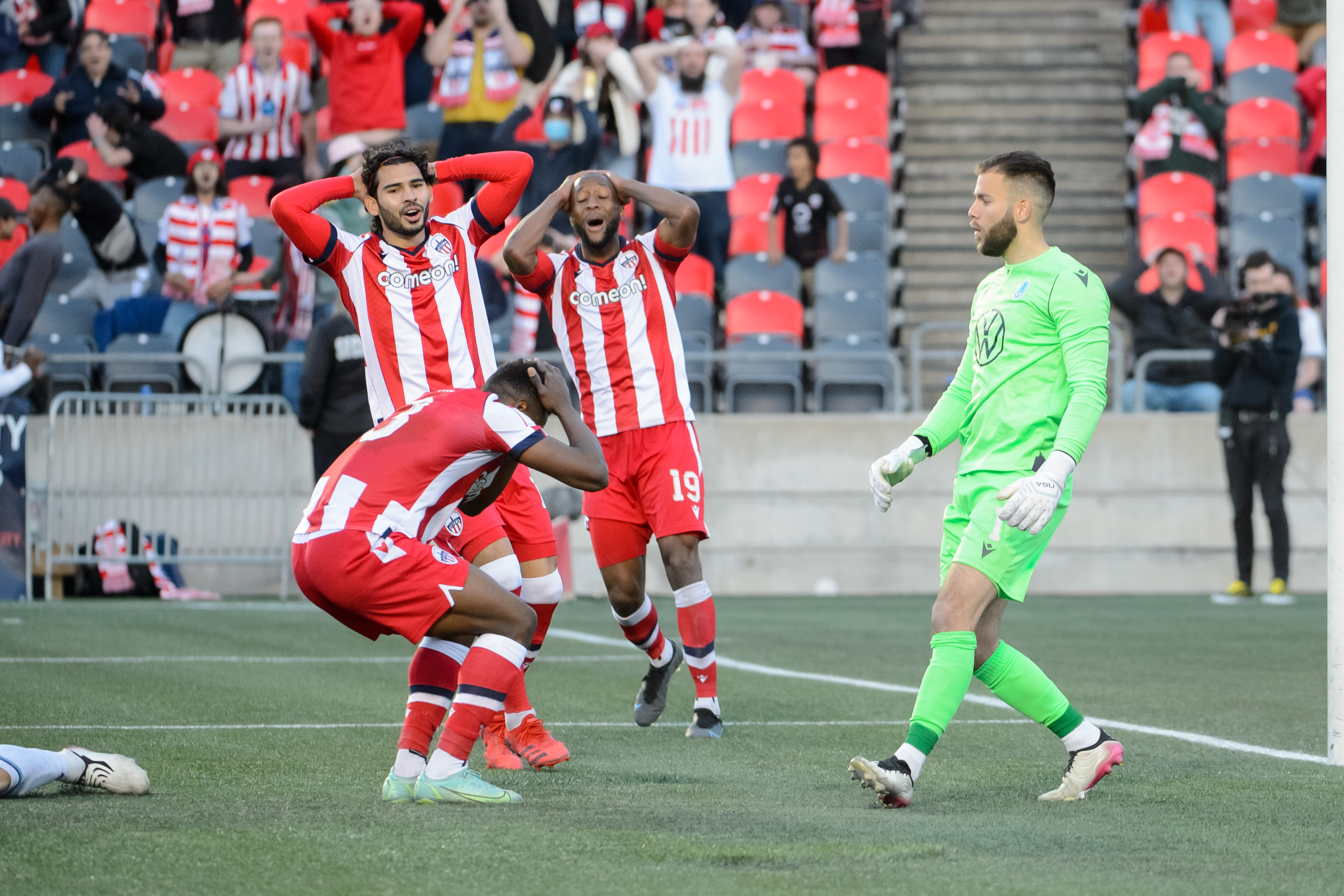 The shock and awe grew with every eye-catching save Irving made on Saturday (Matt Zambonin/Freestyle Photography/CPL)
Irving named Canadian Premier League Player of the Week – Week 5
May 11, 2022
by
Jack Longo

After being named to the Team of the Week on Monday for the first time in 2022, Irving also comes away with Player of the Week award thanks to his sparkling performance in goal against Atlético Ottawa.

Irving’s goalkeeping display on Saturday was simply other-worldly. In his first match back in Ottawa after playing three seasons with Ottawa Fury before joining Pacific, the 29-year-old made 10(!!) saves to keep his second clean sheet of the season. Some saves were made to look easy – due to his excellent positioning and reactions not because they actually were – and some saves were truly world-class – like the kick save to deny Ballou Tabla from close range.

Although this is the first time Irving has been named Player of the Week in his CPL career, the 29-year-old has enjoyed an excellent 2+ years in the league. Irving currently sits tied for sixth in career clean sheets kept in the Canadian Premier League.