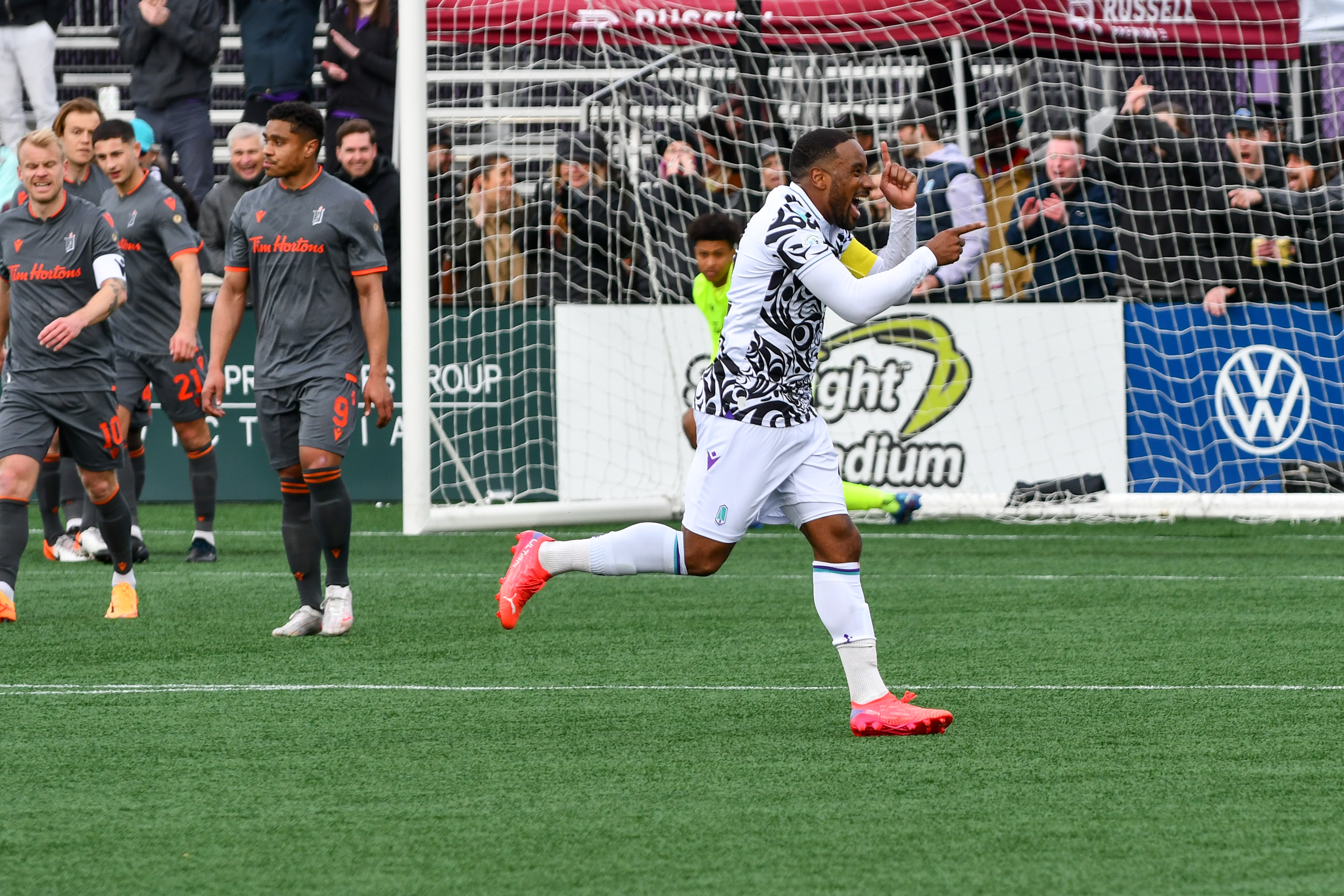 When Pacific FC became the first team other than Forge FC to win the Canadian Premier League trophy in Hamilton last December, an instant and unique rivalry was formed. Forge had gotten the better of Pacific over the three years to that point, but a win on the biggest stage gave Pacific the upper hand in the direct battle between the two. Now, these two are faced with another potentially season-defining game against each other when Forge comes to the Island on Sunday. In a playoff race that realistically couldn’t be any tighter between being top of the league and the first team out, every single match has incredible weight behind it.

A draw against Atlético Ottawa last weekend helped right the ship and end a slide of three straight loses, but at this stage of the season, Pacific need all three points every time. However, although it wasn’t a victory last weekend, the performance itself was much more like the PFC we’ve seen the last couple of years.

Forge meanwhile has also experienced a downturn in form at the wrong time. A win last weekend against Cavalry came at a cost – which we’ll get to later – but it did end a run of five matches without a victory for the Hamilton-based side. What once looked like a team ready to walk to the top of the league suddenly finds itself battling for position in a crowded playoff race.

The history between these two has been well documented. Pacific’s first-ever victory against Forge came in that CPL Final triumph last year and the second came in the opening match of this season. Before that change in fortunes, the Hammers well and truly dominated this matchup. At this point it stands at nine Forge wins, two Pacific wins and one draw. In two previous matches this season, Pacific won the first 2-0 on the Island and Forge won the other 3-0 at home.

Pacific and Forge both would have liked to have had a playoff spot locked up by now, but at the end of a long and taxing season they’ll need one final push to clinch a top four spot. As we’ve gone over here before, Pacific’s season has been one of back-and-forth runs of form. If last weekend’s draw can spur a run like the club had in July that would be massive in the hunt for a top four spot. Forge’s season on the other hand looked to be headed for another first-place finish before a run of five matches without a win moved them back in with the rest of the pack. The Hammers don’t usually go on stretches like this and should have the institutional knowledge to grab top spot again, but it seems this season will have the toughest playoff fight in CPL history.

There aren’t many matches in Forge FC’s history that Kyle Bekker hasn’t played in/captained. This Sunday will be one of those occasions however after the midfield received a straight red card against Cavalry FC last weekend and was therefor handed a three-match ban. With no Bekker to contend with, Pacific should look to control the midfield and out-work their opponent in the middle third. With Sean Young and Jamar Dixon, Pacific should have the two most active and dynamic midfields who can win the ball and immediately push it forward. With the work those three can provide in winning and progressing the ball, it will come down to how clinical the Trident’s frontline can be. Pacific hasn’t scored more than a goal in a game since the 6-0 victory over Waterhouse FC in early August, so a couple goals on Sunday would do wonders for the team and the supporters.

Here’s what else you need to know before Sunday’s match: