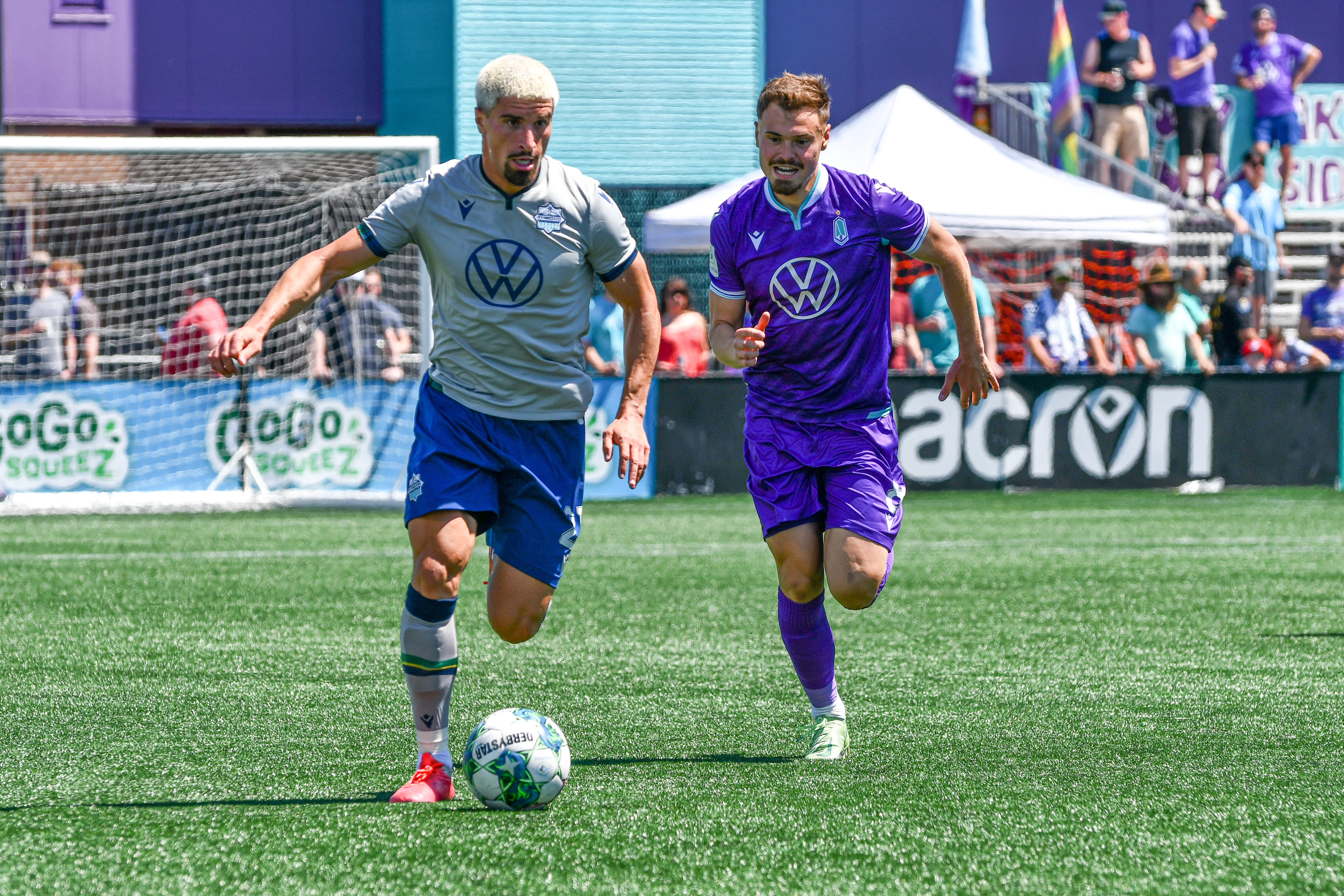 Pacific FC’s first trip to the opposite coast in 2022 comes at an interesting point in the season for the Tridents. After a string of home games, the team now heads out on a quick yet far-reaching road trip. First up is this match against HFX Wanderers FC before the group heads down to Costa Rica on Tuesday and Winnipeg next weekend. The last match between Pacific and Halifax came at a low point in the season for the Islanders when Halifax came away 3-0 victors at Starlight Stadium. Now, it’s Pacific’s turn to travel across the country and look to do the same.

Before the 1-0 loss to Herediano on Tuesday, Pacific FC was in scorching form. The Tridents were unbeaten since June 30th and had won six of eight games. Pacific is now looking to bounce back after feeling like they should’ve come away with at least a draw against the Costa Ricans.

Halifax’s form has been going in the exact opposite direction. Since the exact same date – June 30th – the Wanderers have lost six of eight games and won just once in that span. Most recently, Halifax was dealt a late blow when a controversial injury time winner for Atlético Ottawa forced the Wanderers to head home with zero points.

The overall head-to-head matchup between these two sits at five wins for Pacific, three wins for Halifax and four draws. An evenly-contested series over the years also currently has the season record at one wins a piece so far, but both matches have taken place on the Island.

The last time these two played in Halifax, the Wanderers won 1-0 thanks to a late Pacific own goal.

Dada-Luke and Fernandez not only play similar roles in how their team sets up, they also come from similar beginnings in their career. Dada-Luke began in the Toronto FC academy before eventually landing with Pacific FC and Fernandez spent his youth career with CF Montreal before moving to Halifax. These young, dynamic fullbacks developed in a MLS academy before proving themselves in the Canadian Premier League – a calling card for the league as a whole.

Dada-Luke’s growth was slow but steady in his first season with Pacific last year, but this season he has burst onto the scene as one of the most compelling players to watch in the CPL. His quickness can hardly be described with words but his game is about much more than simply his explosiveness. Dada-Luke’s deft body faints and tight dribbling ability is a recipe for disaster for opposing defenders when isolated out wide. Pacific’s last CPL match also saw Dada-Luke’s starting position pushed even higher on the right side, oftentimes featuring as the furthest man forward. Dada-Luke is unlike any other player in the Pacific FC squad and provides the perfect outlet for the attack when a team is hard to break down.

Halifax’s season has not gone to plan ever since Joao Morelli’s early-season injury, but a bright spot has been the play of Fernandez in his first CPL season. After playing against the Wanderers in the Canadian Championship last season, Fernandez made the move to the east coast from AS Blainville in Quebec and began his professional career. A lively right-back by trade, Fernandez often springs forward to help in attack. In 20 appearances this season Fernandez has three assists and is a helpful outlet for a Halifax side struggling for goals.

The last meeting between the Wanderers and the Tridents is a huge turning point for both teams. While Halifax came away with their biggest away win ever on the day, ever since then the teams have headed in opposite directions. Halifax’s playoff hopes have faded by the week since their 3-0 victory over Pacific in late June, while the Tridents season has picked up steam ever since. Halifax now sit in sixth place with 21 points from 20 games, and Pacific are second in the table – tied with Forge FC on 35 points but with one more game played than the Hamilton side. It appears as though Halifax’s playoff chase is over for this season as they are now 13 points behind fourth place with only eight games left. Pacific on the other hand have a good chance to clinch at least one home playoff game, if not home field advantage over the whole playoffs.

When looking at the previous two meetings this season, and adding in the recent form of both clubs, it’s fair to assume Pacific will have more possession on Saturday. What went wrong during the 3-0 Wanderers’ win in June was Pacific’s inability to create good goalscoring chances despite having more of the ball, as well as the leaky backline that has since been rectified. So, if Pacific play like they have recently – on the front foot but with enough defensive awareness to still keep things solid at the back – they should come away with a victory over a struggling Halifax squad. Specifically though, Pacific will need to keep an eye on Sam Salter (8 goals) up front and be wary of the ball retention ability of Andre Rampersad and Jeremy Gagnon-Lapare in midfield who can keep the ball and earn frustrating fouls better than almost anyone in the league.