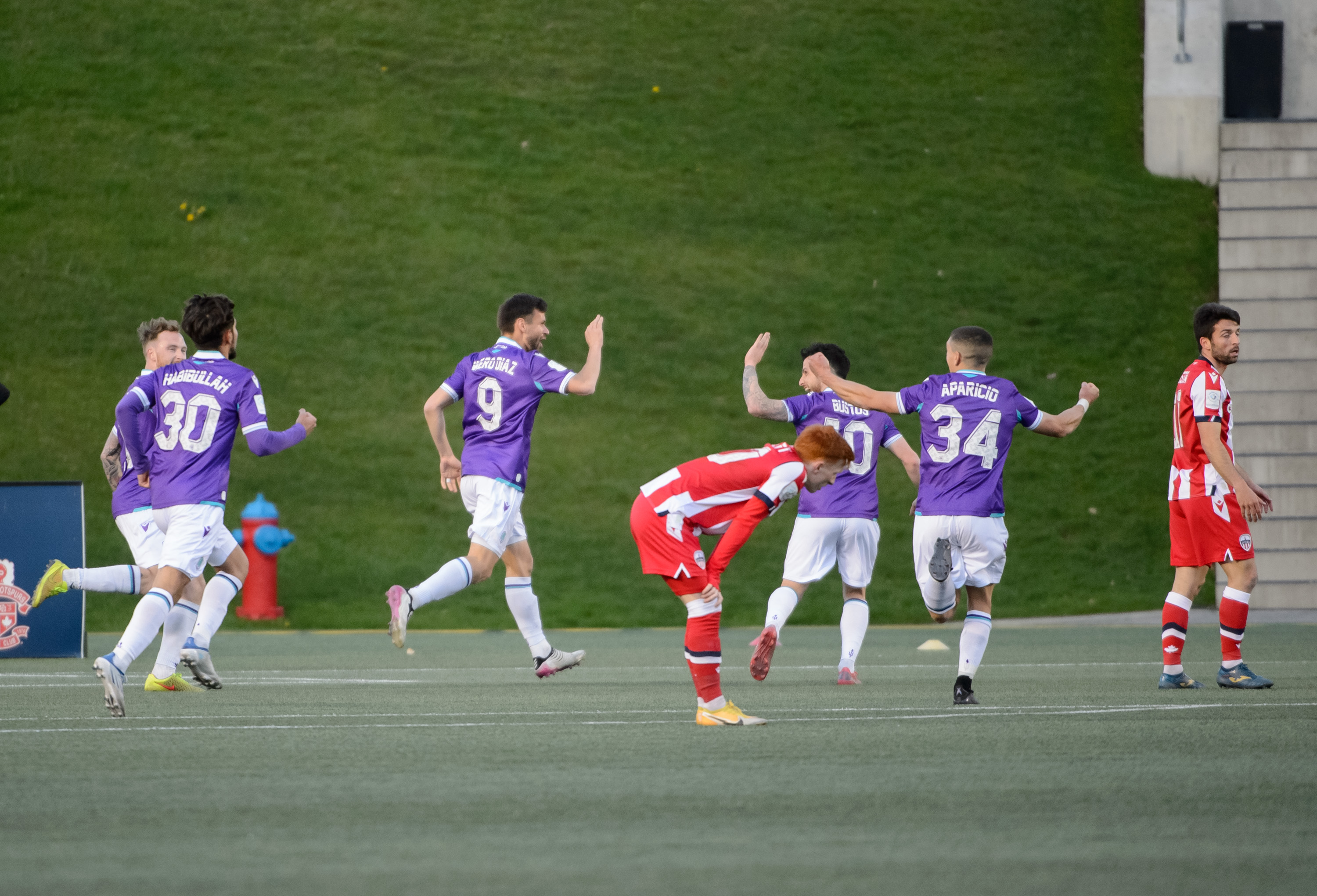 Only a few weeks into the 2022 season, Pacific FC travels to the nation’s capital for the second and final time this regular season. Last time in Ottawa, Pacific grabbed a 1-0 victory and will now be looking to do the road double over a very good Ottawa team currently in third place. A win for Pacific would extend their lead at the top of the table and start this second road trip of the season off on a great note.

Two straight draws (in the league) at home have set Pacific’s momentum back a little after the club’s blazing start out of the gates, but the Tridents still sit top of the league after nine games played. Ottawa on the other hand has started to really push on recently and are unbeaten in their last three matches, all on the road.

Pacific FC will feel very happy with the winning percentage they hold in this matchup. Winning three out of five previous matches bodes well for the Tridents, especially with one of those victories coming just a month ago last time they travelled to Ottawa. But a positive for the hosts on Sunday, was that Pacific were caught on the back foot on multiple occasions last time these teams played, and won thanks to a mesmerizing goalkeeping performance.

After a frustrating season with injury in 2021, Meilleur-Giguère has been a rock at the back for Pacific to start 2022. The 24-year-old has played in eight of nine matches so far this season and has helped the Tridents keep three clean sheets. On the ball, Meilleur-Giguère is crucial to Pacific’s style of play. The centre-back leads the league in passes completed with 584 and has even created four chances by stepping out from the back. Meilleur-Giguère was destined for more of a starring role at Pacific before injuries held him back last season, now it seems he’s reminding everyone who forgot just how talented he is.

The Ottawa captain quickly became a fan favourite in the nation’s capital thanks to his no-nonsense defending and personality on and off the pitch. Aside from the slightly dubious red card he picked up in Ottawa’s opening match, the 31-year-old defender has been massive for this new-look team in 2022. With a host of new players joining the team in the offseason, it’s a big credit to the captain’s leadership that the team gelled so quickly and has shown plenty of ability to upset the established teams at the top of the table. Ottawa has only lost one match of the five Beckie has played in so far this season, and the defender’s ability to line up at both right-back and centre-back allows the team to play in different styles depending on how he lines up.

Although the latest homestand didn’t see the kind of results Pacific would’ve wanted, the Tridents still sit top of the league – four points ahead of Ottawa and Cavalry FC with one more game played than the two. A victory over Ottawa on Sunday would be a huge bump for Pacific as the gap appears to be closing between them and the challengers.

For Ottawa, it’s been a season of highs and lows so far. Two wins in their first two games saw them level with Pacific at the top of the league early on, however, a 6-1 loss to Valour FC on April 24th proceeded a four-match run of no wins, including the loss to Pacific on May 7th. Ottawa has since won back-to-back games on the road to steady the ship and give them a 4-2-2 record on the season.

If we take a look at the last match between these two, it was almost solely on the shoulders of Callum Irving that Pacific took all three points in the end. Sometimes that’s the way you have to win, but ideally Pacific won’t have to rely on another other-worldly display between the sticks to end up victorious on Sunday. Last time in Ottawa, Pacific dominated possession but conceded 23 total shots while only getting off eight of their own. The Tridents should set out to control possession again but look for the defensive unit ahead of Irving to be wary of Ottawa’s exceptional counter-attacking ability. If the Tridents are able to stifle Balou Tabla, Malcolm Shaw and Brian Wright – easier said than done – they’ll be confident in their own attacking unit’s ability to grab at least one goal, just like Alejandro Diaz did last time in the 1-0 victory.