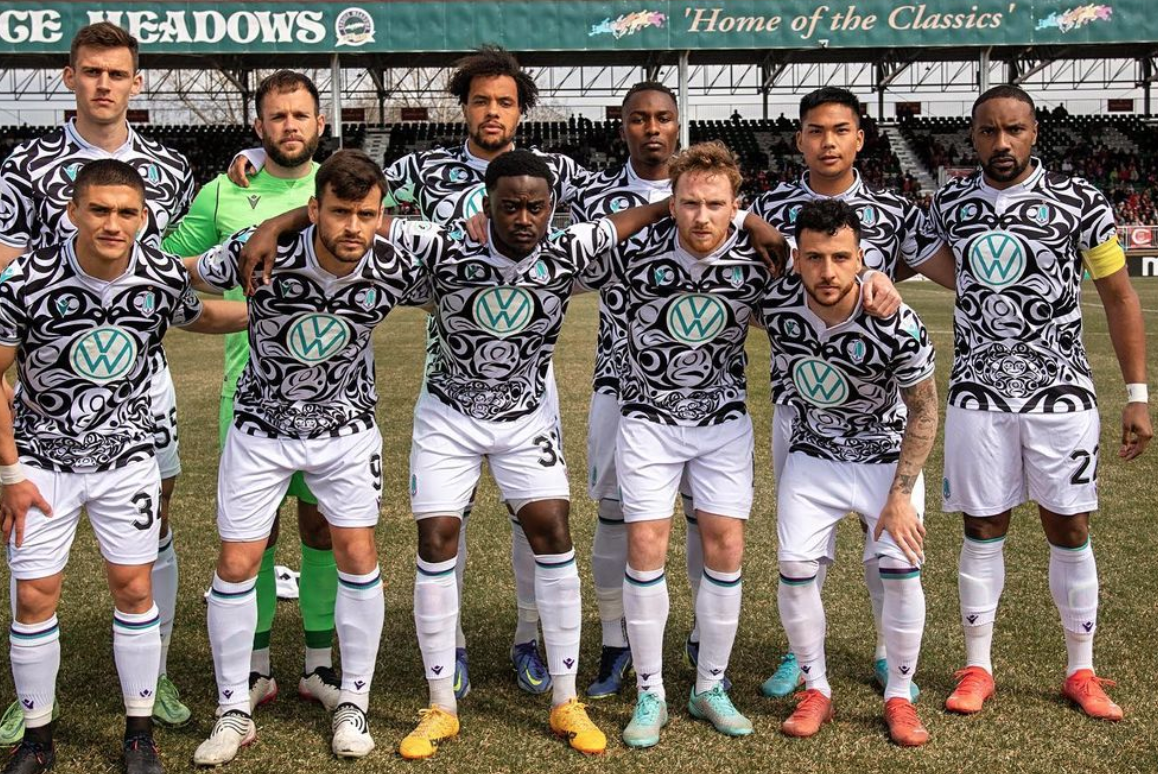 Not a lot on Sunday… Pacific did win almost twice as many duels as Cavalry on the day, which is a tad surprising given the physicality Cavalry played with and the amount of fouls they racked up. Those fouls helped Cavalry break up any of Pacific’s attacking moves but the Tridents were still able to create a few good scoring chances.

Taking a step back, a loss doesn’t have to feel like the end of the world. This is the kind of team that learns from its mistakes and has strong leaders that will hold the team accountable. Every team has a match or a couple matches they aren’t happy with during a season, but the sign of a good team is the ability to bounce back. Expect that to be the case when the boys step on the pitch next Saturday.

Playing against Cavalry means playing against an aggressive, physical unit. It’s difficult to match their level of physicality but Pacific has done it in the past and will definitely do so next time. Going forward, the attacking moves will return to their usual quickness and cohesiveness. And finally, given the leaders in this group – especially in the defensive part of the squad – the defensive mistakes will undoubtedly tighten up quickly.

Pacific has one more match on the road before a triumphant return to Starlight Stadium on May 14. Next weekend’s match against Atletico Ottawa will be an interesting early-season clash between the two top teams in the table. Ottawa have looked solid defensively (aside from the 6-1 trashing against Valour) but Pacific should be able to move the ball against their deep defensive unit and find some gaps.

“We didn’t score, and at the end of the day the teams that score win.”#CanPL l Sights and Sounds ⬇️

I know this is a Pacific FC Match Report and I pick PFC moments in this segment – and in a sporting sense its frustrating to come away with a lose/get shutout – but, frankly, seeing Marco Carducci back on the pitch was great and if anyone is going to keep a clean sheet against you I’m happy it was him after the difficult offseason he had.

There aren’t many places harder to make your first his first professional start than away to Cavalry, but Mukumbilwa showed many positive signs throughout a difficult afternoon for the team. The 21-year-old right-back has not played many professional minutes yet in his young career, and although not everything went right for him on Sunday, he’ll be better because of the experience. Mukumbilwa had six recoveries, three clearances, 1 interception, 1 block and had a tackle success rate of 100% against Cavalry, showing the defensive side to his game. He also completed 33/39 passes and had a dribble success rate of 100%. In a frustrating match, Mukumbilwa showed he can grow into the role as the season progresses and has plenty to build on despite a frustrating first professional start.