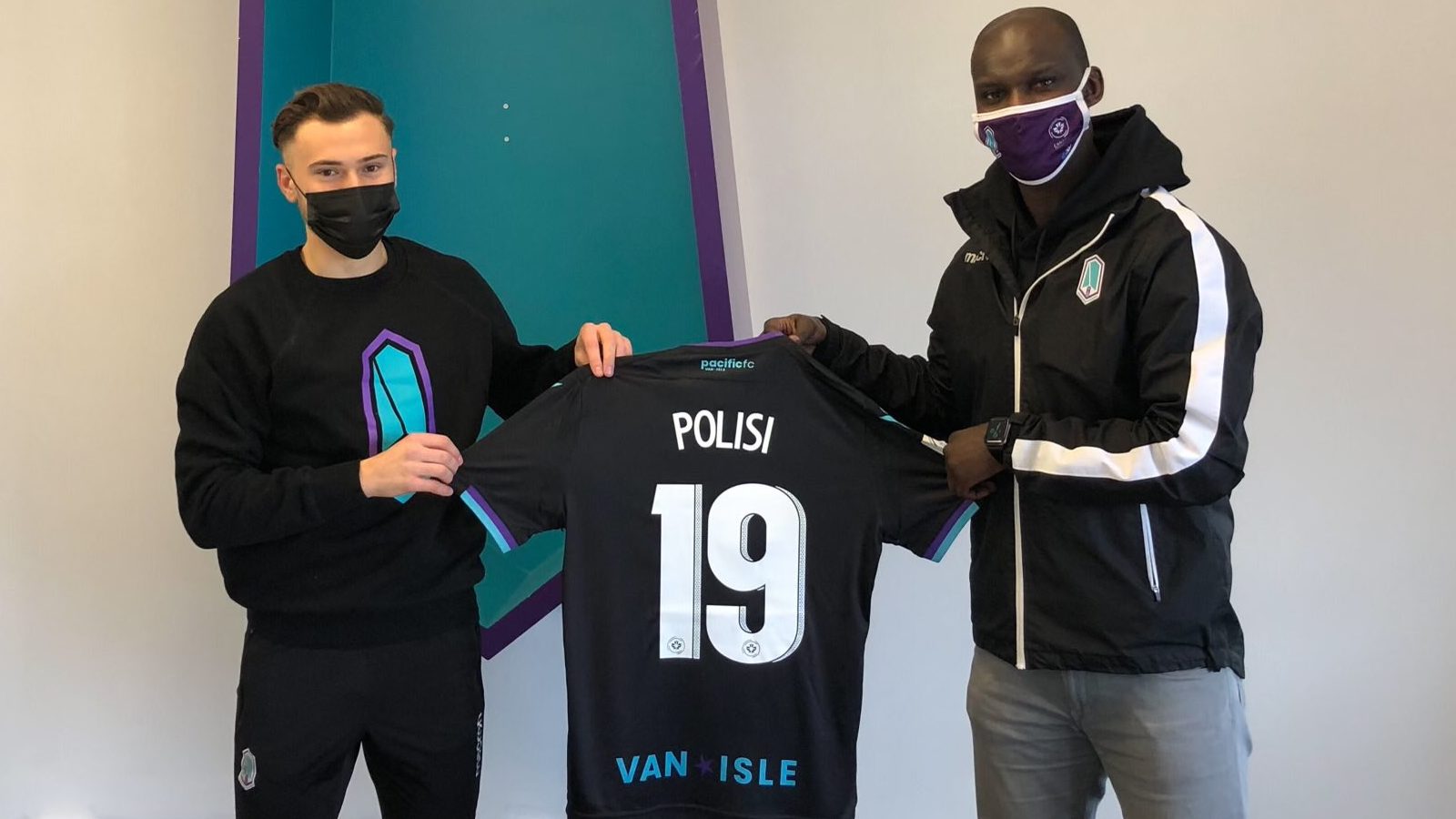 Plenty of CPL players over two years have come through Canadian universities, and plenty still found their way here from the NCAA.

There aren’t many, however, who did both. Such is the case for Pacific FC’s Matteo Polisi, who played his college soccer at the unique Simon Fraser University in Burnaby, B.C. – the only Canadian school that competes in the United States in NCAA’s Division II.

Polisi, a Coquitlam native, played three seasons at SFU (the fourth unfortunately cancelled due to COVID-19) after stints with the academies of MLS outfits Vancouver Whitecaps and Portland Timbers. His time at the university was a rousing success, of course: he led the team in scoring every year, finishing with 36 goals and 18 assists in 52 games.

Playing for SFU was no walk in the park, though; playing in the Great Northwest Athletic Conference against teams as far afield as Montana, Idaho, and Oregon – not to mention more than a few trips to California – is quite the grind for anybody trying to complete an education at the same time.

“The amount of travel we were doing was ridiculous,” Polisi told CanPL.ca.

He added: “The time management aspect, for all the players on the team, it was challenging. We made it work, some guys had to do exams on the road, but it was good, it was fun.”

Polisi, 22, spent much of his time at SFU sharing a pitch with his older brother, Marcello. Since they’re very different midfielders, they were apparently able to do some real damage alongside each other.

“Honestly it was awesome, a lot of fun,” the younger Polisi recounted. “I think it showed on the field, our chemistry, linking up play. He plays as a (no. 6), I play as a 10, so it was a great connection in the midfield. He was able to find me a lot.”

So, on the back of some excellent years in college – Polisi was twice named an NCAA Div. II All-American, and in 2018 he was the West Region’s Player of the Year; he left SFU as the school’s 11th all-time leading goalscorer – he set out in hopes of a professional opportunity.

Polisi declared for the 2021 MLS SuperDraft, but he wasn’t ultimately selected. He had trialed with Pacific FC in the Fall, though, and he was quick to seize his chance in the CPL.

Fortunately, he’s not completely new to the Pacific group. In fact, many of the squad are former teammates of his from the Whitecaps academy.

“Pretty much all the guys from Vancouver, I had heard of, and kind of growing up watched them play – some of the older guys, like (Marco) Bustos, Callum (Irving),” Polisi explained.

“And then the guys my age, Terran (Campbell), Kadin (Chung), (Matthew) Baldisimo, I played with when I was younger. So I’m pretty familiar honestly with a lot of the guys on the team from B.C.”

Pacific’s strategy of building around young, B.C.-born players has worked out pretty well so far in two years of the CPL, and Polisi is evidence that they’re sticking to that plan.

Polisi is an ambitious player – at the very least, he’s hoping to contribute on the scoresheet as much as possible for the Tridents.

Fortunately for him, the club’s aims are high as well.

“Pacific is a top team in the CPL and I think the quality of players that we have on the team is very high,” he said. “Trainings are always very intense, (Pa-Modou Kah) is a very demanding coach of his players, but I’m enjoying it. I think I’m learning a lot and growing as a player.

“I can’t wait to get started with the league with games and get rolling.”