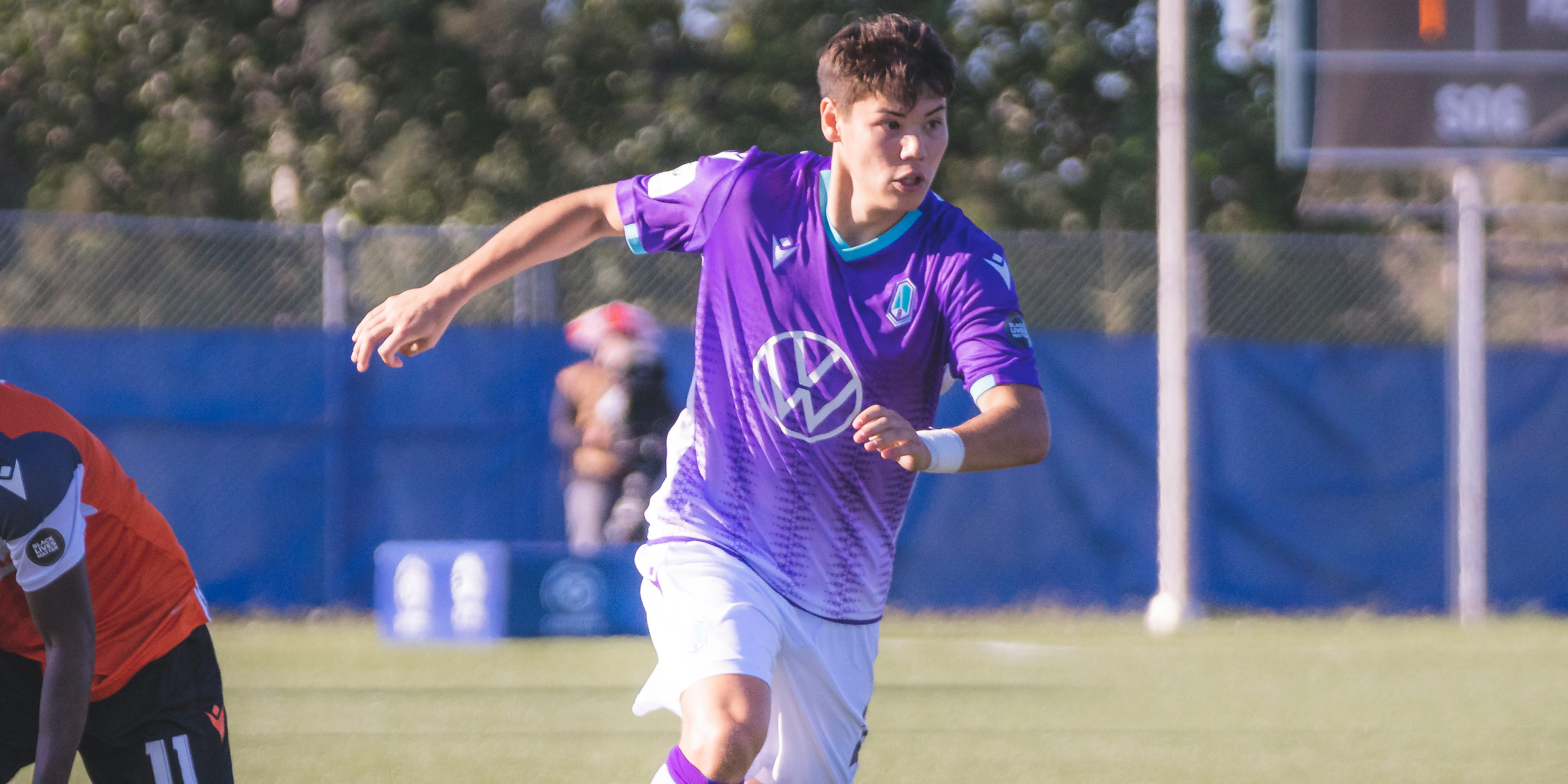 All season long, CanPL.ca reviewed key performers from each Canadian Premier League match, giving due credit to players who impressed over 90 minutes. Now, we offer this one last look at standout performers for Pacific FC to bring a close to an exciting second CPL campaign.

It was a solid sophomore season for Pacific FC in the CPL.

The Tridents finished the 2020 season with a 4-2-4 record after an incredible final match in the second round against HFX Wanderers FC – a 5-0 win featuring Marco Bustos’ record-breaking two-goal, two-assist performance.

PFC’s campaign peaked in the first stage, though, specifically in a do-or-die game against FC Edmonton. Bustos cut inside and fired a dramatic shot towards the far post that guaranteed their second-round spot.

… See where this is going? Pacific relied on a couple of starlets to make their Island Games run what it was.

While he came up short, losing to Kyle Bekker at Awards 2020, he was Pacific FC’s player of the year by a mile. The 24-year-old scored five goals at The Island Games, landing second in the Golden Boot race and leading the league in assists with three.

Bustos made good on his high-profile off-season move from Valour FC, slicing through defences and boosting fellow PFC attackers such as Victor Blasco and Alejandro Díaz with his movement and creativity, which culminated in a record-setting two-goal, two-assist performance in their second-round finale against HFX Wanderers.

His shining moment, though, came in the final game of round one. Desperately needing all three points against FC Edmonton to advance, Pacific fell behind 1-0, only to claw back to 1-1 with half an hour to go. Pacific took five shots in the last 20 minutes, three of them by Bustos – the final of which was his favourite moment of The Island Games.

Cutting from the right, Bustos slotted home Pacific’s biggest goal in club history so far. After re-signing with PFC this off-season, it’s clear Bustos is ready for another run at MVP.

What they said: “Oh, and Marco Bustos for MVP.” – Pa-Modou Kah in his final press conference at The Island Games.

Coming over from Ottawa Fury, the 23-year-old Repentigny, Que., native earned the trust of Pa-Modou Kah right away, going on to play every minute of the Island Games and shined bright in a dynamic PFC side – enough to earn a high place on CanPL.ca’s Top 23 under 23.

He won possession 54 times, more than any other defender at The Island Games, and ranked second in interceptions with 25 in 10 matches.

The 22-year-old was a force at right fullback in 2020, showing talent on both sides of the ball in his nine appearances at The Island Games. A native of Port Coquitlam, B.C., Chung is one of the best fullbacks in the CPL in duels and taking on opposing defenders 1v1, having dominated the right side with teammate Bustos throughout the tournament.

His smart forward runs allowed Bustos the space to push forward and create, as evidenced by 75 completed passes in the attacking third.

Going back towards Pacific’s goal, Chung was surprisingly sturdy considering his attacking tendency. An unfortunate penalty committed against Forge in round two was one of only a few examples of him ever being overrun on an at-times exposed right-hand side.

What they said: “Is there a better right back in Canada? I don’t think so.” – Kah on Kadin Chung’s impressive Island Games.