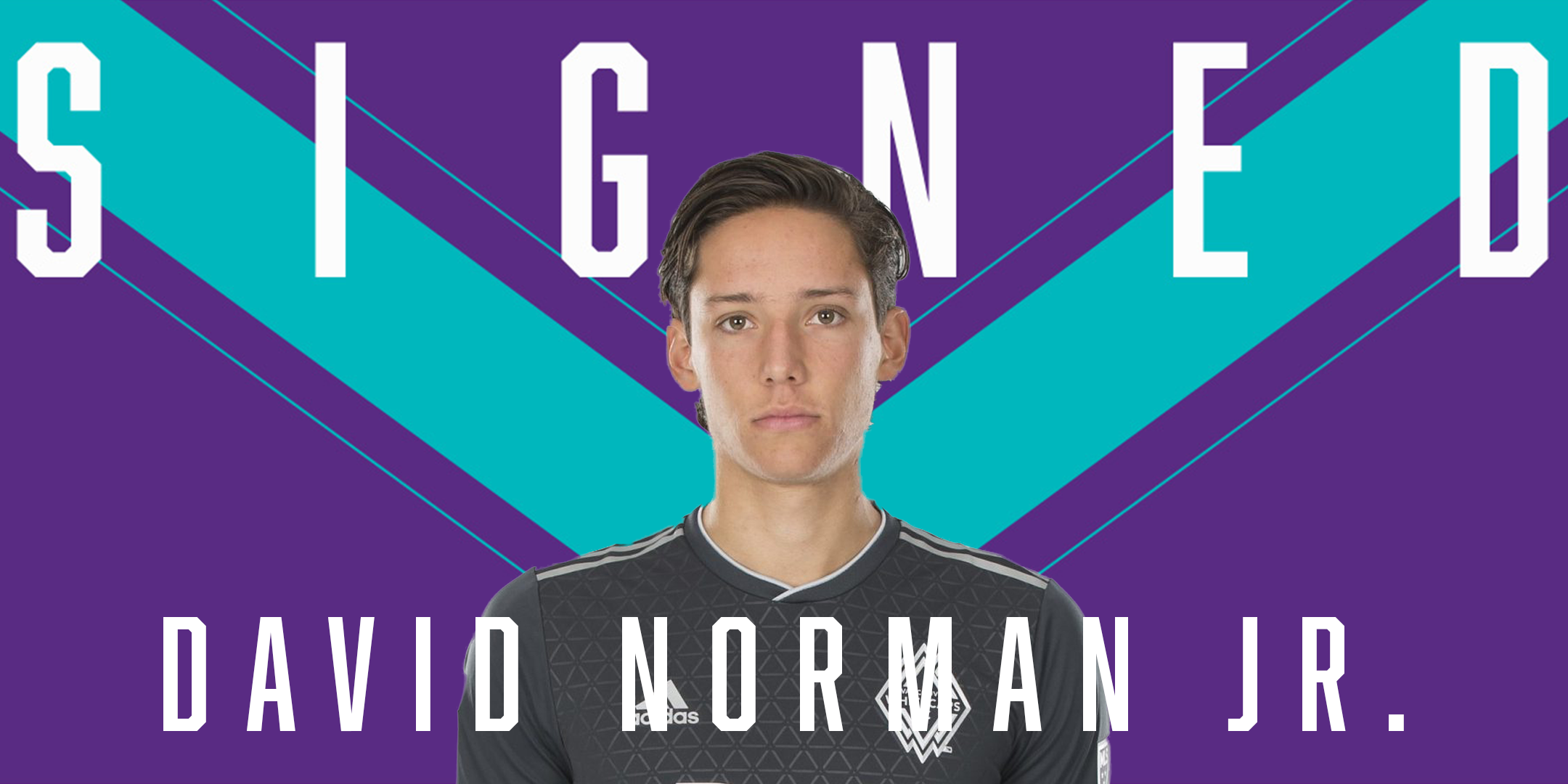 Vancouver Island – Pacific Football Club has added midfielder David Norman Jr. on loan from the Vancouver Whitecaps FC of the MLS for the remainder of the 2019 CPL season.

The 21-year-old product of Coquitlam, British Columbia, began in the Whitecaps youth program at the age of nine. Following one year at NCAA Division 1 side Oregon State University in 2016, where he led the team in assists as a first year, Norman Jr. signed with Whitecaps FC 2 of the USL.

The 6’ 2’’ midfielder was named Player of the Year for Whitecaps 2 after leading the team in assists, chances created and duels won. Signing with the Whitecaps in December of 2017, Norman Jr. was loaned to Scottish side Queen of the South, playing 12 first team games.

“David is a player we tried to sign day one, so we are extremely lucky to have finally landed him,” commented Pacific FC CEO Rob Friend. “He’s coming off a strong season in Scotland last year, and extremely motivated to be part of our club for the remainder of the season. We are looking forward to seeing David in purple.”

On the International stage, Norman Jr. has represented Canada at the U15, U17 levels and most recently with Canada’s U23 side that featured in the Toulon Tournament which included Pacific FC player Noah Verhoeven.

Pacific FC are back at Westhills Stadium on Wednesday, September 4th to face Forge FC at 7:00 pm PDT.