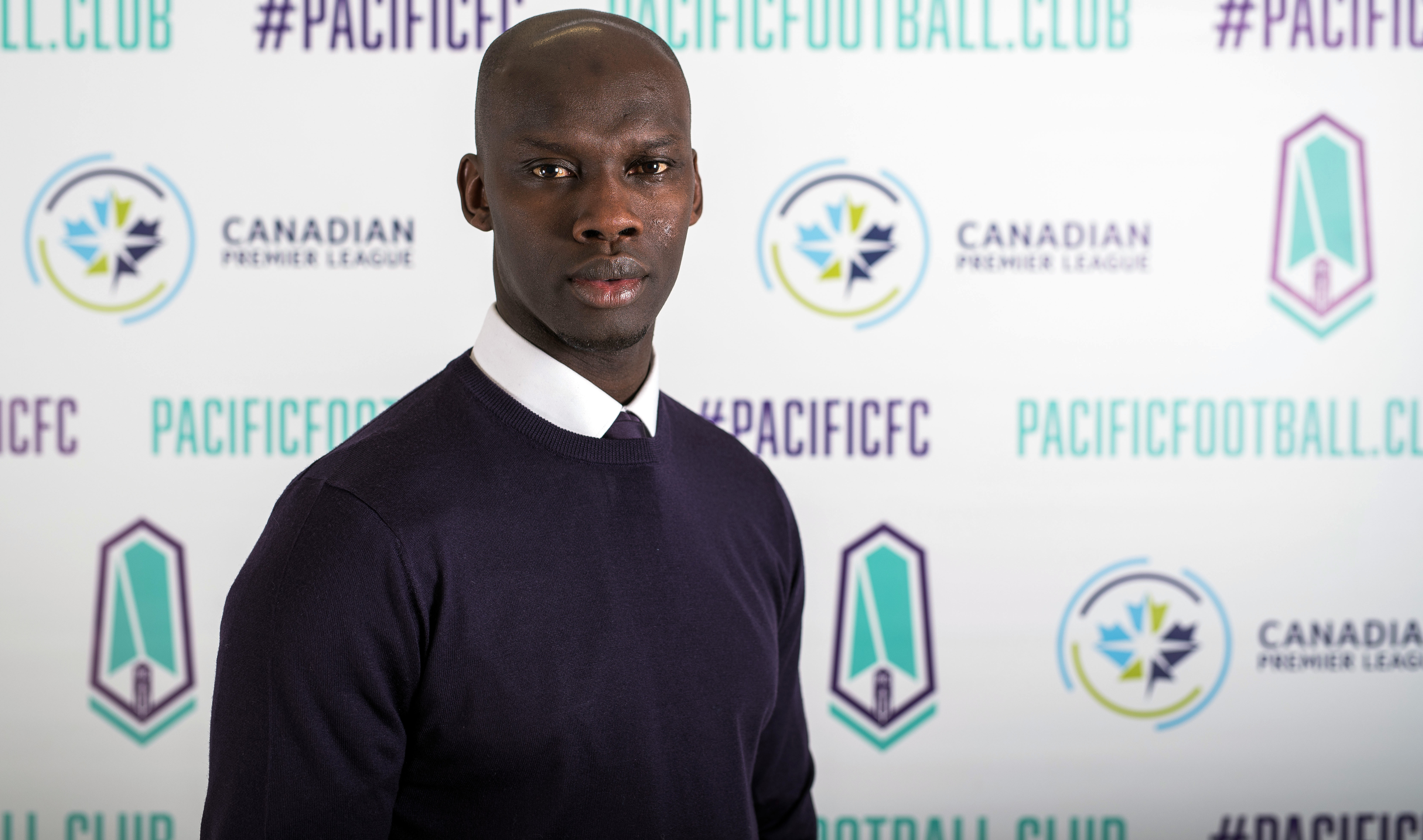 Victoria, BC (January 14, 2020) – Pacific FC is pleased to announce the appointment of Pa-Modou Kah as Head Coach, with the former Norwegian international earning his first role at the helm of a club.

Kah, who last worked as the Assistant Coach at MLS side FC Cincinnati and also played alongside Pacific FC player Marcel de Jong at Dutch club Roda JC. He joins the club in his first role as a Head Coach, having previously worked as an Assistant Coach with Whitecaps FC 2.

“This Island has a proud soccer history, a place where you can create a great environment, and play a part in developing soccer in Canada,” said Kah. “It’s exciting to be part of a league that is giving kids a chance to play in their homeland and build toward the World Cup.”

A former ten-time Norway national team member, Kah also featured at the club level with over 400 professional appearances playing throughout the top leagues of Norway, Sweden, Holland, Qatar, Saudi Arabia, USA and Canada, most recently with the Vancouver Whitecaps FC – all qualifications that made him a first-choice candidate.

“Pa is a leader with an impressive background on and off the field,” said Rob Friend, CEO, Pacific FC. “We are extremely fortunate to have secured someone of this profile, who understands the North American market, has international connections, and ultimately is very familiar with a majority of our players.”

Joining Kah on Pacific’s technical staff will be James Merriman, who assumes the role of Associate Head Coach and Technical Director. Joining Kah and Merriman will be Riley O’Neill as an Assistant Coach and Youth Staff Coach, while Neil Sedgwick will take over as the Manager of Youth Development.

O’Neill, a product of Campbell River, represented Canada in the 2005 FIFA Under-20 World Cup, the University of Kentucky Wildcats in the NCAA, German sides SV Wilhelmshaven and Eintracht Braunschweig before joining Finish outfit Myllykosken Pallo -47. O’Neill has been coaching locally in the VISL for Vic West FC and now joins the Pacific FC’s coaching team.

“With the new coaching roster we have put together, we have some of the best player development coaches in the province, if not the country,” said Josh Simpson, President, Pacific FC.  “We are investing heavily in youth and we’re proud to be able to provide this level of professional coaching to aspiring players on the Island.”

Kah will continue to work with his team to build the club’s roster in the coming weeks and months ahead of the league’s kick-off in April.