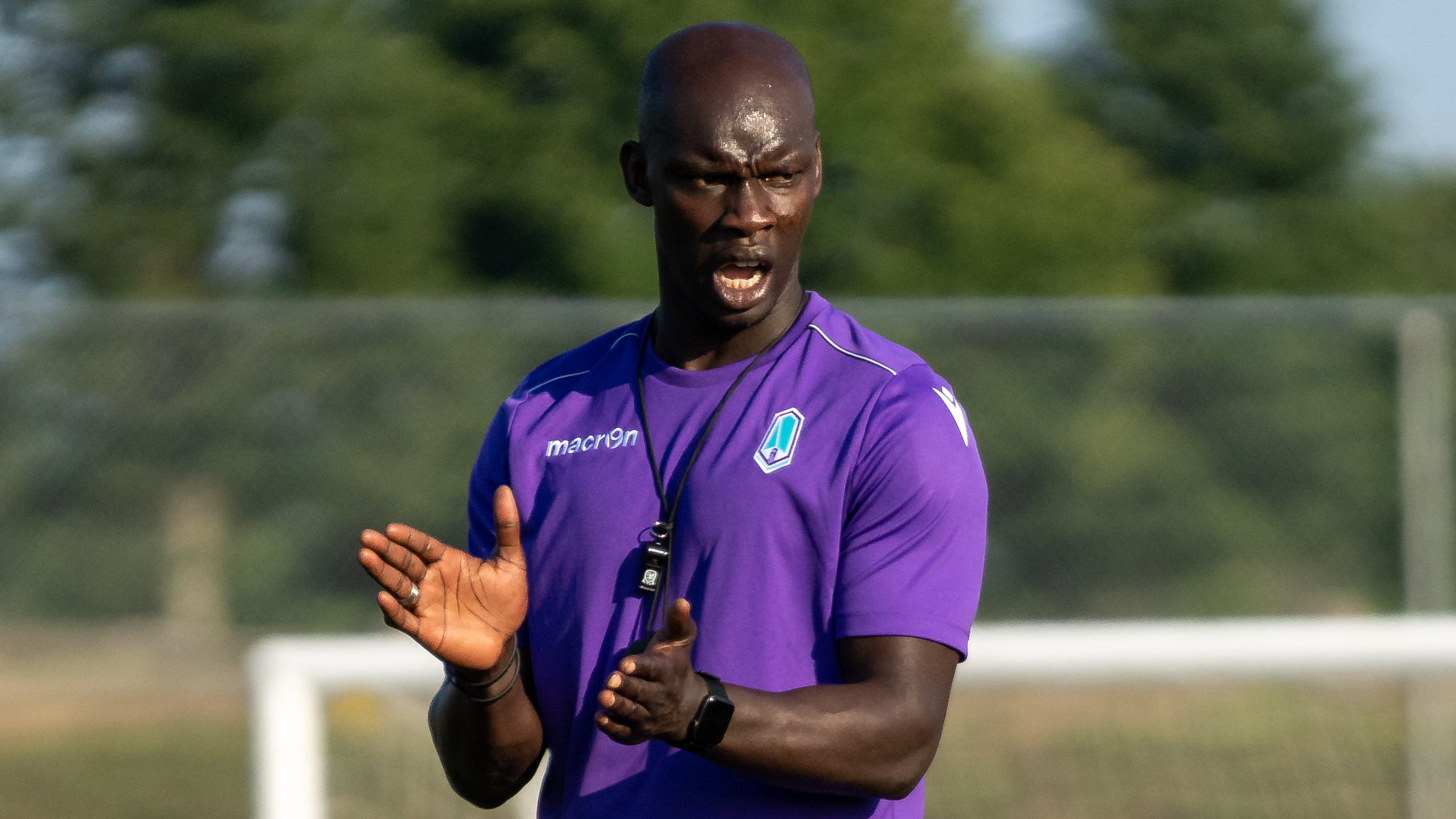 Some projects take time to complete.

Although Pacific FC had an excellent 2020 CPL season, qualifying for the second round of The Island Games and playing some of the most entertaining football in the league, their work is far from done. Coach Pa-Modou Kah, himself no small part of the team’s astonishing growth last year, has stressed that his project with the club is ongoing.

For that reason, Kah is delighted to have almost his entire squad from 2020 returning for 2021. With the exception of Zach Verhoven (and the status of Noah Verhoeven still undetermined), everybody from The Island Games is back with Pacific, including MVP candidate Marco Bustos, star fullback Kadin Chung, and 16 others.

“We all felt like these boys had proved their worth at The Island Games,” Kah told CanPL.ca this week. “I think the way that we are as a club and the things we want to do, it was right just to bring the boys back because it’s hard to judge players upon seven games.”

He added that for him, having seen his players make progress in 2020, it was vital to ensure stability in the roster and allow the young players to keep developing together.

RELATED READING: CPL off-season roster tracker – Who’s in and who’s out for 2021?

“Continuity for me as a coach is very important. Now you’re here with players that understand how you work. You talk about culture, all of those things matter in the decisions that we make with these players,” Kah explained.

“It’s very important that you have continuity rather than chopping and changing every single year. That means that you always are getting new players, that again have to adapt and learn a new way of playing, new teammates, and it doesn’t always work. For us the group that we have, we have a mainly young Canadian group, which is very important as well.”

When Pacific returned to Vancouver Island after the 2020 season, Kah asked the group if they wanted to continue training for a few more weeks. According to him, the response was a resounding yes — and now, he says the players are all anxious to get back to the Island as early as possible.

The Tridents finished fourth in both the first round and group stage at The Island Games, missing the final but ending their campaign on a resounding 5-0 victory over HFX Wanderers FC. Having seen their performances in 2020, Kah was happy to keep the band together and look to take another step forward in 2021. Still, that doesn’t mean Pacific will be complacent with its squad.

Kah teased that the club is still looking to strengthen areas of the roster with one or two more signings, having already added former York United FC captain Manny Aparicio to bolster the midfield.

“(We’ll) add another couple of pieces here and there to make us stronger,” Kah revealed.

“It’s about other players that will fit into what we have right now. For us the first thing is to look in the country to see what domestic players we have that can help us, which young players. And then we’ll look outside to see, okay, which players internationally fit into our squad and our vision and model.”

Pacific have definitely leaned on Canadians in the past, with Alejandro Díaz the only player occupying an international slot in 2020. That’s by design, according to Kah.

“That’s why the CPL is great, for the younger Canadians that are coming into this league to be able to have a platform where they can develop” he explained. “And then if we find great international players that we can elevate the level and make the league better, then you must take it. But I do believe looking inside the country is very important.”

The coach added that the recent success of Canadian players abroad — Alphonso Davies, Jonathan David, and so on — does have an impact on recruiting international players for the CPL, who may be more intrigued by Canada than they might previously.

“You have to look inside at what the country has to offer,” Kah said. “I do believe that Canada as a whole is a developing country that people are getting curious about, because of the two young Canadians that make noise. Especially Alphonso winning the Champions League, getting called up for the Best 11 in the world, and then Jonathan David moving (to Lille OSC). I think people are getting more and more curious about Canada.”

Ultimately, Kah intends to add internationals who will have a positive impact on their Canadian teammates, and help set a high standard for training. Alejandro Díaz, for instance, fits the bill for Pacific, having played for one of the continent’s biggest teams in Club América.

No matter who they may add to the roster, though, it’s pretty easy to see what Pacific will look like in 2021. The squad will be quite similar, which — for a young, growing team — is perhaps the best thing they could ask for. Bustos will still lead the attack, and Thomas Meilleur-Giguère will be back as the sturdy young centre-back we all saw in PEI.

The Pacific FC project that Kah began in 2020 is not yet complete. Really, it’s just getting started.