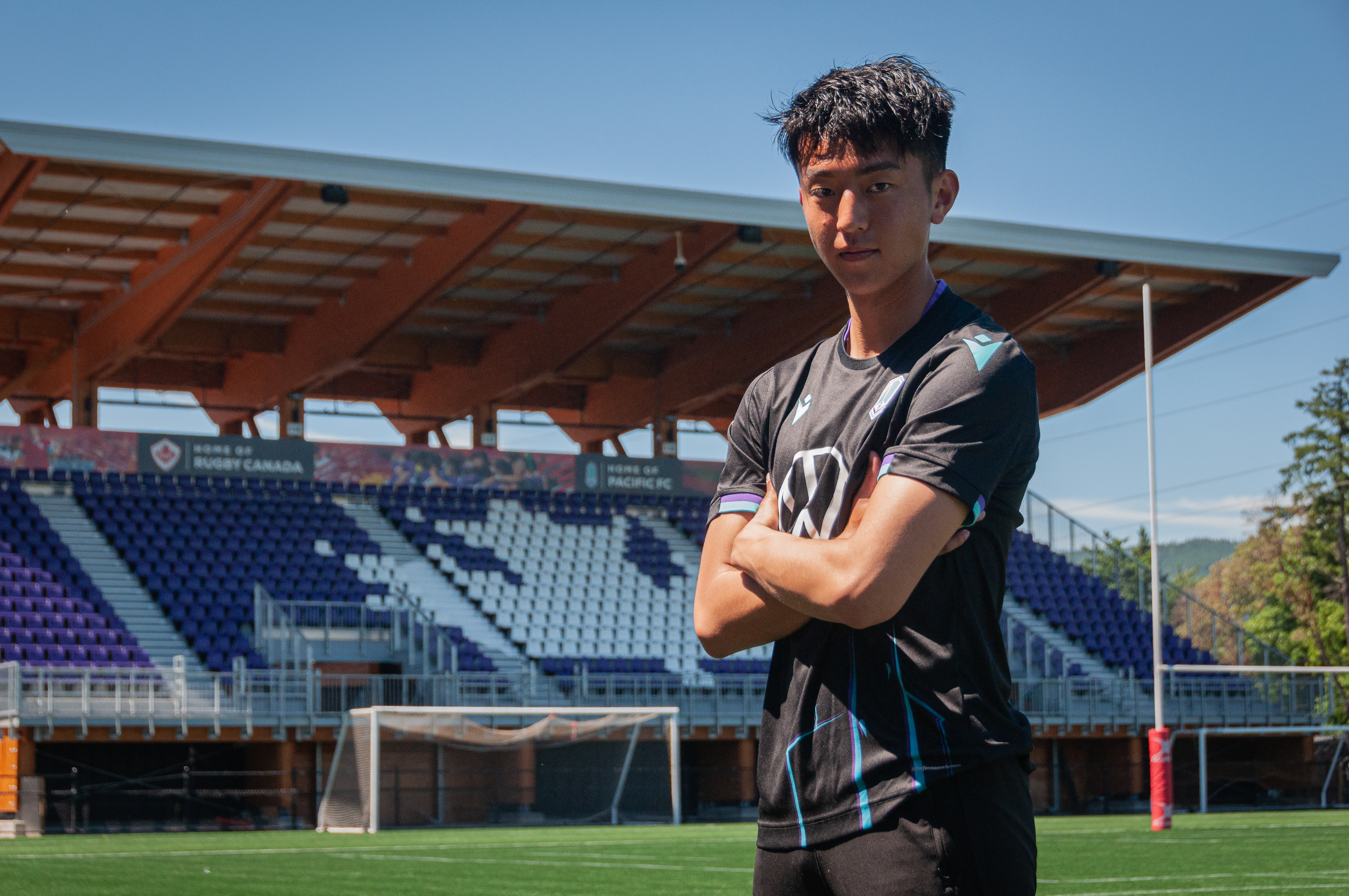 Pacific FC are pleased to announce the signing of defender Chris Lee to a U-Sports Developmental Contract for the 2021 CPL season. The fifth overall pick in the 2021 U-Sports Draft, Lee is a left-sided fullback with experience in the Vancouver Whitecaps Residency Program. Lee joins Pacific FC from the UBC Thunderbirds where he is a kinesiology student.

“It feels amazing. I feel very accomplished and very proud of where I’m at, but I’m also not
completely satisfied. There’s a lot more that I can do and I trust the players and the coaching
staff to push me to my limits and get me even more to where I need to be.”

Lee comes to the Island ready to embrace the challenges of playing professional soccer as well
as the change of pace in lifestyle from Vancouver.

“I’ve been here a couple times, and I love it here. It’s a great city. It’s definitely different from
Vancouver but I’ve been settling in nicely, the players have welcomed me with open arms and
the coaching staff too. It’s definitely a nice change.”

“Spending five years with the Whitecaps helped me grow as a player and as a person a lot. Like
learning about life skills (because) this is the first time I’m living away from Vancouver. And with
the Whitecaps, especially the last couple years, playing against men has really helped my game
on the physical side.”

Lee’s goals for the upcoming season are clear and come down to one word: winning.

“I’m here to do what I can for the team, I’m here to bring my qualities.”

After settling in and being around the squad for a while now, Lee has some words of
encouragement for Pacific FC fans.

“Let’s all be excited for the upcoming season, all of us are working really hard here, the players
and staff. There’s exciting things to come.”

Pacific FC will begin their season on June 26th at 2:00pm PST against HFX Wanderers as part of the Kickoff in Winnipeg. Pacific FC will return to Starlight Stadium in August. 2021 Season Tickets are now available starting at $22/month! Stay tuned to pacificfc.ca and follow the club on Twitter, Instagram and Facebook for the latest news.