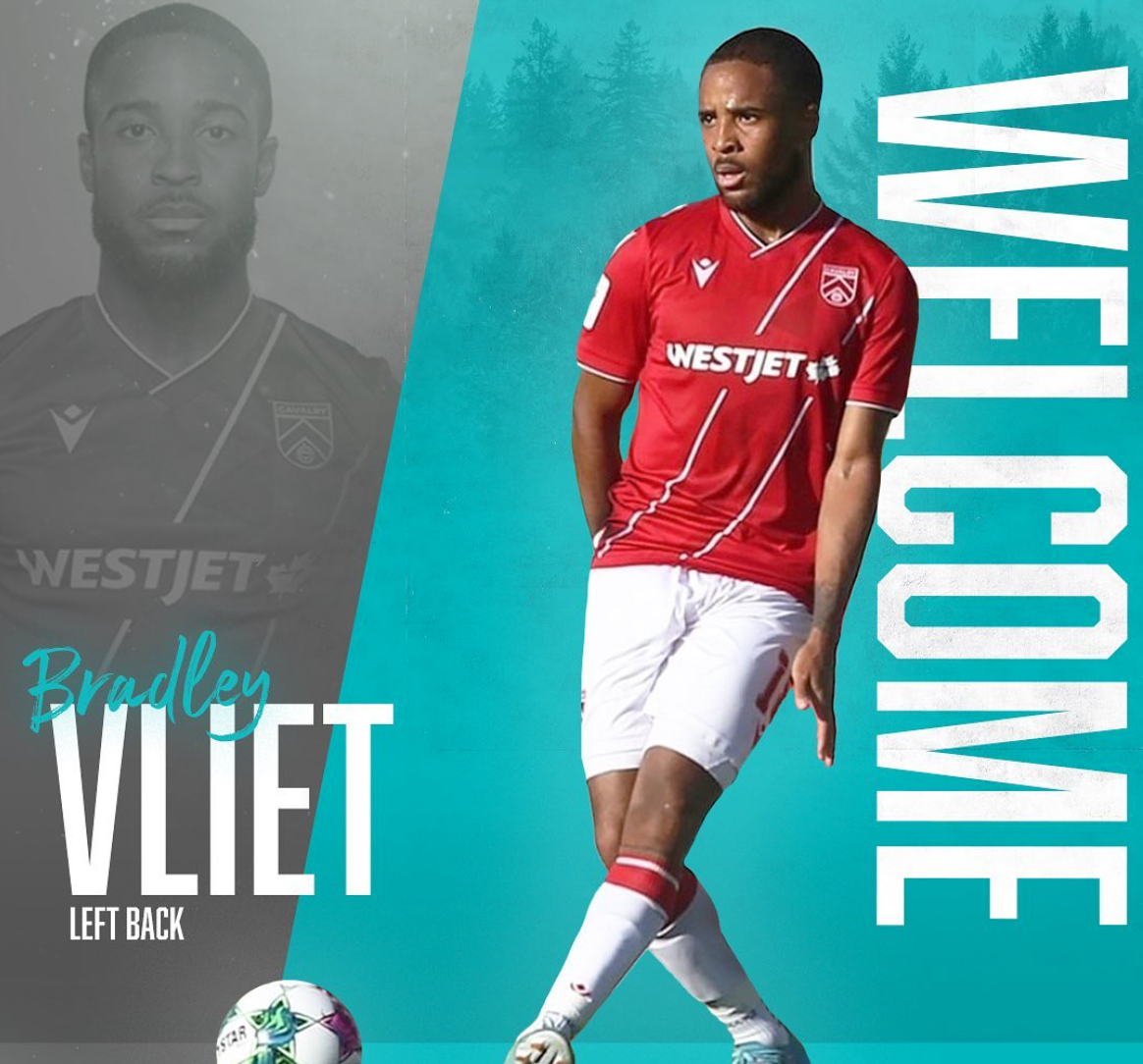 Langford, BC – January 13, 2023 – Pacific FC today announced the signing of free agent left-back Bradley Vliet to a two-year contract plus a club option for 2025.

Dutch-born Vliet, 24, will be familiar to fans of the Canadian Premier League, after most recently representing Cavalry FC in 2022.

“Bradley is a dynamic left back who fits our style of play very well,” said James Merriman, Head Coach, Pacific FC. “His Dutch development background and experience in our league makes him a great signing for us.”

The native of Rotterdam grew up in the youth programs of Sparta Rotterdam, Feyenoord and NAC Breda and has stints with SC Cambuur and SC Telstar in the Netherlands and Croatia’s NK Locomotiva prior to making his professional debut. That came as a 22-year-old in August 2020, for FC Dordrecht back in his home country.

Vliet made 28 appearances for FC Dordrecht between the summer of 2020 and last April, when he signed for Cavalry. He represented the CPL squad 21 times in his lone season in Alberta, logging one assist. Vliet impressed with his speed and driving runs on the wings, finishing fifth among Cavalry players in crosses and corners at season’s end.

“Bradley is very comfortable on the ball, he’s got good control with his left foot, good passing range and importantly quality in his cross,” said Merriman.