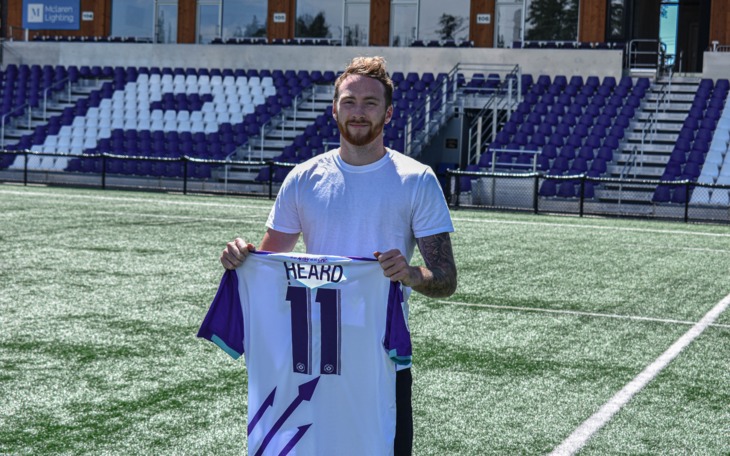 “Signing such an established professional player who’s come through the Vancouver Island soccer community is extremely rewarding,” said Rob Friend, CEO, Pacific FC. “Josh is a huge addition to the club as we head into our 2020 season.”

Heard, 25, was born in Cardiff, Wales but moved to Victoria when he was three. As a youth he played for Lakehill Soccer Association, and later Victoria Metro and Highlanders. Heard was coached by Dave Ravenhill at the Centre for Soccer Excellence at Reynold’s Secondary.

Heard spent his post-secondary career playing for University of Washington and was selected 71 overall in the 2016 MLS draft by the Vancouver Whitecaps. He committed instead to United Soccer League side Bethlehem Steel. In 2018, Heard signed with USL team Real Monarchs in Salt Lake City. He went on loan the following year to Austrian third-tier side Pinzgau Saalfelden.

Standing at 5 feet 8 inches tall, Heard plays at both at defence as well as in the midfield.

“Josh is an Island boy who brings experience from Europe and the USL,” said Pa-Modou Kah, Head Coach, Pacific FC. “I am looking forward to seeing him wear our colours and represent this club with pride and dignity.”

Pacific FC heads to Charlottetown, Prince Edward Island next week for the beginning of the 2020 season. The made for TV event – The Island Games – will commence on Thursday, August 13.