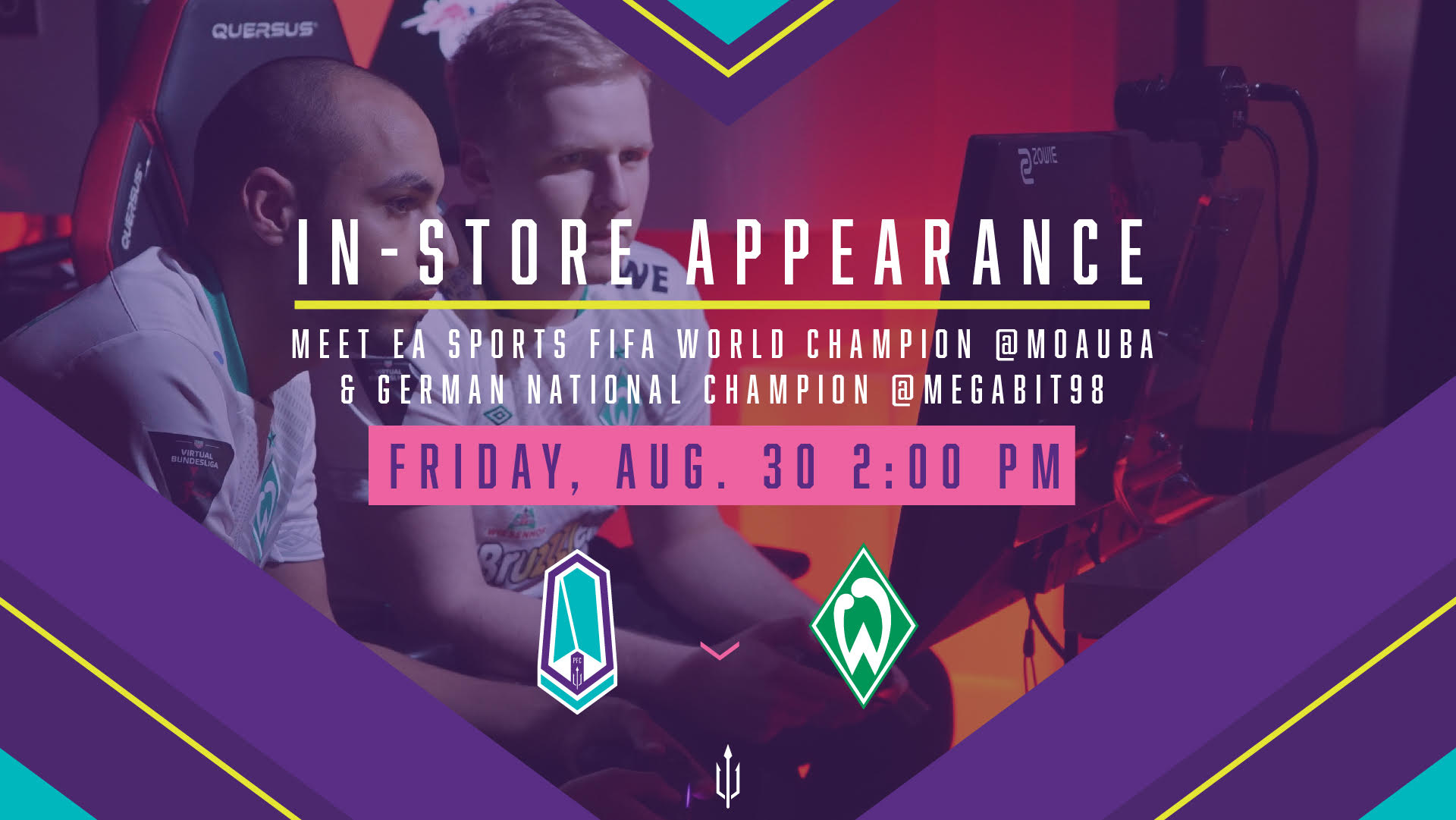 Vancouver Island – Pacific Football Club announce the official visit of Werder Bremen eSports FIFA players Michael Bittner (MegaBit98) and Mohammed Harkous (MoAuba). The FIFA players will arrive on Vancouver Island this week to learn more about the Canadian Premier League side in addition to an in-store appearance at 2:00 pm on Friday at Pacific FC’s Fan Shop.

“We’re extremely pleased to welcome Michael and Mo to Canada’s West Coast,” commented Pacific FC VP of Operations Brad Norris-Jones. “This week is an opportunity to grow the beautiful game and learn about the ever growing world of eSports.”

The eSports duo have made headlines worldwide as two of the best in the world and the two best German FIFA players in the world.

Together they won Germany’s eSports Club Championship for Werder Bremen. MegaBit98 won the German singles championship, while MoAuba won the World Cup in August, the most important title in FIFA eSports.