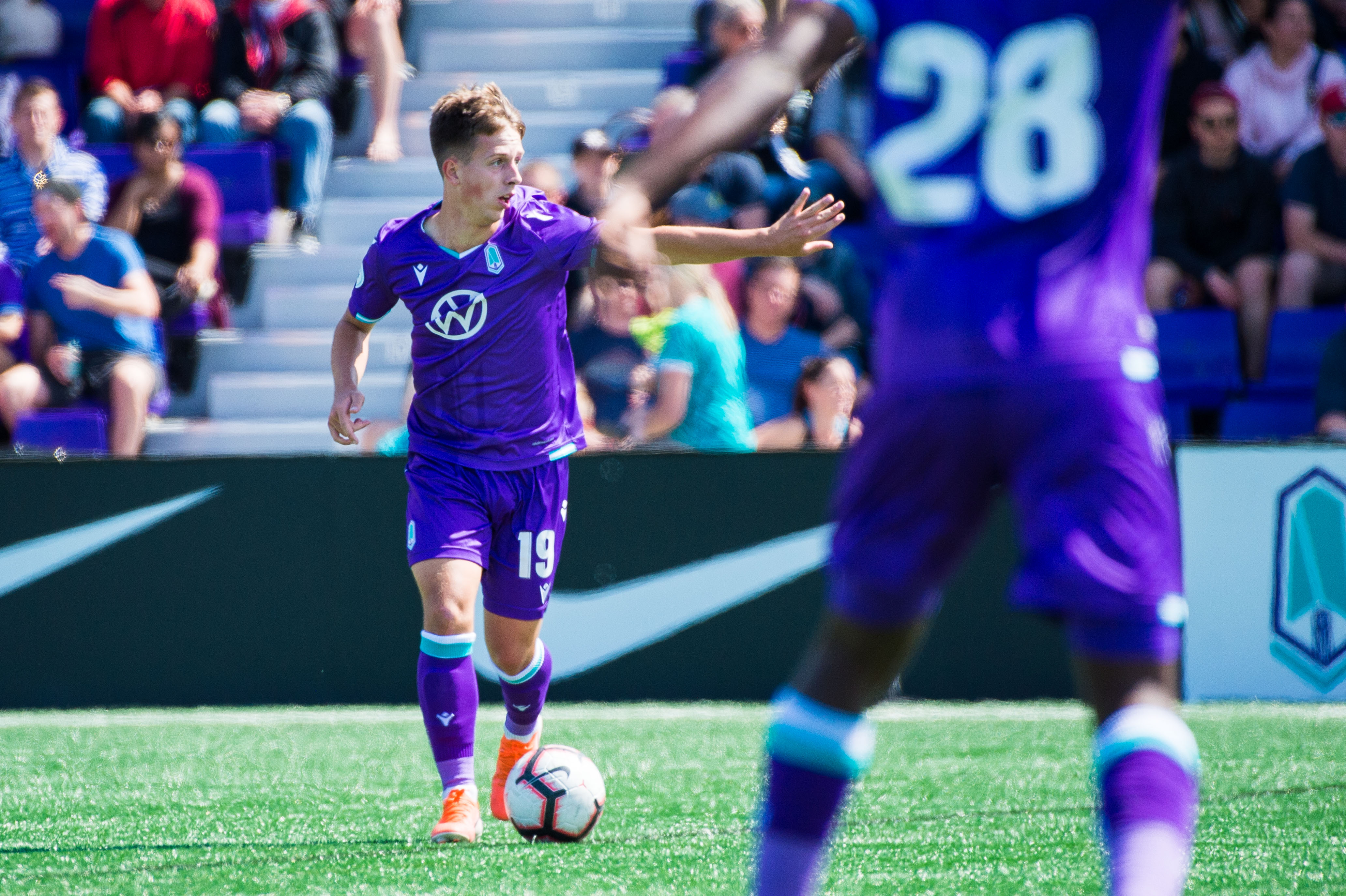 VANCOUVER ISLAND – Noah Verhoeven is not one for sitting still.

Like the rest of us, the 20-year-old Pacific FC midfielder is adjusting to the concept of social distancing during the current COVID-19 pandemic.

There may be no Pacific player more motivated to start the 2020 Canadian Premier League season than Verhoeven. An early spark for the club last spring – it was then-19-year-old Verhoeven’s corner kick to Hendrik Starostzik that led to the Tridents’ first-ever goal – the central midfielder is eager to prove he’s put 2019’s growing pains behind him.

After starting the first 16 matches of the CPL season under former coach Michael Silberbauer, Verhoeven watched his minutes dwindle as his form varied from virtuosic (four chances created on 82.9 per cent passing vs. Valour FC, May 1) to uninspired (28 touches, 0 chances created vs. Forge FC, Sept. 4).

“I think it’s no secret that last season, I kind of started strong … and then just fell off,” Verhoeven admitted.

“A little bit of adversity,” is how Pacific’s associate coach James Merriman described it, “whether it be just not getting into the lineup, or maybe not having as much success as in weeks prior.”

For a player accustomed to succeeding – Verhoeven was just 18 when he lifted Canada’s U-21 team to a 1-0 win over Turkey at the 2018 Toulon Tournament – the adjustment to the rigours of the CPL’s schedule was a wake-up call. It forced the Pacific midfielder to reassess.

“Do I have to focus more on my recovery, so that these games, when we play Sunday, Wednesday, Saturday … I’m ready for the next one, and my body’s feeling better? Or is it maybe working on other things?” the former Fresno FC product explained.

Verhoeven’s strengths come from an ability to see the pitch better than most, but the diminutive central midfielder struggled at times with translating that vision to results. As Pacific’s season wore on and injuries mounted, Verhoeven faced difficulties, too, with playing fullback for a back line stretched threadbare.

“I definitely learned a lot from it,” Verhoeven said. “I had a couple tough games there where I didn’t understand the positioning and ended up getting exposed, honestly.”

Over the off-season while training at South Surrey’s Snap Fitness, Verhoeven worked on curtsy squats, lateral drives, and one-legged kettlebell circles to improve his strength and conditioning. On the pitch, the five-foot-nine midfielder focused on boosting his performance in the attacking third. Of all CPL central midfielders and central attacking midfielders, Verhoeven ranked 10th in opportunities generated from open play; his 16 chances created were less than half of Tristan Borges (36), Manuel Aparicio (35), and Kyle Bekker (33).

“It’s always something that I’ve been working towards and trying to develop at: the final pass, the final shot,” Verhoeven said.

It’s a skill new Pacific coach Pa-Modou Kah has hammered home the importance of, too. At one of PFC’s first training sessions, Kah interrupted the practice and challenged Verhoeven for not playing a through ball on a three-on-two.

“Noah is maybe one of the technically gifted in the whole CPL,” Kah told CanPL.ca. “And I know what Noah can do. He has the highest expectation of himself.”

Verhoeven added: “Pa’s not going to beat around the bush. As a player, I think that’s what everybody wants to hear.”

The biggest hurdle Verhoeven may face this season is finding a space in the starting lineup. Newcomer Marco Bustos – barring a surprise of all surprises – should claim a spot in the central attacking midfield, and competition on the wing will be tight, with the return of Victor Blasco and Zach Verhoven. Then figure that Jamar Dixon will be battling for a spot in the defensive midfield with Alessandro Hojabrpour and Matthew Baldisimo.

Kah, for his part, remains confident the 20-year-old will factor into his plans: “There’s another position I can see him play and cause a lot of havoc when he plays there, because he’s such an intelligent player.”

As for Verhoeven, if it takes coming on as a substitute? That’s fine, too.

“All the teams that end up winning leagues, wherever you look, depth is a huge component of that,” Verhoeven said. “Every player should drive the standard – and if we hold each other accountable, then who knows what can happen this season?”