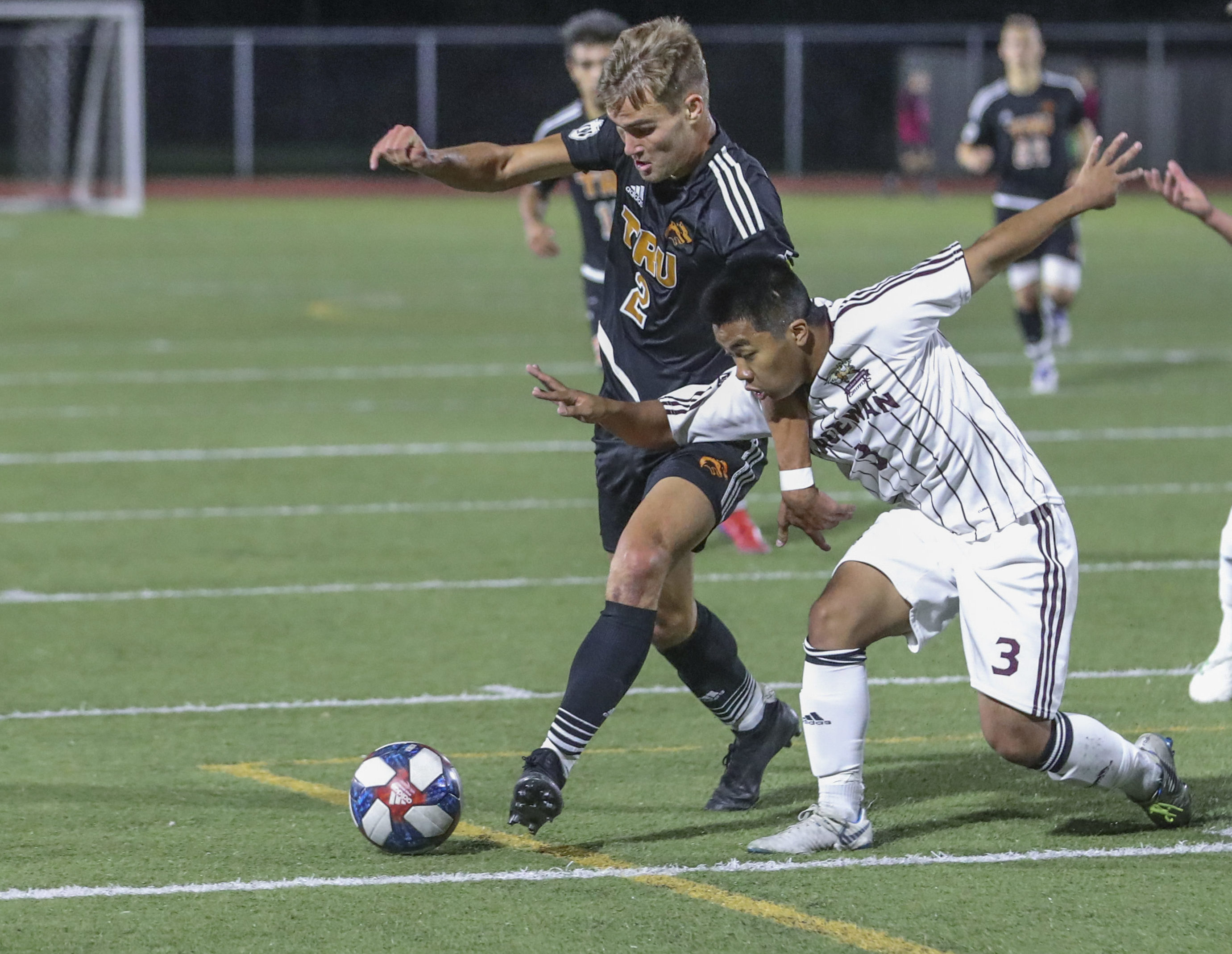 Vancouver Island – The 2019 CPL – U SPORTS draft is in the books, with Pacific Football Club (PFC) selecting TRU Wolfpack’s Jan Pirretas Glasmacher and UBC Thunderbirds’ Thomas Gardner with the third and 12th picks overall. PFC’s 2019 picks, Pirretas and Gardner will join the Vancouver Island club for the 2020 pre-season.

The league’s partnership with U SPORTS, Canada’s governing body for university sport, continues to pave a clear pathway for top-level, student-athletes such as Pirretas to reach the professional level.

“Being drafted into the CPL means a lot to me as it shows that hard work pays off,” commented Pirretas. “Pacific FC is the team I wanted to be drafted by, as I am a big fan of the Island and the people there.”

“It is great for CPL teams as there is a big pool of talent in USPORTS,” added Pirretas. “An annual draft makes sure that players that deserve to go to the next level get a chance to do so.”

Born in Barcelona, Spain the defender has dual citizenship with both Germany and Spain. Pirretas has an impressive youth resume playing with U.D. Cornelia in Spain’s top tier, the same academy that has developed top Spanish talent including Pacific FC’s Victor Blasco.

While at Cornelia, Pirretas was invited to train with Germany’s U15 national team and represented Germany at the U16 national team a year later. The 21-year-old joined English side Blackburn Rovers FC’s U18s and played two seasons in the Youth English Premier League followed by a season with the U-19s of German side Bayer Leverkusen.

Pirretas is eager to get started with the Vancouver Island contingent, following the draft call from Interim Head Coach James Merriman.

“I had a brief conversation on the phone with James,” said Pirretas. “He congratulated me on getting drafted and talked to me about expectations and getting fit to be at the highest level possible for camp.”