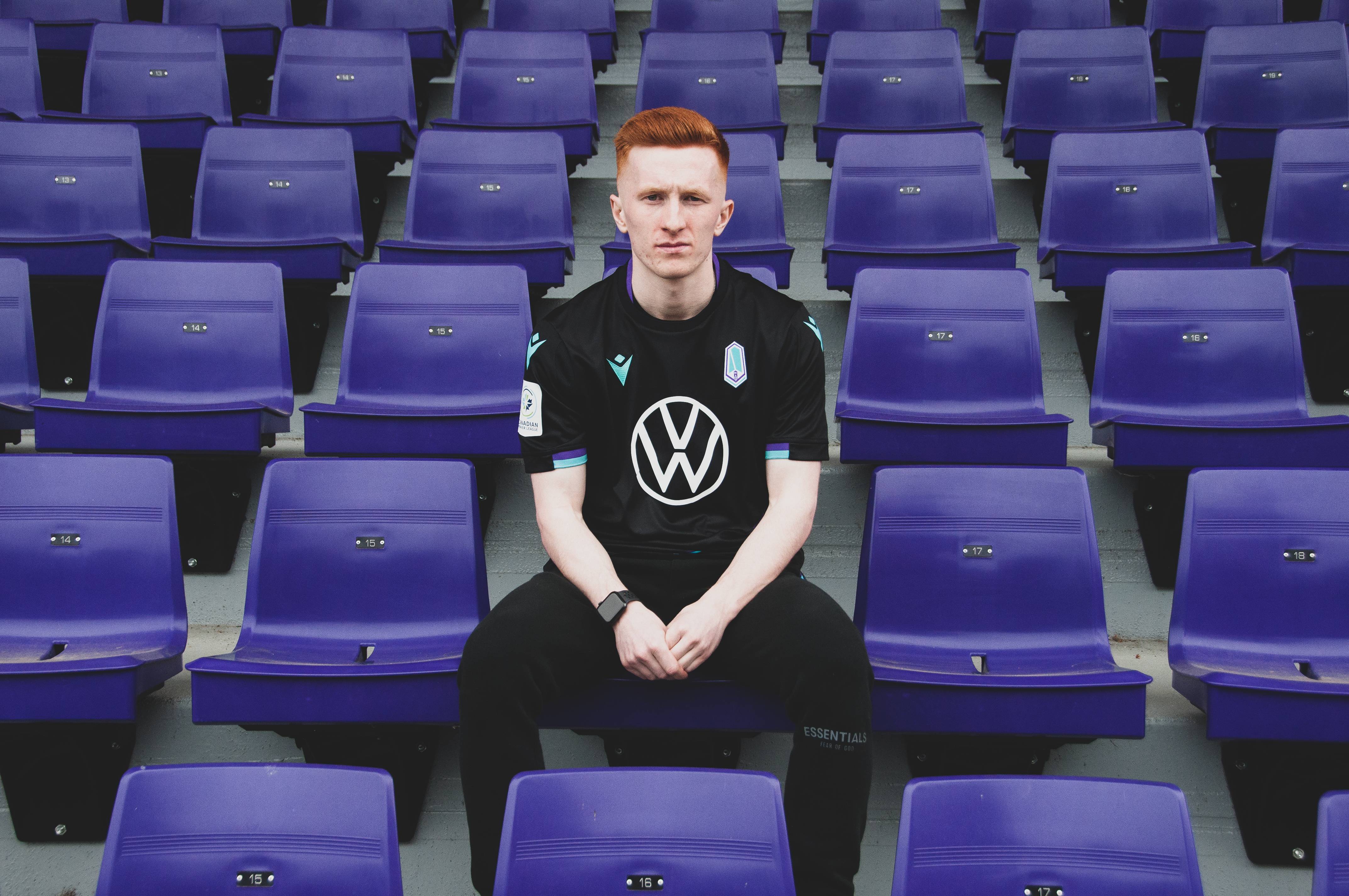 Pacific FC are pleased to announce the signing of midfielder Ollie Bassett. A Northern Ireland youth international, Bassett is a flexible attacking player, capable of playing either as an attacking midfielder or a winger.

Bassett has a unique football journey and his stops along the way have provided him with the experience needed to settle in an unfamiliar country.

Not every kid gets the chance to develop in a Premier League club’s academy, receive hands-on learning in the lower leagues in England, and travel to Oceania to mature on and off the field, but the stories Bassett can tell from his history in the game will be a welcome addition to this Pacific FC squad.

“When I first went to New Zealand it was quite tough because it was the first time I’d played in a different country and been so far away from my family and friends,” says Bassett, “but I think having that experience in the past and dealing with it will only help me settle in quicker when I can start training and start getting out and exploring (the Island).”

“Going through the ranks at (Aston) Villa – I was there from 7 to 16 – that definitely helped me with and without the ball, probably more with the ball because everything they do in training revolves around having lots of touches of the ball, so I think that stood me in good stead. The same with Southampton too because they’re run pretty similar.”

“Then after I left (Southampton) I played in (The English Football) League Two with Yeovil Town which is completely different to academy football, it’s men’s football, so I was kind of chucked in the deep end but that got me used to playing against men in the professional game from a relatively young age so I think that’s definitely helped me. I’ve carried that with me for the past few years and took that with me to New Zealand and then Australia.”

While playing professionally, and learning in the academies of two storied English clubs, Bassett was able to go up against some tough competition. When reflecting on who the most notable opponent he faced was, the man who scored the winning goal in a European Championship final isn’t a bad name to pull.

“One player I did play against when I was at Yeovil was the guy that scored the winning goal in the Euro final for Portugal, the striker Eder, when he was at Swansea we played a friendly against them.”

Bassett’s football journey now lands him in a country he’s never visited before, but certainly one he’s been interested in since the league’s inception.

“I’m just really happy to join Pacific. As soon as the league was created I had my eye on coming to the CPL to play football. So as soon as my agent told me Pa was interested in signing me it was a no-brainer really. I’m extremely grateful to the coach and the club for the opportunity.”

“This is my first time in Canada. I’ve been to the States a few times but I’ve never been to Canada or Victoria before so it’s all new to me. I like it from the little I’ve seen so far.”

Bassett hasn’t been able to explore the Island as he would’ve liked, after only recently finishing his mandatory quarantine, but he’s heard enough to be excited about his new home and the quality of the league he’ll play in.

“From what people have said Canada is just a really nice country – especially the island, people have spoken quite highly about it from the people I’ve spoken to. As for the league, I’m expecting it to be a tough and competitive league, and one that’s still growing; it’s only a couple years old so it can only get better. I’m really looking forward to playing in the league and testing myself against some of the best players.”

So what can Pacific FC fans expect from their new arrival?

“I like to get on the ball and create chances for my teammates and hopefully chip in with a few goals myself. My personal goal is just to play as many minutes as possible, take my opportunity when it comes, help the team as much as I can with goals and assists, and work as hard as I can whenever I get the chance to play.”

“As a collective we want to win the league, we don’t want to hide away from that, we just want to win and that’s all we want to do. We’ll just be training every day as hard as we can and hopefully come the end of the season we can be a championship winner.”

“I’m just really looking forward to meeting all the fans (when it’s possible) and hopefully we can have a really good season together.”