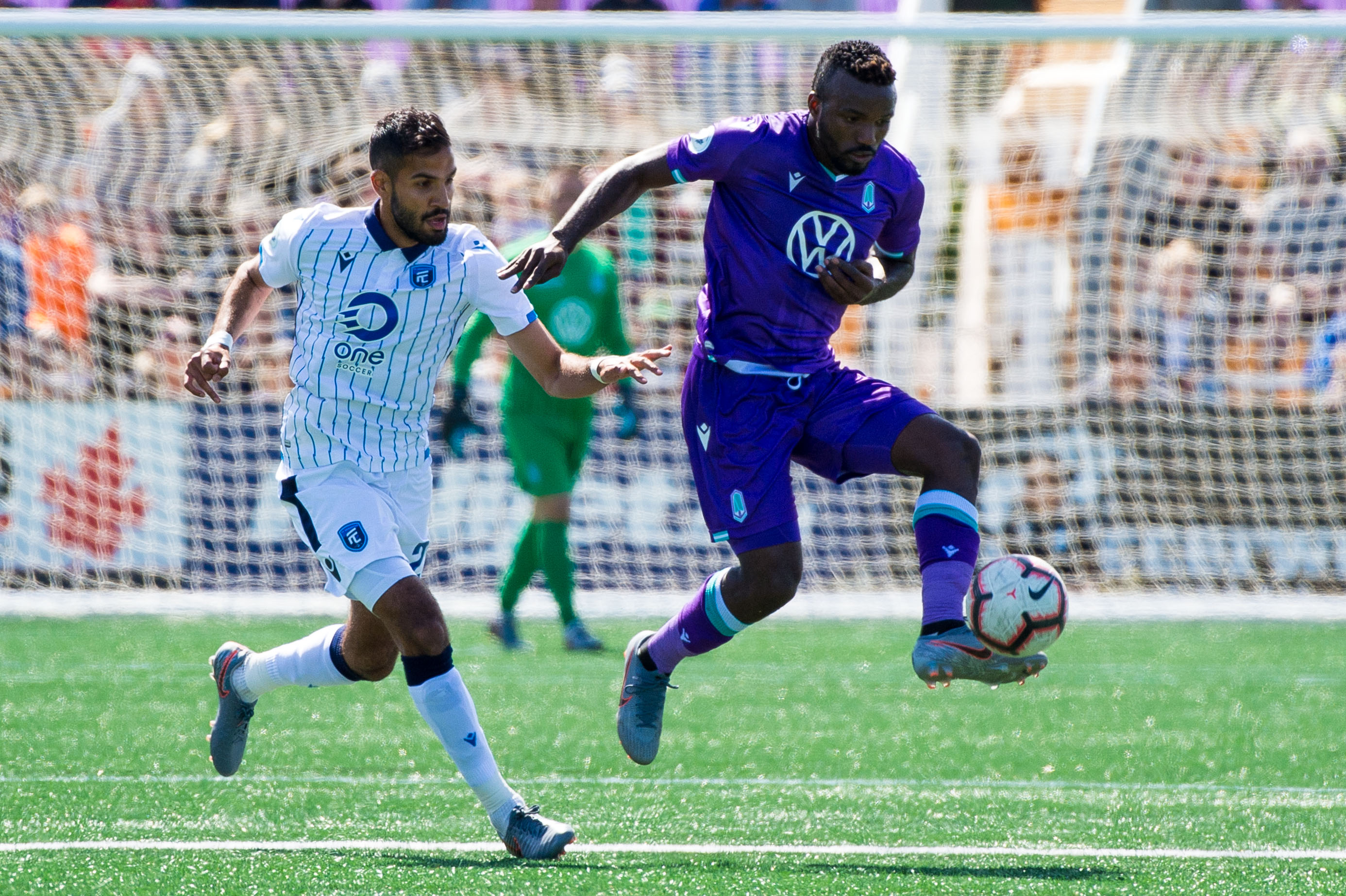 Pacific FC had their four-game unbeaten streak ended Wednesday night in a closely fought matchup with York9 FC. Despite dropping three points, the Island contingent has had an impressive string of games with many positives to take from their performances. The squad that has made it a goal to develop young players, made history on Wednesday passing a combined 10,000 U-21 minutes played, almost half of the league’s U-21 minutes.

Pacific has grown throughout the season game by game with leaders such as defender Blake Smith leading from the backline.

“We are obviously disappointed with Wednesday’s result, I think we played well for the most part,” stated Pacific defender Blake Smith. “Sometimes games like that go your way and sometimes they don’t. We now have to quickly put that match behind us and focus on this weekend vs Edmonton.

“We have been playing well and I think Edmonton will be another good test for us. We will work on Friday to correct a couple of things but I think if we go in with the right focus and mentality, we should come away with a result.”

FC Edmonton led by head coach Jeff Paulus currently sit in third place, with fourteen points. The Alberta side are coming off the Al Clasico, the derby between Edmonton and Cavalry. Cavalry took the highly contested game 1-0 to keep a hold on first place and build the gap between the top two and Edmonton.

September 14th is a key game for Pacific FC as Pacific will look to rebound right away from the midweek game versus York9. Meanwhile, FC Edmonton will look to solidify third place with a few wins to finish off the season starting on the West Coast.