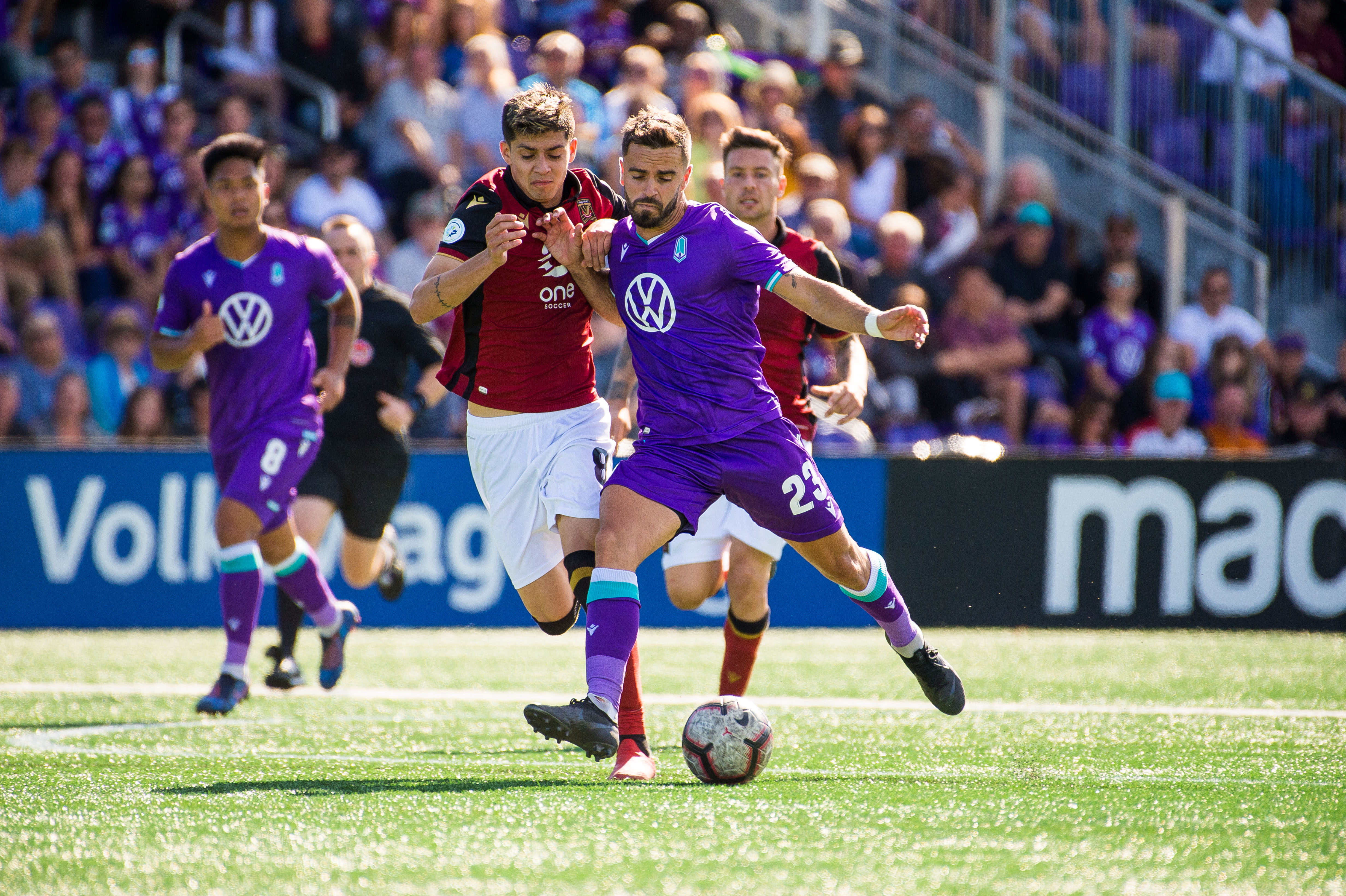 Get Your Tickets | Watch Live: OneSoccer.ca

Pacific Football Club (4-8-5) return home to Vancouver Island for the last CPL action of the year versus Valour FC (5-8-4) this Saturday, October 19th at Westhills Stadium. Kickoff in the game is set for 3:30 p.m. PDT, with gates open at 1:30.

Pacific FC have had a roller coaster of a year with a season full of injuries and young starlets proving they can play at this level. Pacific return to the Island following a two-game road trip that consisted of a trip to Halifax and Edmonton. The Tridents finished off the trip with one point and will be looking to finish the season on a high with three points to end the season on a high.

“Through an up and down season one thing has remained consistent and that’s been the great support we’ve received from our fans,” said midfielder Ben Fisk. “Saturday we want to go out and reward them with an entertaining game in front of a sold out crowd at Westhills and end the season on a high.”

The West Coast contingent have had some great storylines throughout the season, one is that of Terran Campbell. When striker Marcus Haber went down with an injury the twenty-year old Burnaby forward stepped in and has made a major impact ever since.

Currently sitting in second place in the CPL goal scoring charts by one goal, Saturday could see Campbell overtake Forge FC’s Tristan Borges to be the inaugural Golden Boot of the CPL.

Valour FC led by head coach Rob Gale currently sit in fourth place, two points ahead of Pacific FC. The Winnipeg, Manitoba side has had a year of ups and downs with a season of inconsistency. A 3-1 win on Saturday versus FC Edmonton was followed up by a significant 4-0 loss to York9 FC at home.

Looking to stay in fourth place, Gale’s men will be pushing for all three points on the West Coast.

October 19th is a key game for Pacific FC as three points would allow the Vancouver Island side to finish Fall Season in fourth place. Meanwhile, Valour FC will be eyeing three points to cement their position in the table and finish off the 2019 season with a win.