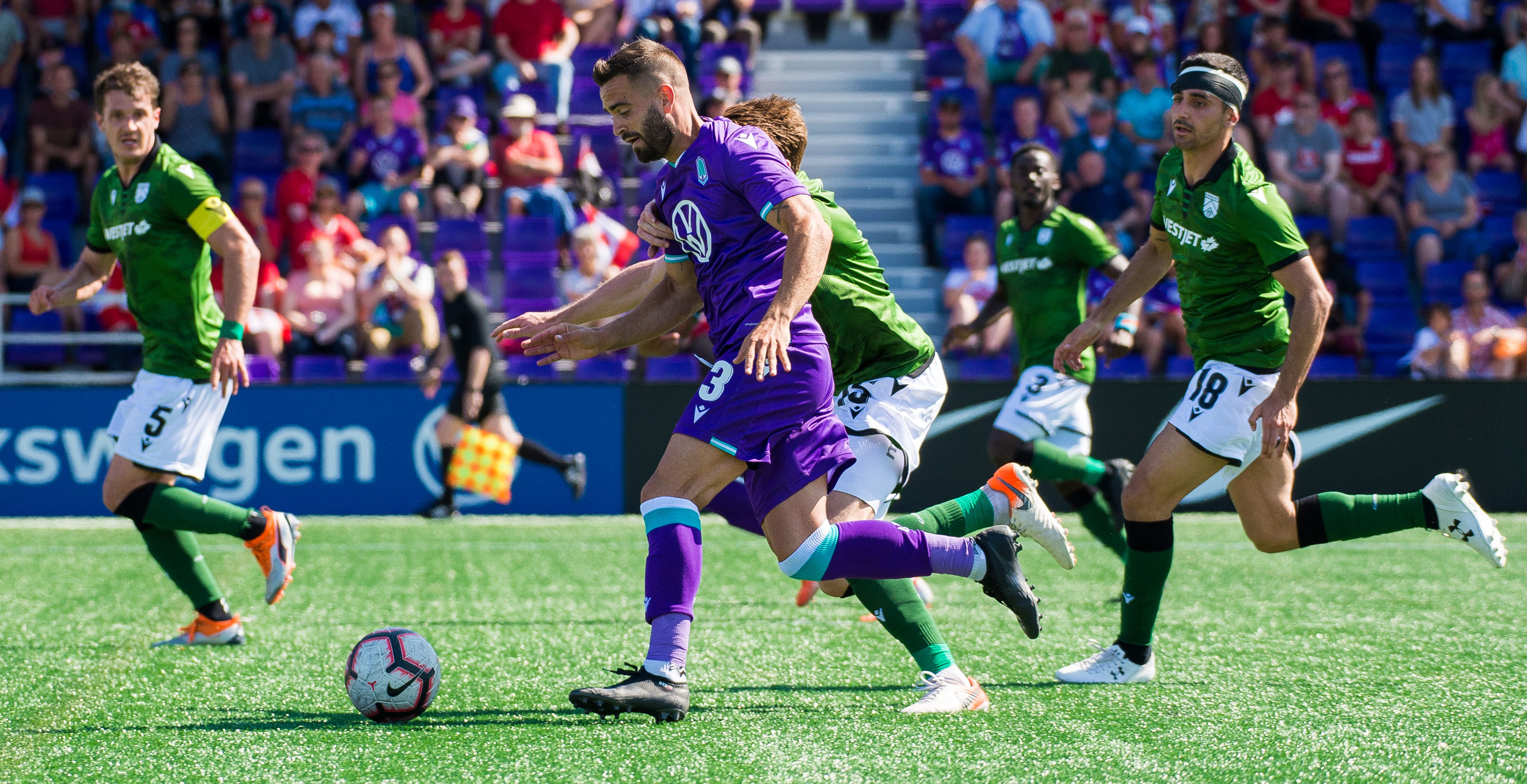 Following the Grand Re-Opening of Westhills Stadium, Pacific FC go back on the road to Spruce Meadows. The Island contingent battled and came out on top with a 2-1 win over Valour FC on Saturday. A brace from forward Marcus Haber off the bench was the difference, coming back from a 1-0 deficit. Pacific FC travel to Calgary with a healthy side, however, will be missing the ever consistent presence of Matthew Baldisimo due to a late double yellow card at Westhills.

Pacific FC look for three points at a tough Spruce Meadows stadium that has seen many teams drops points throughout the season.

“The team is confident and morale is high coming off two good results,” stated Pacific FC forward Marcus Haber. “It’s just about keeping focused and being up for a battle. Calvary are a very physical team, and they play pretty direct.

“Being disciplined and organized will be important. If we do that, we’re confident we can score goals against anyone.”

The Spring League Champions, Cavalry FC, led by head coach Tommy Wheeldon Jr. currently sit in second place, one point behind first. The Alberta side won at home last time out at Spruce Meadows with a 3-1 victory over York9. This weekend saw a matchup of the giants with Cavalry traveling to Hamilton to take on Forge FC. Forge came out on top with a 1-0 win from a goal in the 78th minute to go into first place.

August 28th is an important game for Pacific FC as three points could change the outlook of the CPL Fall season. Meanwhile, Cavalry FC will look to grab three points on Wednesday to regain first place.

Vancouver Island fans can join in the excitement at Darcy’s Pub Downtown and Westshore as well as Strathcona. The Wednesday night matchup will be streamed live on www.onesoccer.ca.

Make sure to grab your tickets for Pacific FC’s next home game on September 4th, as Pacific FC host Forge FC in Langford, British Columbia.