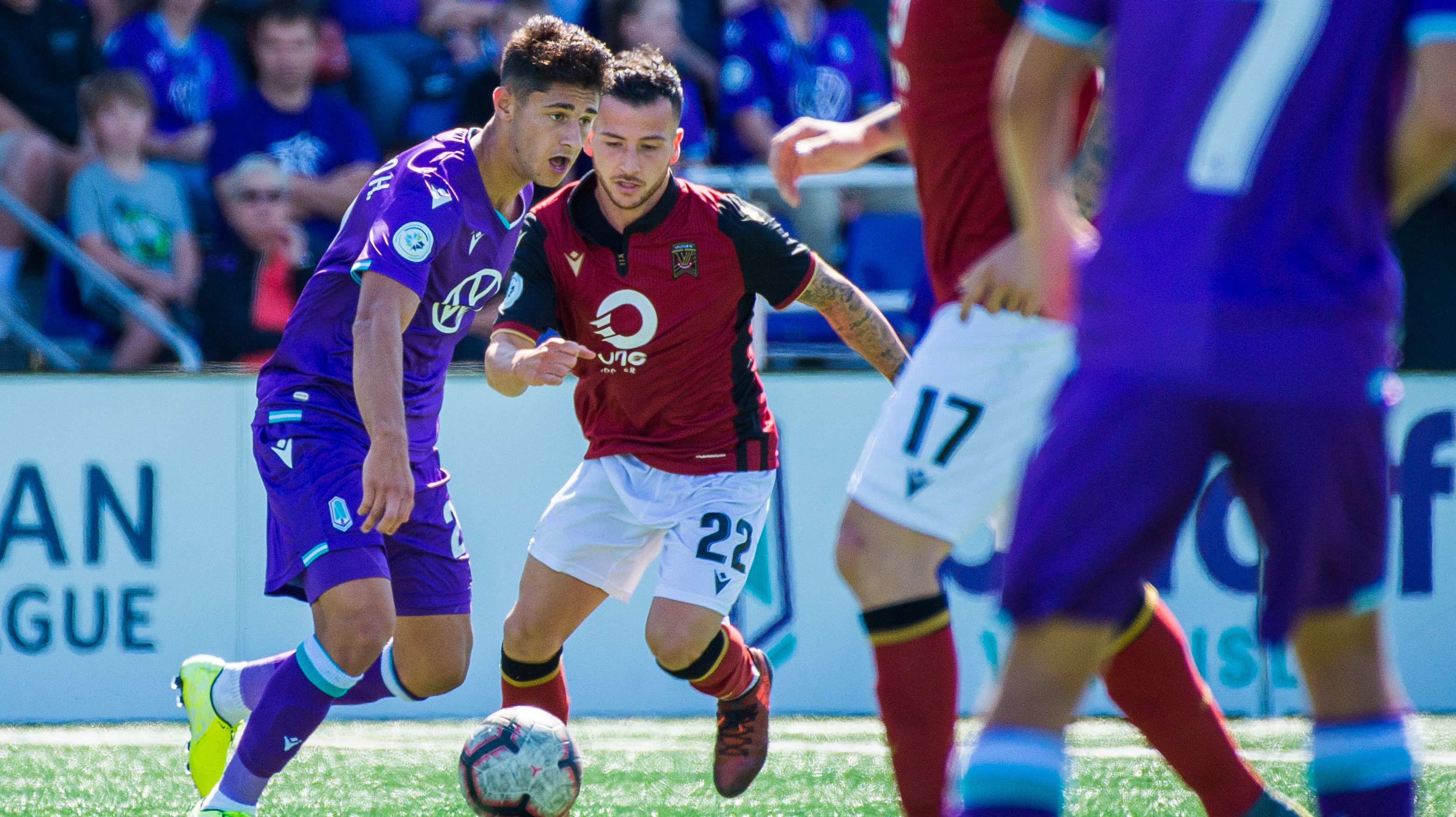 Pacific FC emerged victorious from a thrilling second half on Saturday, taking a 2-1 win after three goals, a red card and several controversial calls marking the grand reopening of Westhills Stadium.

Chances were few in the first half, with back-to-back penalty shouts from Valour’s Michele Paolucci and Pacific’s Zachary Verhoven the closest either side came to scoring.

In-form Valour attacker Michael Petrasso would kick-off a wild second half in the 58th minute when a one-hit Raphel Garcia cross was directed point-blank past goalkeeper Marco Bustos.

Then, moments later, Marcus Haber struck for Pacific FC. Seconds after coming on as a substitute, with his first touch on the ball, the big striker nodded home an equalizer off of a free-kick.

First-half penalty shouts would come back to haunt Valour when Haber was taken down by Raphael Ohin away from the ball. Haber, grabbing the ball right away, took and converted the from the spot in the 80th minute. Valour argued an earlier tackle should have seen play blown dead,  an argument that would see a red card shown to the visitor’s bench.

A hotly-contested final ten minutes followed. Matthew Baldisimo was sent off for dissent – with another red card given to Pacific’s bench – giving Valour a lifeline. They were unable to draw level, however, giving Pacific a Westhills reopening win, their second in a row — their first consecutive wins in club history.

Valour’s young right fullback thrived out wide, leading to an important cross to Petrasso on his goal. A one-hit, perfectly-weighted ball snuck through defenders and the goalkeeper perfectly.

From “one touch, one goal” to “two shots, two goals,” Marcus Haber had a striker’s dream in the second half, grabbing a brace off cool finishes from set pieces.

On Pacific’s right side, Zachary Verhoven was lights out at both ends. Four key passes, including a clear cut chance to Baldisimo that should have been converted, a team-high 20 duels attempted and five tackles point to a busy day for the 21-year-old.