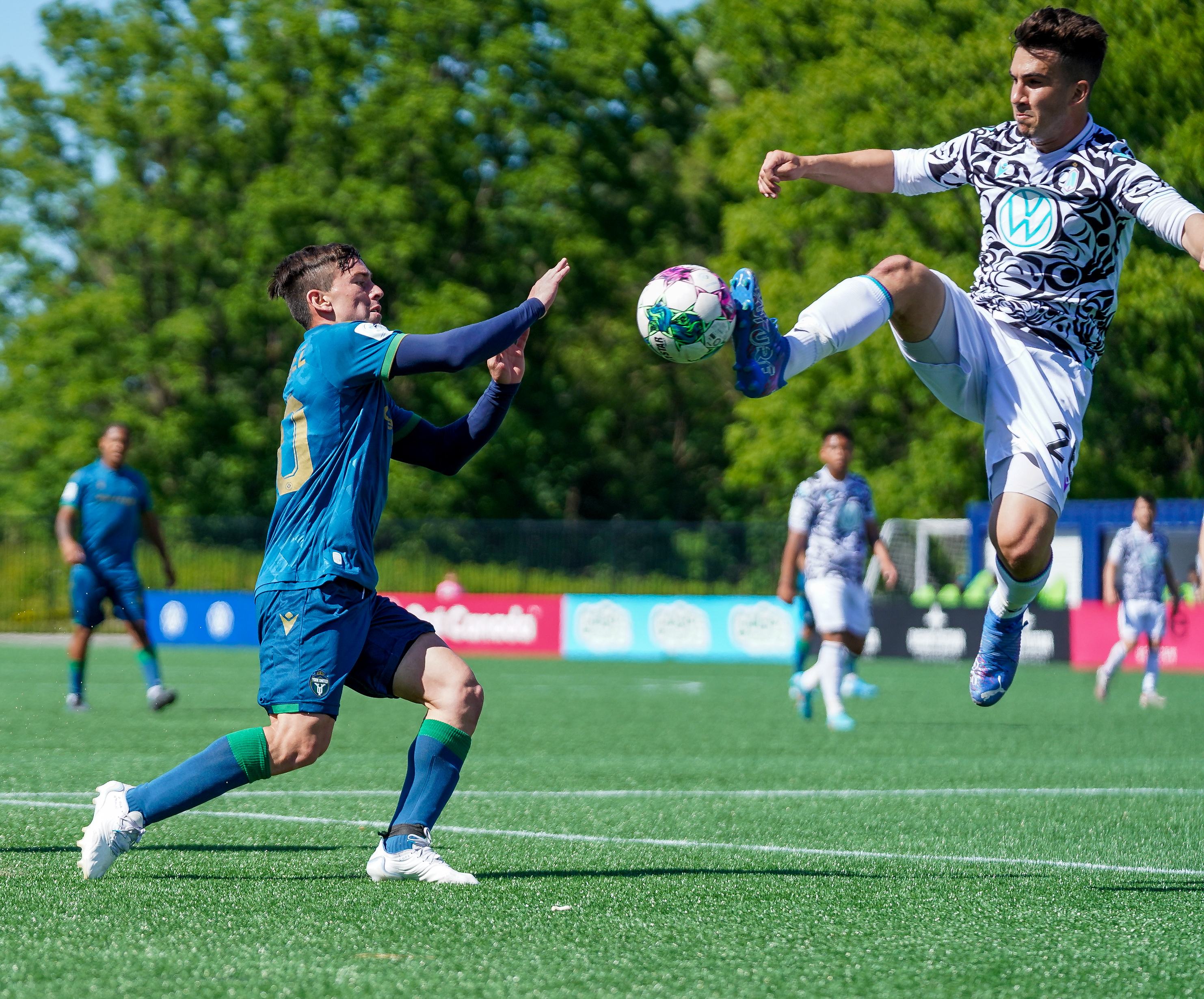 York United and Pacific FC contested another hard-fought match at York Lions Stadium on Saturday afternoon, but neither side was able to solve the other’s defence en route to a 0-0 draw. Both sides found a sparse handful of chances, but neither goalkeeper could be beaten.

The afternoon was also a particularly special one for a variety of reasons; Pacific came out wearing their unique Coast Salish-designed alternate kit, in honour of National Indigenous People’s Day coming up on June 21.

Meanwhile, York fans in attendance said goodbye to star fullback Diyaeddine Abzi, who played his final match at home before he moves to French Ligue 2 side Pau FC later this month.

Here are your sights and sounds from York Lions Stadium.

🧤 @Pacificfccpl's @CallumIrving picks up the @AllstateCanada Save of the Match after denying @Abzi__20 in the second half #CanPL 📺: @onesoccer pic.twitter.com/juiqB2s7jN