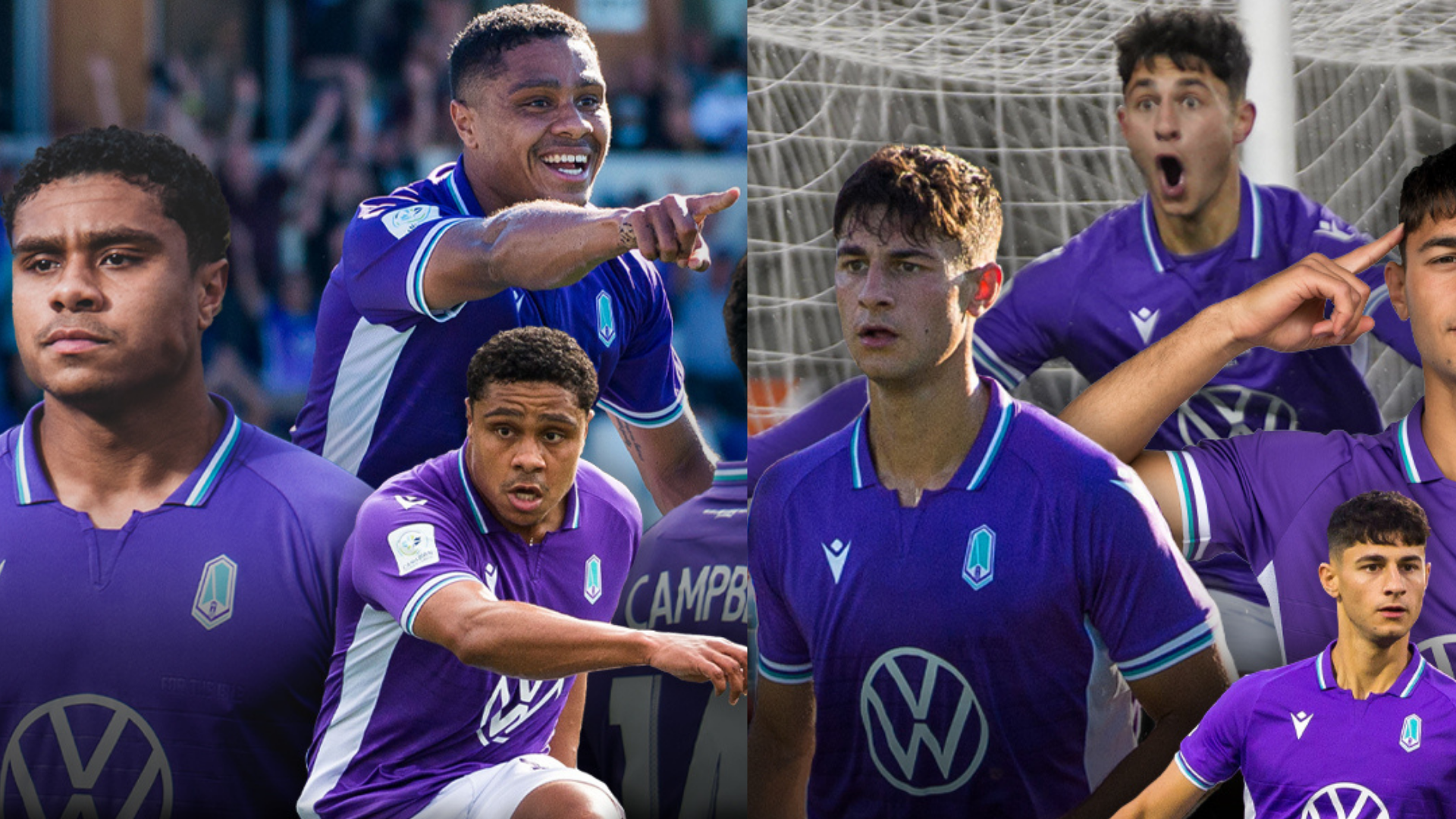 Campbell and Hojabrpour have been with the club since the inaugural season and have developed immensely during their time on the Island. 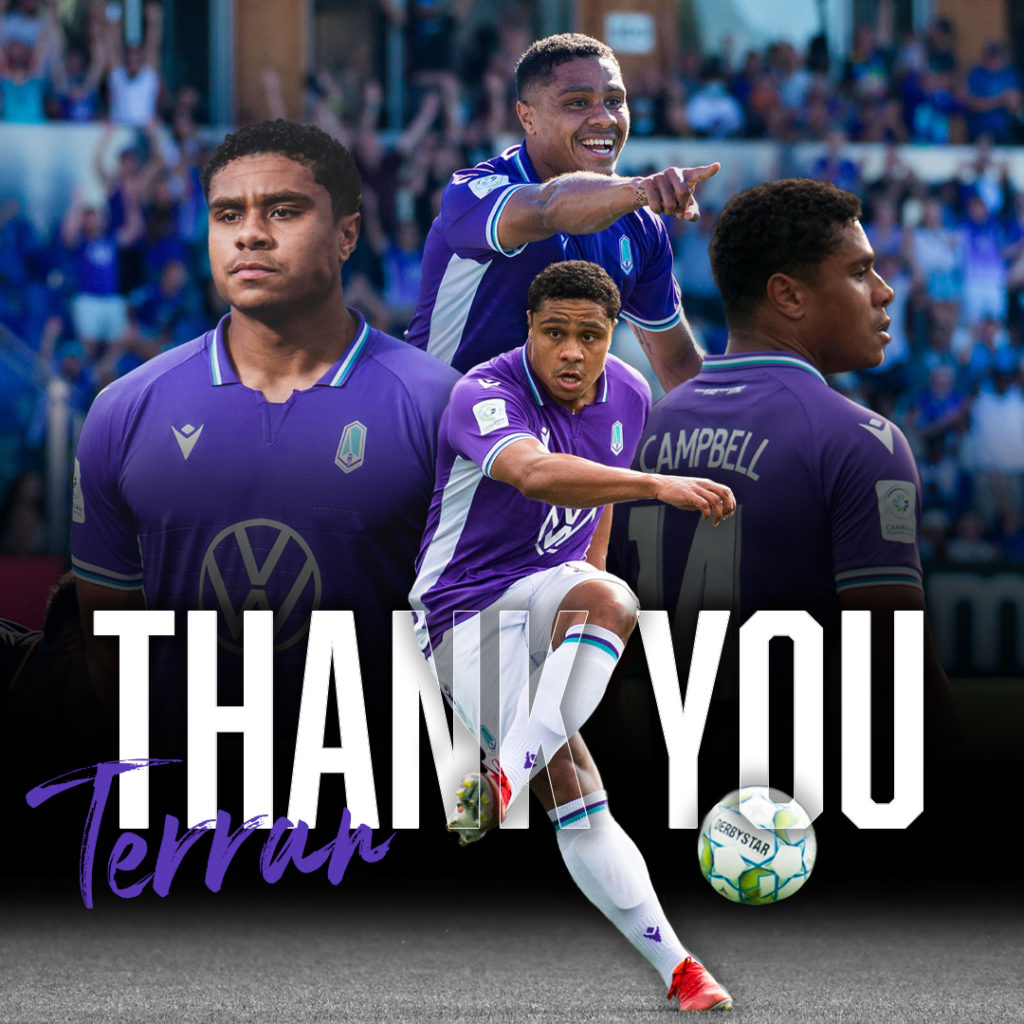 Campbell arrived from Fresno FC prior to the inaugural season and immediately showed why the club believed in his abilities. In his first season in purple Campbell scored 11 goals in 29 games and was nominated for the CPL’s Best U-21 Player award. Campbell also showed off his goal-scoring talents in 2021 as he scored 13 goals in 30 games to be nominated for the CPL’s Player of the Year. Campbell departs Pacific as the club’s all-time leading goal-scoring with 25 goals and the leader in games played with 69. 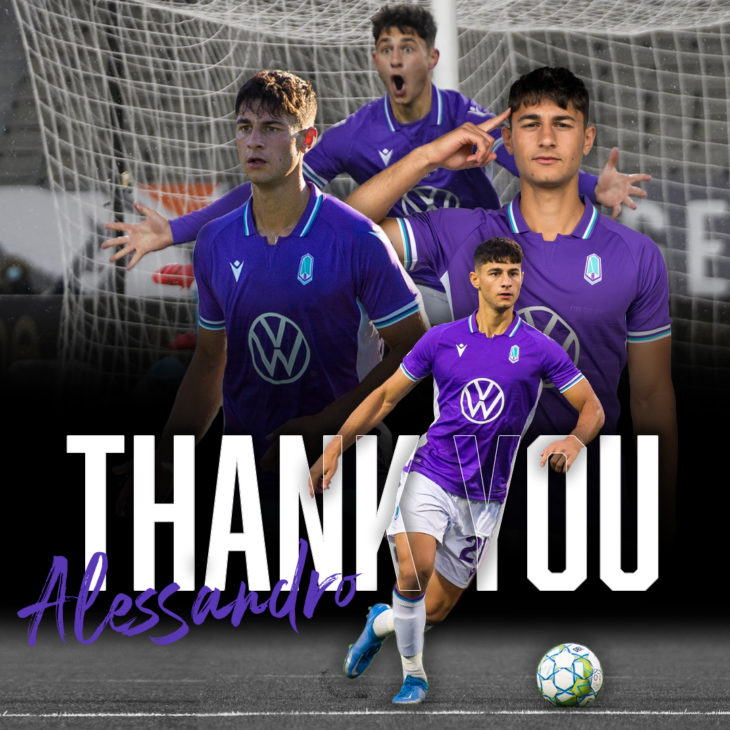 Hojabrpour has also been with the club since the beginning, arriving from Bulgaria’s Lokomotiv Plovdiv in 2019 and progressing into an all-around central midfielder. Hojabrpour’s time on the Island will be highlighted by his championship-winning goal against Forge which sealed the 2021 Canadian Premier League title for Pacific. Following the 2021 season Hojabrpour was nominated for the Best U-21 Player, taking home the award at the end of season ceremony. Hojabrpour sits tied for second in games played for the club with 63.

“What Ale and T have done for the club, it’s been nothing short of remarkable given the way they were part of the ‘originals’ when this club started,” said Pacific FC head coach Pa-Modou Kah.

“To cap it off with being champions is a remarkable feat. Ale scoring at the end and winning the young player of the year just shows you the incredible growth that he has shown with the club. And Terran will leave this club as the record goal scorer and the leader in appearances. They both should be remembered as champions because that is the work they did for themselves and for the club.”

“For us this is what we’ve been preaching since day one: how can we help the growth and development of young Canadians. If I look at Ale who has an Italian passport, I definitely think he could have made the move to Europe to where he could continue his development. Terran is the same who possesses an American passport, but they chose to stay in Canada which is their right. I had bigger hopes for those two to be honest.”

“For our fans, obviously you never want to see players leave but that is part of the business we are in. We just wish them the best of luck with their move to Forge and what makes them happy.”

“You know, if you can’t beat them, sign them. As a club we move on and we’ll be back stronger next year. We played a part in their growth and development and making them champions, that’s an everlasting bond that can never be broken.”