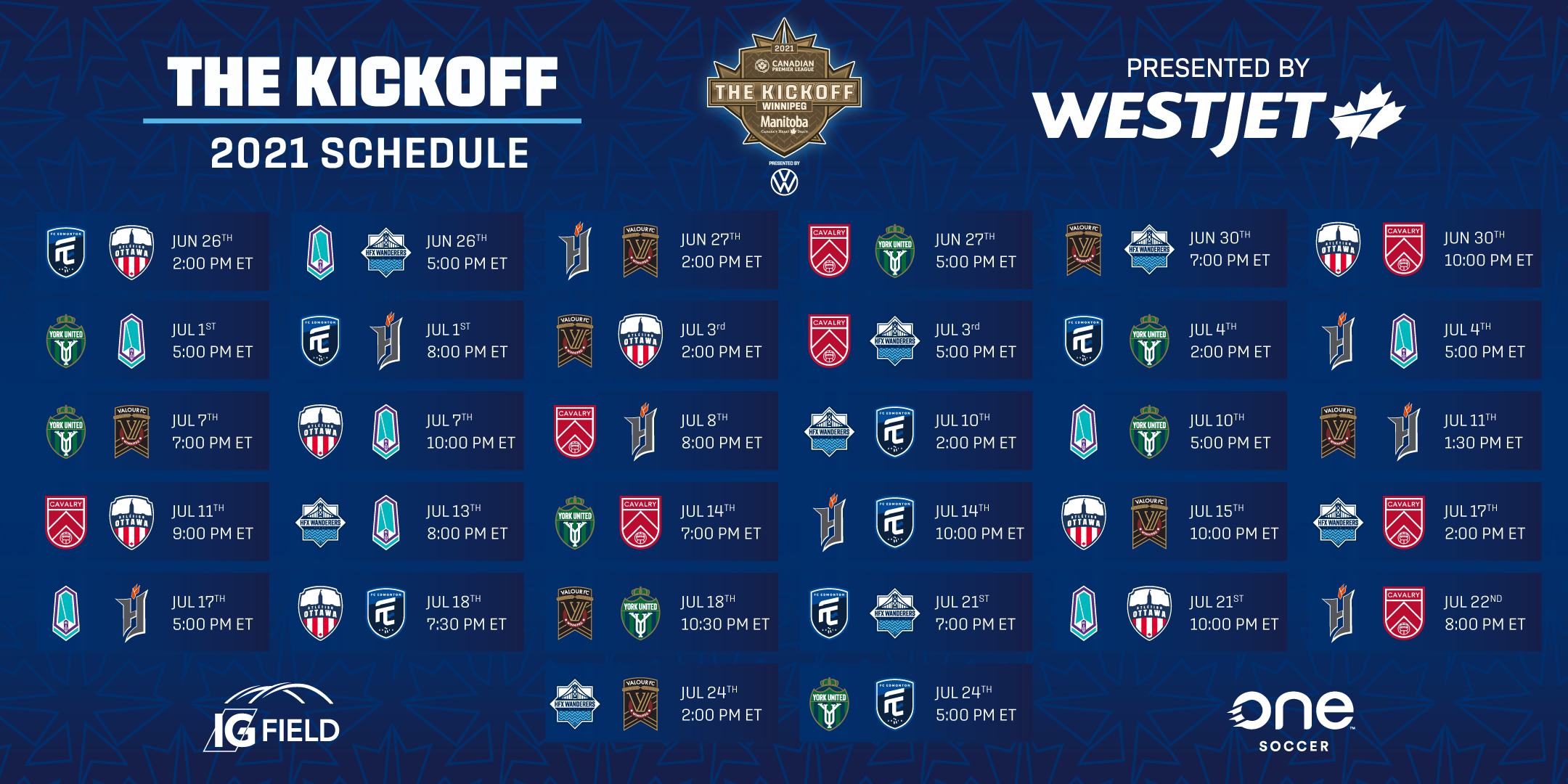 We have a full slate of matches for The Kickoff – the Canadian Premier League 2021 season’s opening stanza set to start June 26 in Winnipeg, Manitoba.

CPL released the Kickoff’s 32-match schedule presented by WestJet on Wednesday (seen below), all to be played at IG Field.

In total, CPL clubs are set to play eight matches in Winnipeg and face opponents on opposing sides of the country. These matchups are focused on minimizing travel as much as possible for the entire duration of the 2021 season.

All games will be broadcast live on OneSoccer.

The opening weekend, which was already announced, starts June 26 with FC Edmonton and Atlético Ottawa getting things started at 11am PST. They will be followed that evening by Pacific FC versus HFX Wanderers FC (2pm PST), and Sunday’s slate will feature Forge FC versus Valour FC (11am PST) and Cavalry FC versus York United FC (2pm PST).

The final matches scheduled for the Kickoff complete a doubleheader on Saturday, July 24 featuring HFX Wanderers FC vs. Valour FC (11am PST) and York United vs. FC Edmonton (2pm PST).

RELATED READING: 2021 Canadian Premier League season to begin June 26 with single-site format in Winnipeg || By the numbers: ‘The Kickoff’ and the start of the 2021 CPL season

The single-site format is set to conclude then with the CPL vowing to re-evaluate the possibility of clubs returning to their home markets to complete the season in front of supporters at that point. The League is focused on determining the most efficient and safe manner to return to our home markets as the country and provinces continue to open up.

The four-week event will closely follow all necessary public health protocols in order to prioritize the safety of all local Manitobans, players, and staff. The CPL has worked with the local governments of Manitoba and Winnipeg to create a regular strategy for COVID-19 testing for all personnel, with additional measures in place to limit contact between teams outside of matches.

Time to make space in your calendar 🗓