Ricci, a 23-year-old central midfielder, already has plenty of experience, having spent four years in the Montreal Impact (now CF Montreal) Academy, even earning an emergency loan up to the first team in 2019. Ricci has also spent time in professional environments in the USL Championship with Phoenix Rising FC in 2018 and Ottawa Fury FC in 2019. Ricci’s first-round selection comes off a successful stint in U Sports. The Montreal-born midfielder recently helped lead the University of Montreal to a victory in the U Sports Men’s Soccer Championship in November and was subsequently named to the tournament all-star team. The highly-regarded midfielder is comfortable on the ball, capable of combining well with teammates and picking a final pass.Pacific is known for the trust it shows in young, dynamic players, a description that perfectly fits the first-round draft pick. Pacific’s second pick is also a vastly experienced player for his age, but with strong ties to the Island.

The club’s second-round pick, Goertzen, is originally from Calgary but has been on the Island for many years now. Prior to his university career, the 21-year-old spent time with the Van Isle Wave while also attending Mount Doug Secondary School in Victoria. The six-foot-two defender is also a former member of the Vancouver Whitecaps Residency Program. Goertzen’s strong reading of the game and ability to disrupt opposition attacks allows him to play the game at his pace. In addition, he is comfortable playing out from the back – a prerequisite for any potential Pacific FC centre back.

Goertzen is Pacific FC’s first selection from a Vancouver Island-based school in the U Sports Draft. His ties to the local soccer community, as well as his abundance of experience in established soccer organizations already, should make the defender a fan favourite on the Island.

Coincidentally, Ricci and Goertzen matched up against each other in the 2022 U Sports Men’s Soccer Championship. The Carabins and Vikes met in the quarterfinals with Montreal coming out on top in a shootout. Although on the losing side, Goertzen stepped up to take a penalty for Victoria, burying it past the goalkeeper.

Ricci and Goertzen will join up with the rest of the roster for preseason and look to earn a spot on the CPL champion’s roster for 2022. 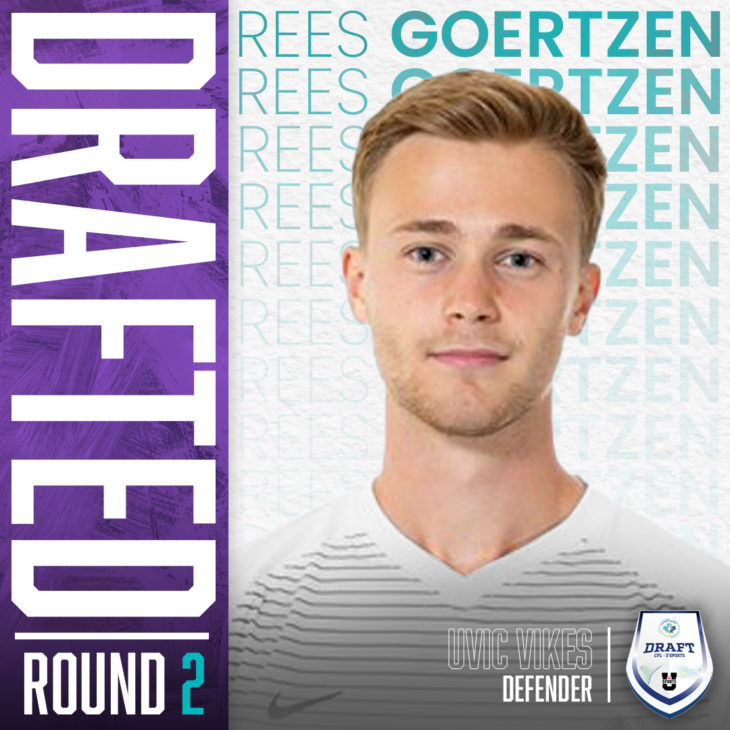