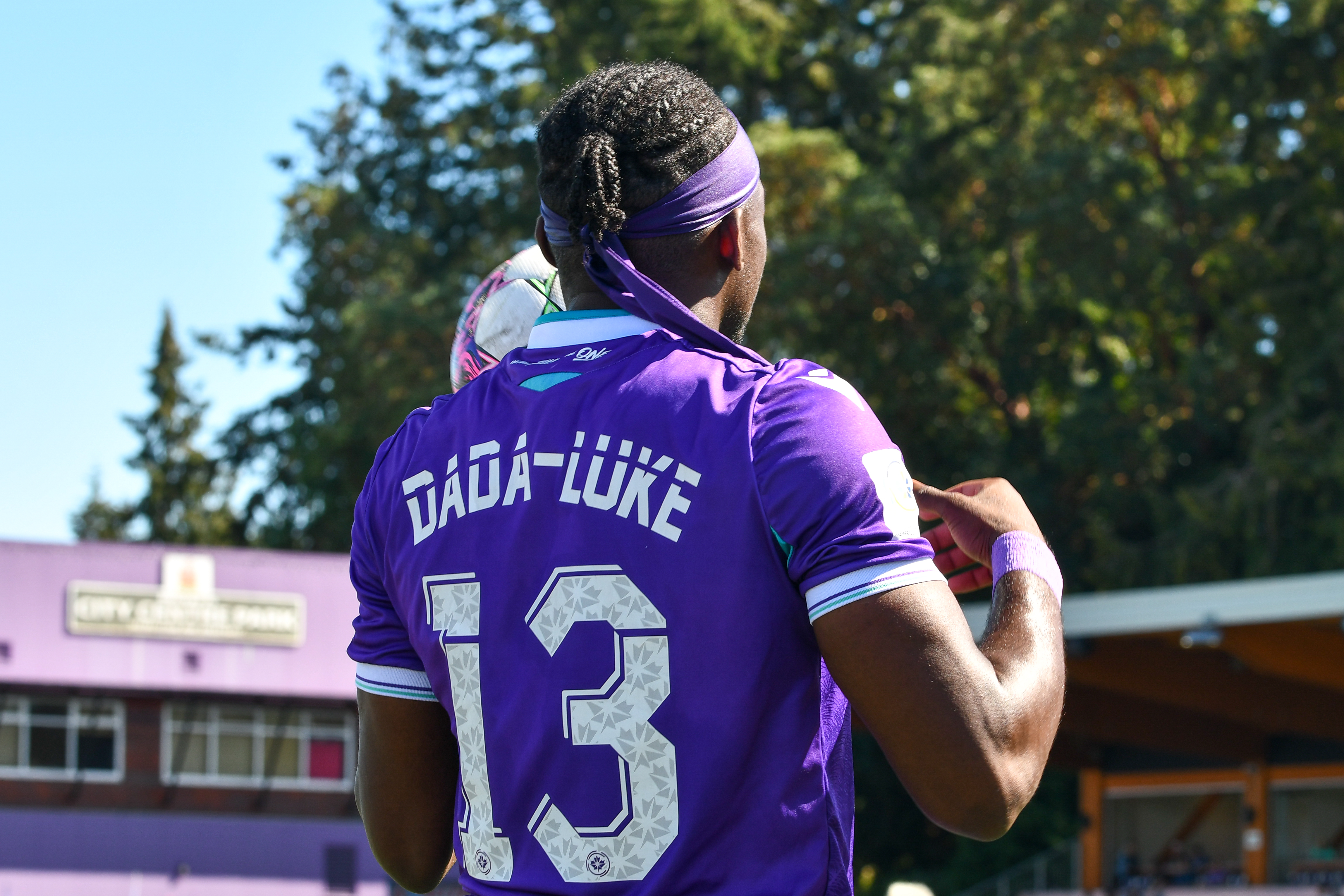 Kunle Dada-Luke will be returning to Pacific FC for the 2023 Canadian Premier League season.

“This club took a chance on me three years ago. I went from being without a club to a champion in that time span,” says Dada-Luke. “The Island has become a second home for me and playing at Starlight Stadium in front of our fans always gives me that spark I need to go the extra mile.”

Dada-Luke returns to the Tridents for his third season on the Island after a breakout season in 2022. The high-flying right-back has made 53 appearances during his time with the club, and scored his first official PFC goal in a win over York United FC last season. After the departure of Kadin Chung last offseason, Dada-Luke made the right-back position all his own in 2022. The 22-year-old made 30 appearances in all competitions and wreaked havoc down the right side of Pacific’s attack alongside Marco Bustos. Dada-Luke’s blistering pace and excellent dribbling ability saw him have many standout performances last season, highlighted by the fact he was named to the CPL Team of the Week three times. Although last season was the real breakout year for the former Canadian youth international, Dada-Luke most memorable contribution in purple came in the 2021 CPL Semi-Final second leg victory over Cavalry FC where his sheer determination forced an extra-time own goal that sent Pacific to the final which the club ultimately won.

“I believe KDL can be the most dynamic right back in the Canadian Premier League and can also play as a wingback or wide forward,” says Pacific FC head coach James Merriman. “He is developing into a very versatile modern full-back and is incredibly hungry to build off his 2022 performances and push to another level.”

The announcement of Dada-Luke’s return for 2023 means Pacific FC’s roster now stands at 14 players. More roster news will be announced in the coming days and weeks.