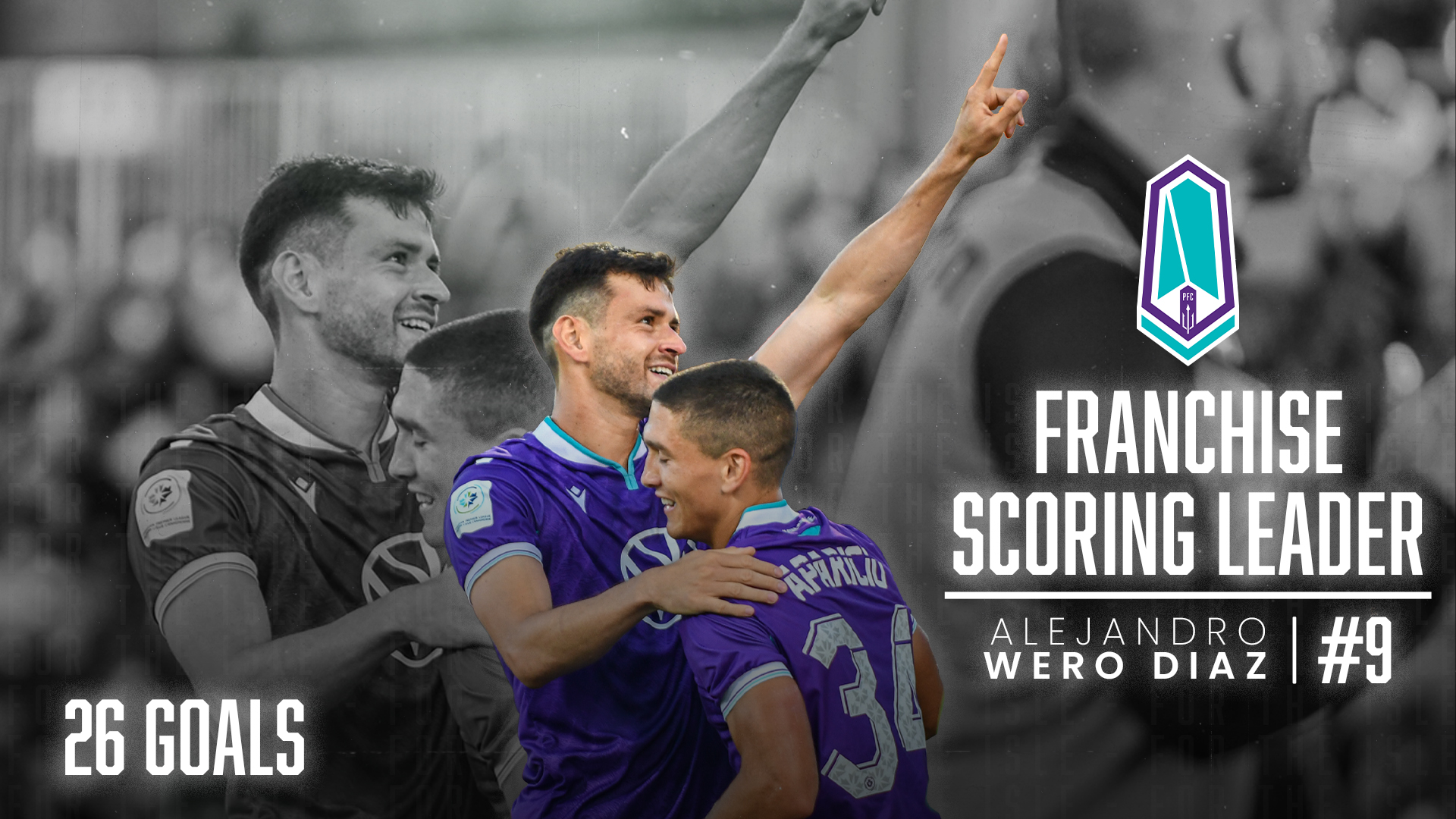 After finding the back of the net against Cavalry FC on Friday, during Pacific FC’s 3-0 win, Alejandro Diaz became the club’s all-time top goalscorer with 26 goals in all competitions.

The Mexican striker overtook former PFC-man Terran Campbell with his perfectly-taken penalty on Friday to cement himself at the top.

Diaz, 26, broke Campbell’s record in 58 games over the course of two-and-a-half seasons.

With 24 of those goals coming in the Canadian Premier League, Diaz is also only three off the top spot in the CPL’s all-time top goalscorer list. He currently sits behind Campbell (27 goals) and Easton Ongaro (25) in the race for that record.

Diaz has scored a variety of goals during his Pacific FC tenure and always steps up in big games. In 2021 alone, Diaz scored against both Vancouver Whitecaps FC and Toronto FC during Pacific’s run in the Canadian Championship. He also has two of the five hat-tricks in CPL history to his name: first against Atlético Ottawa (2021) in a 4-2 win for Pacific and then against York United FC (2022) in another 4-2 win for the club.