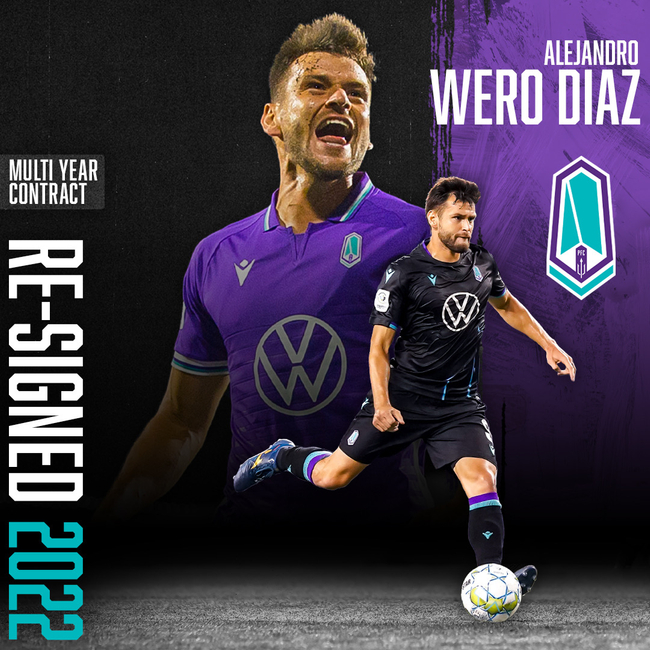 Alejandro “Wero” Diaz will be returning to Pacific FC for the 2022 Canadian Premier League season.

Diaz, 26, joined Pacific from Mexican side Atlas Guadalajara where he was a highly-regarded talent. Since joining the club, Diaz has scored 15 goals in 41 appearances. In 2021, the clinical centre-forward finished with 10 CPL goals, tied for fourth in the league, and 12 goals in all competitions. The Mexican striker scored only the second hat-trick in Canadian Premier League history when he put three goals past Atletico Ottawa on July 21st. While Diaz has grown into a complete centre-forward, his instincts in the six-yard box haven’t gone away; his poacher’s goal against Vancouver Whitecaps proved to be the winner in the club’s 4-3 victory.

Diaz is the fifth returning player announced to date. Wero’s announcement will be followed by more returnees in the coming days and weeks.