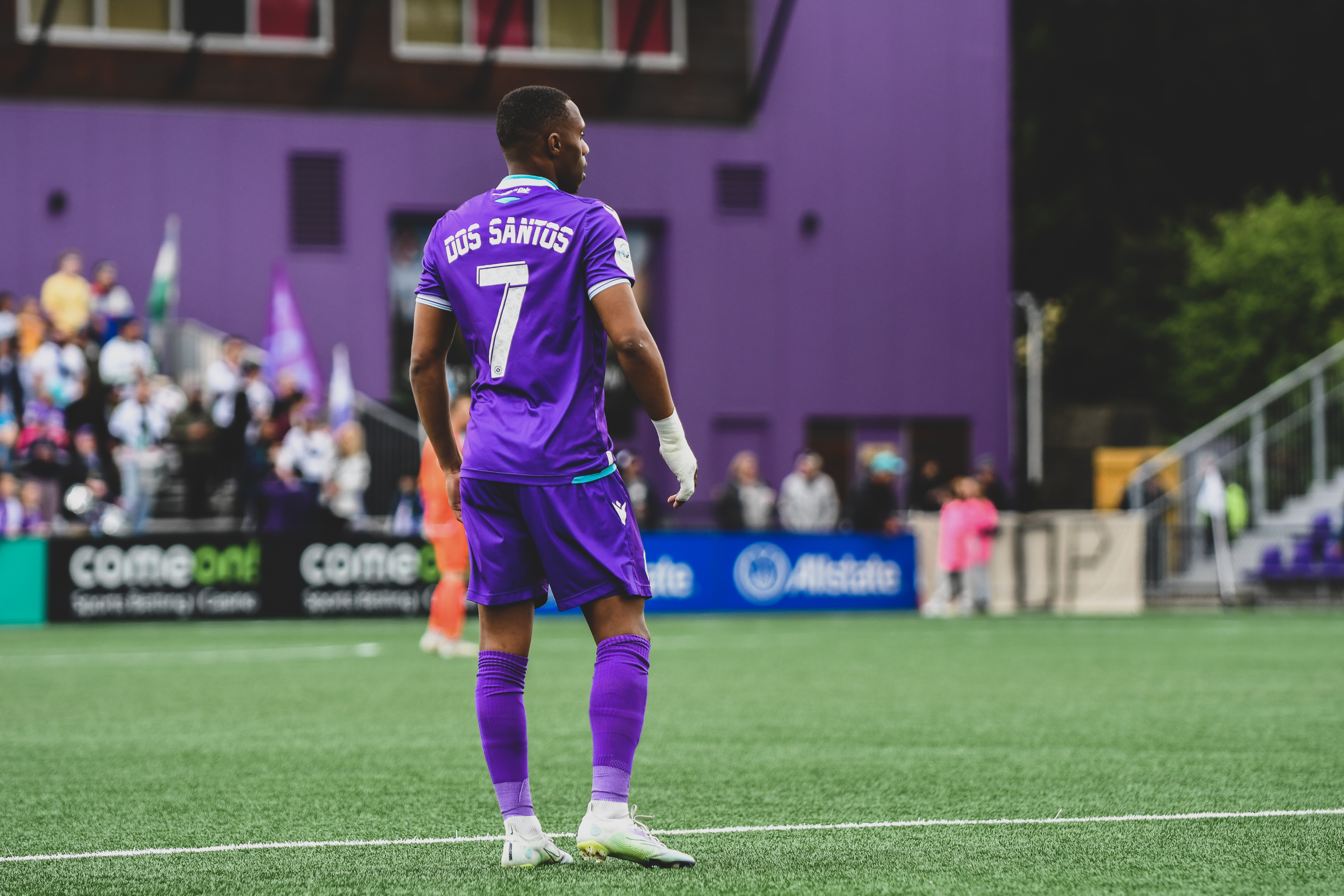 Dos Santos will join up with his Cape Verdean teammates in Miami and return to the Island on Sunday (Sheldon Mack/Pacific FC)
Dos Santos called up to Cape Verde national team for friendly against Ecuador
June 8, 2022
by
Jack Longo

Pacific FC forward Gianni Dos Santos has been called up to the Cape Verde men’s national team for a friendly against Ecuador in Miami on June 11th.

The 23-year-old attacker will therefore be unavailable for Pacific FC’s match against Forge FC in Hamilton on Sunday.

Dos Santos joined Pacific FC prior to the 2021 season and proceeded to play an important role in the club’s Canadian Premier League title victory. Dos Santos made 20 appearances in all competitions for Pacific last season, finishing with one goal and two assists.

The forward’s most important contribution of the campaign came with his assist for the championship-winning goal in Pacific’s 1-0 victory over Forge FC in the CPL final. Dos Santos’ adaptability and dynamism in attack saw him lead the line in multiple crucial matches last season including the club’s 4-3 victory over Vancouver Whitecaps FC in the Canadian Championship as well as the CPL final victory.

Dos Santos has continued to make a big impact in 2022. Pacific FC’s no. 7 has played in seven of the club’s 11 matches so far and scored an incredible goal in his first start of the season against Valour FC at the end of May.

Dos Santos is currently with the Cape Verde national team ahead of Saturday’s match and will return to Pacific on the weekend, but not in time for the match against Forge.