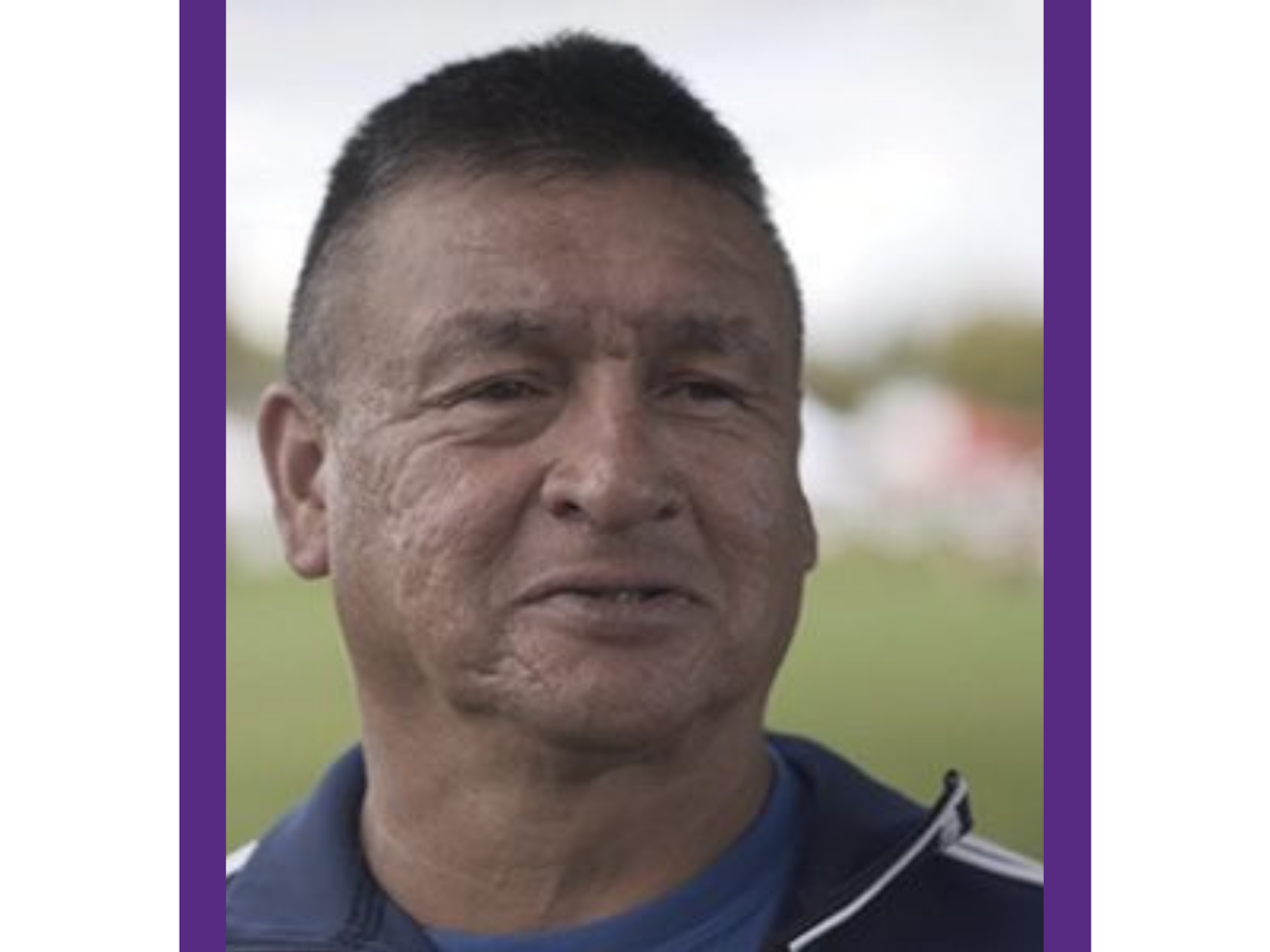 ‘I love soccer and I love my people’: Dano Thorne on his life in soccer

Association or led them to successive gold medals. His soccer journey began generations before

“I come from the Cowichan First Nation in the beautiful Cowichan Valley, our traditional land,”

says Thorne, “I come from a big community that is the largest in British Columbia. I come from

brought soccer to his sons.”

areas before soccer became their main obsession. The sport has been in his family for

generations now and is continuing on through Dano to this day.

Cup. My grandfather Chuck Thorne was the manager and his two brothers were players. They

advanced to the B.C. provincials and did pretty well, but didn’t win.”

There’s always been at least a couple Thorne boys in the Vancouver Island Soccer League, says

Thorne, with that pattern continuing to this day – although with a new wrinkle.

“Our ladies (have become) pretty good players now too. They joined other families from our

community and represented our community well over the years.”

Thorne’s personal journey in soccer began because of his family. They’re also the reason he’s

“I was the one that played (for) over 20 years and had some pretty good success. Over that time I

coaching through the National Coaching Institute. I had some legendary national-level coaches

that inspired me and influenced me to be a better coach. Because I come from a soccer family I

had a lot of support from my late parents and my family to pursue my coaching.”

A career in coaching led to Thorne’s principal undertaking; NIFA. The motivation for this

“I created the Native Indian Football Association, recognized as NIFA, because there was no

at every level. There’s been a handful (of players) for a long period of time that played a little bit

professionally, (in the) olympic games and for the national team, but nothing that has been

consistent. Of course that’s why I created NIFA. There’s been so many systemic barriers over the

mutual respect from coaches at every level, Soccer Canada, BC Soccer and wherever else I go.”

teams to a national championship games, I’ve been very fortunate. My goal is basically to ensure

that our players enjoy the sport of soccer and move onto the next level. That’s what I’ve done

with our NIFA teams.”

“Our players were technically sound and fit but we hadn’t played together so much. Me and my

coaches put them together and prepared them well to acclimatize and train every day. We got

stronger as the tournament went on and went that step further. We won the final on penalties in

front of 10,00 Brazilian fans in central Brazil on a friday night. That was a great achievement for

the ladies, the coaches and our organization.”

next edition of the games scheduled for 2020.

and our youth have ended up playing and traveling and living dreams again. Through our culture

we developed that as our main goal, to exercise culture and diversity and use football to go

own program if and when we get the resources and support. Even 30 years before NIFA (was

founded) we always knew we had players that could play for Canada, men and women, we need

development things that we need at our grassroots level.”

for youth participation in sport, especially among Indigenous children.

“It’s just like any culture in the world. Sport and soccer can provide an opportunity to move out

person. If we use our way as we have for hundreds of years, it provides the identity of who we

are as First Nations and Indigenous people.”

Indigenous athletes rather than have that be used against them.

“Those barriers are out there still and we have to break them down. We have to be given that

opportunity in sport at all levels, in fairness and sportsmanship. In our program we are still

fighting our cause because we’re recognized at different levels, but there’s been no action for 30

years for as long as I’ve been doing this. I love soccer and I love my people. I see our kids on our

trips, the women and men on our trips, and it’s great to win but at the same time it’s about the

participation, about making friends – like a Mohawk kid and a Coast Salish kid becoming

When you’ve spent a lifetime in the sport you love you learn many lessons along the way.

future together – both inside and outside the world of sports.

“We want to have our autonomy respected and our way of life respected. That’s important for

football and all sports. That’s what I’ve worked for as an advocate in this country for a long, long

time – as a leader, an athlete, and a coach; to (play soccer) freely in a safe environment, to express

who you are as an indigneous person, and be respected and recognized for that.”

doing things in our communities that we need to use with our own people. Mutual respect and

sharing and working together has always been in our teachings, even during the time of

pre-contact. So the systemic barriers and mutual respect has never been shown as much as it

should have been in our communities in sports.”

“In this time of reconciliation, help us but also give us that autonomy and sovereignty as soccer

leaders in our communities; let us make the choices and decisions. Give us the help, but also, we

can do it in our First Nations and Indigneous communities for football in Canada. NIFA is about

that and our soccer organizations are about that. So let’s partner up and provide opportunities for

young soccer players and their families.”