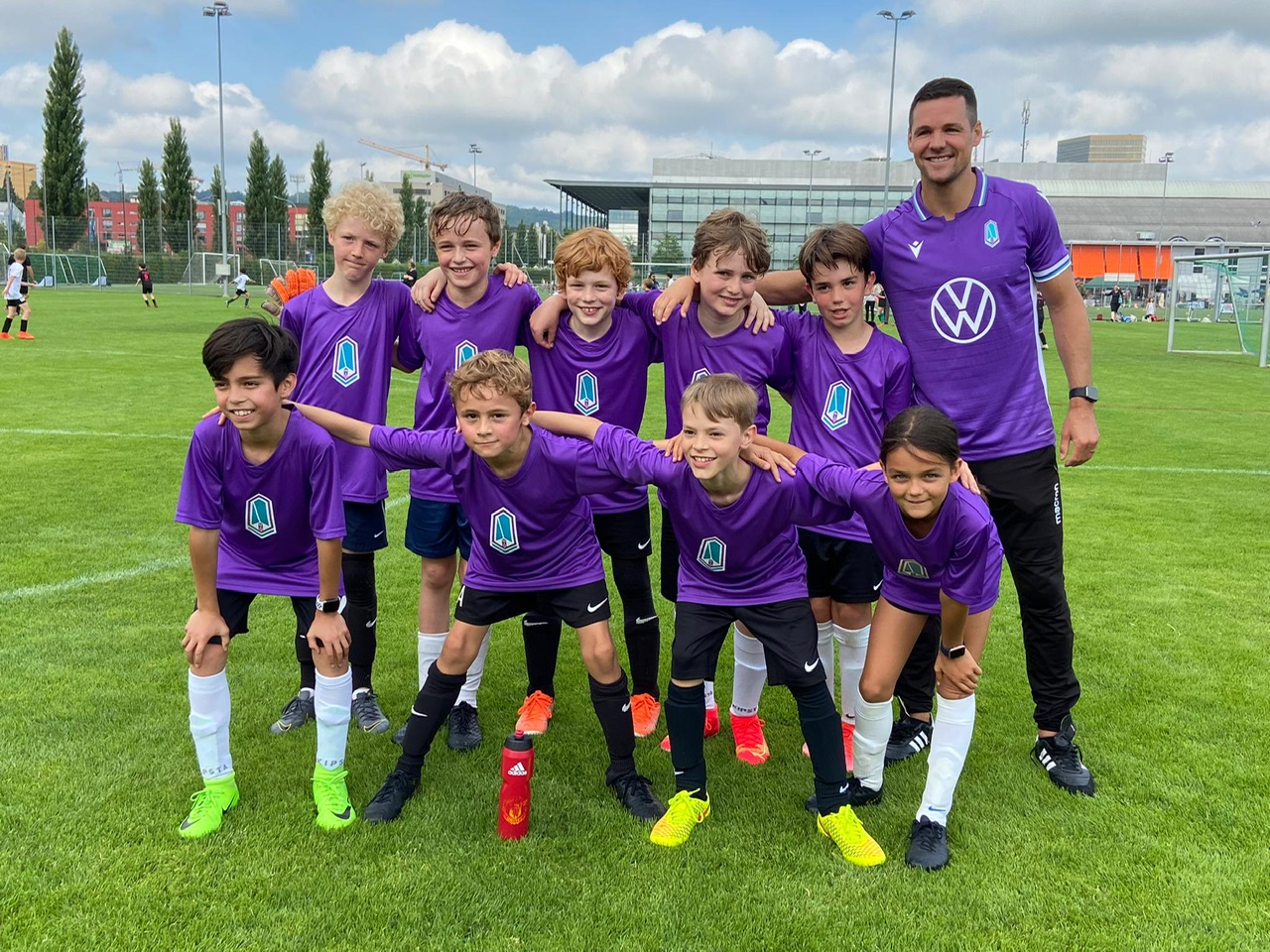 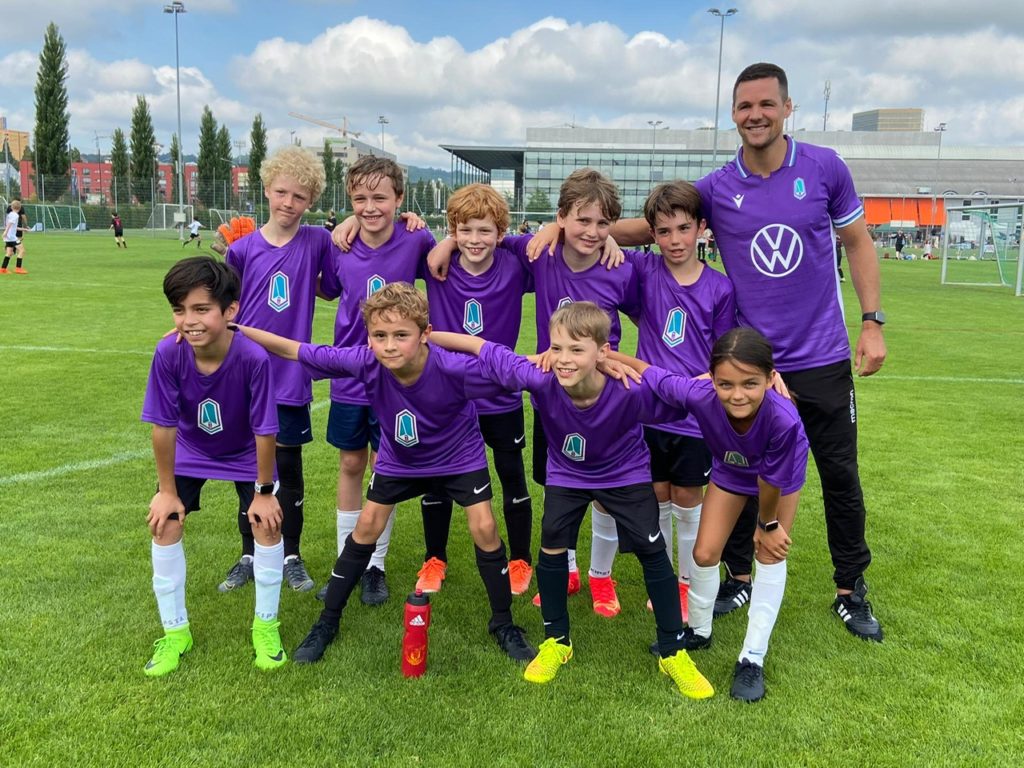 Perhaps surprisingly, Pacific FC has a connection to Switzerland both past and present.

Previously, from 2012 to 2015, Pacific FC club president Josh Simpson suited up as a member of BSC Young Boys – one of the biggest and most successful clubs in Switzerland. Simpson’s time in Bern turned out to be the final stop for the 43-capped Canadian International in his pioneering career.

Currently, there’s a group of young Pacific FC fans putting on a show while donning the starfish purple!

In a recent tournament, Fussball-Schüeli 2021, played at the FIFA Headquarters in Zurich, Team Pacific made it to the final and took home second place. Sixty-four Grade 4 team participated in the tournament, and Team Pacific represented Vancouver Island’s club superbly as they brushed the competition aside – much like their namesake is doing back home. This group of Grade 4 is from Münchalten Kartaus School.

So, keep your eye out for future Swiss-based Pacific FC news as it appears some of the next generation of Pacific fans (and possibly players…) will come from a certain beautiful European country.