Gianni Dos Santos will be returning to Pacific FC for the 2022 Canadian Premier League season.

Dos Santos returns to Pacific FC after a title-winning first season on the Island. The 23-year-old attacker’s most important contribution of the campaign came with his assist for the championship-winning goal in Pacific’s 1-0 victory over Forge FC in the CPL final. Aside from his game-changing contribution in Hamilton, Dos Santos first season in purple saw him make 20 appearances in all competitions. The Dutch-born forward finished the season with two goals and one assist. Dos Santos’ adaptability and dynamism in attack saw him lead the line in multiple crucial matches last season including the club’s 4-3 victory over Vancouver Whitecaps FC in the Canadian Championship as well as the CPL final victory.

Dos Santos, who also holds Cape Verdean citizenship and has made one appearance for the country’s U-19 national team, comes back for a second season with Pacific along with the club’s previously announced returning players. 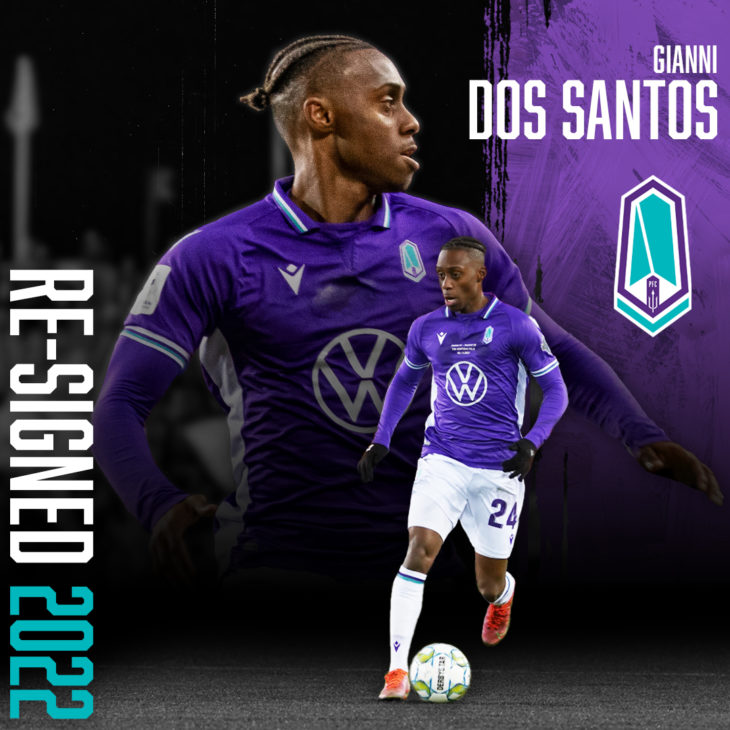