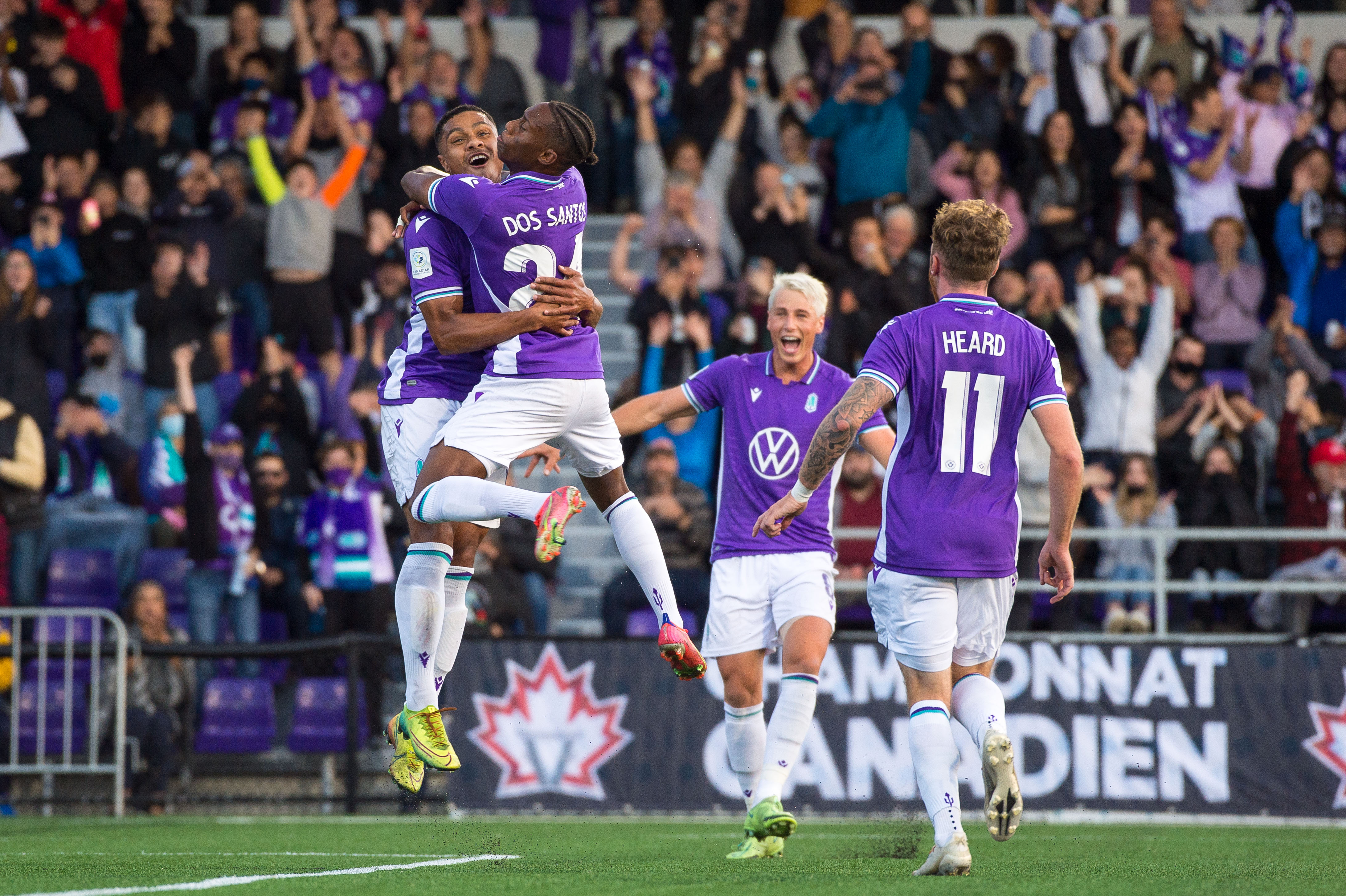 Pacific FC pulled off the most significant win in their history on Thursday night, beating their provincial rival Vancouver Whitecaps 4-3 on a famous night at Starlight Stadium.

Both sides fielded strong lineups — newly acquired midfielder Ryan Gauld was among several regular starters for the Whitecaps, while Pacific fielded a near full-strength side, but were missing star attacker Marco Bustos. Pacific started 10 Canadians, including several players who are products of the Whitecaps’ academy, in a highly-anticipated “Battle of British Columbia”.

Former Whitecaps academy and Whitecaps 2 forward Terran Campbell gave Pacific FC an early lead, beating Maxime Crépeau from the penalty spot just eight minutes in. Jake Nerwinski brought down Campbell with a tackle from behind, giving Campbell a chance to take a free shot at the Whitecaps goal. Crépeau dived the wrong way as Campbell shot to the goalkeeper’s right, and the home fans at Starlight Stadium erupted in celebration.

Their lead wouldn’t last long, as Vancouver equalized in somewhat controversial fashion. After Whitecaps forward Brian White appeared to foul Pacific goalkeeper Callum Irving in the air, play continued as Irving was laying on the ground. Gauld picked up the ball as Pacific failed to clear it away from danger, and floated in the tying goal with a lobbed shot.

Pacific again took the lead in the 28th minute, through Manny Aparicio. The Tridents midfielder gave the ball away on an attack but immediately pressed to try and win it back, ultimately blocking an attempted clearance. The ball fell to Josh Heard, who slid it through to a charging Aparicio, who took a touch and fired the ball past Crépeau from the edge of the area to restore the lead.

After an entertaining, end-to-end 45 minutes, Pacific took a deserved 2-1 lead into halftime.

Crépeau was the busier goalkeeper of the two in the first half, and was again challenged a few times early in the second half. Campbell forced a huge stop out of him in the 56th minute, and he again had to make a save a minute later on a long shot from Aparicio. The home side doubled their lead just after the hour mark, as Josh Heard did all the work himself to make it 3-1. After a brilliant first touch to beat his defender, he charged toward goal before sliding the ball past the Whitecaps goalkeeper.

Gauld, not wanting to be outdone, brought his side back within one three minutes later, heading home a brilliant cross from Cristian Dájome. Dájome spotted the run of Gauld and curled in a perfectly-weighted cross, as the Scottish midfielder jumped and headed the ball back across goal and into the net.

It silenced the fans at Starlight Stadium, and saw the Whitecaps kick it up a notch as they searched for another equalizer.

Pacific again extended their lead soon after. After coming off the bench about ten minutes earlier, Alejandro Diaz made it 4-2 for Pacific FC in the 76th minute. Aparicio fired a free kick into the box, and bounced around before falling to Diaz, who made no mistake and fired it home from a few yards out to seal a famous victory for his side.

Pacific pulled another goal back with the last kick of the match, tapping home the rebound after his initial penalty was saved by Callum Irving. It was too little, too late, however, as the referee immediately blew the whistle to end the match, with the match already going several minutes past the designated stoppage time.

With the win, Pacific FC moves on to play Cavalry FC in the next round, who beat Vancouver in the 2019 edition of this tournament. The Whitecaps have never beat a CPL team, ending up on the wrong side of two of the most famous games in the history of the competition.