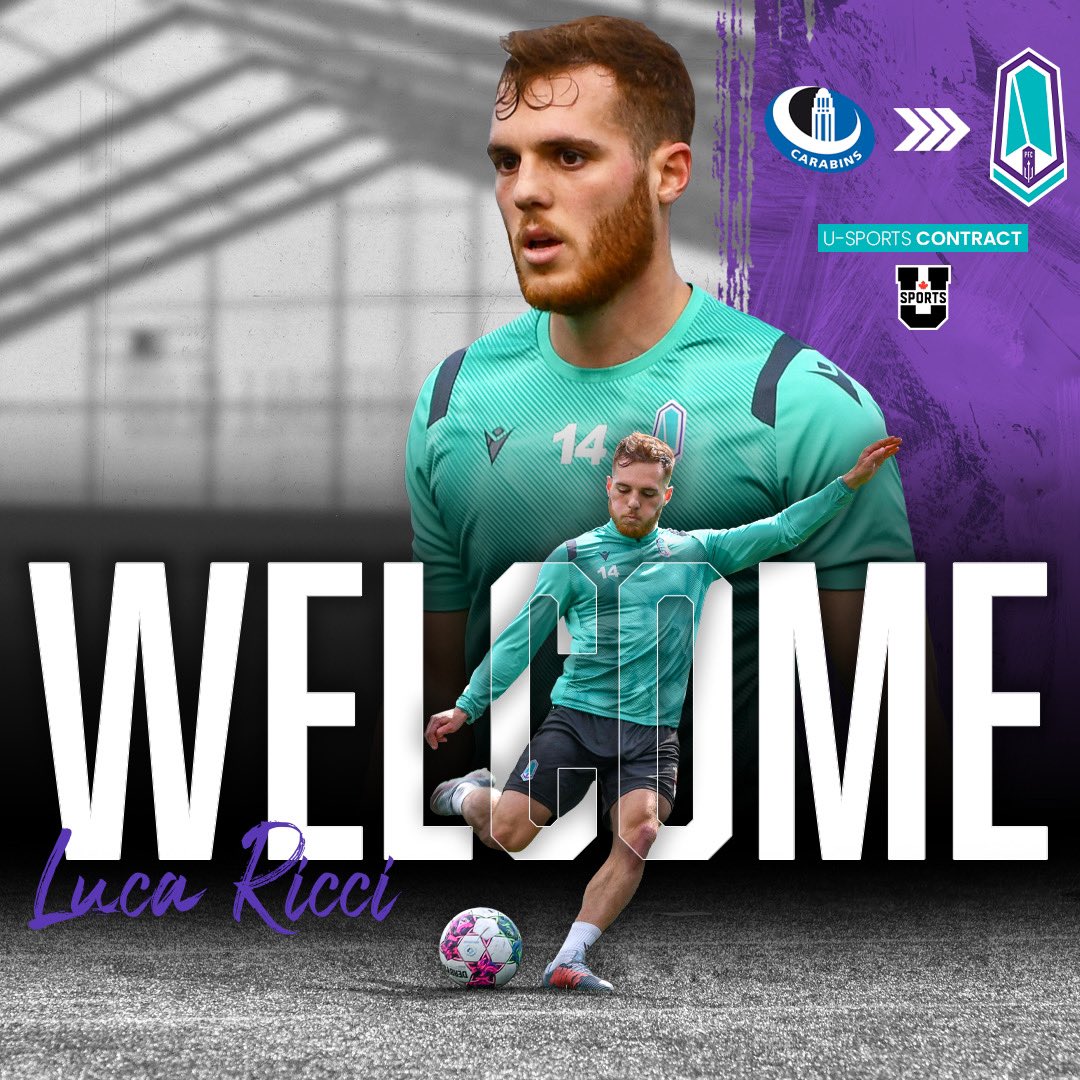 Pacific FC selected the University of Montreal Carabins midfielder with the 8th pick in the 2022 U Sports Draft.

The 24-year-old already has plenty of experience, having spent four years in the Montreal Impact (now CF Montreal) Academy, even earning an emergency loan up to the first team in 2019. Ricci has also spent time in professional environments in the USL Championship with Phoenix Rising FC in 2018 and Ottawa Fury FC in 2019. Ricci is highly-regarded coming off a successful stint in U Sports, he is comfortable on the ball, capable of combining well with teammates and picking a final pass. The Montreal-born midfielder recently helped lead the University of Montreal to a victory in the U Sports Men’s Soccer Championship in November and was subsequently named to the tournament all-star team.

Pacific is known for the trust it shows in young, dynamic players, a description that perfectly fits the first-round draft pick. Ricci has been training with Pacific FC over the offseason and into the start of the season, and ultimately earned his way onto the roster for the 2022 season.