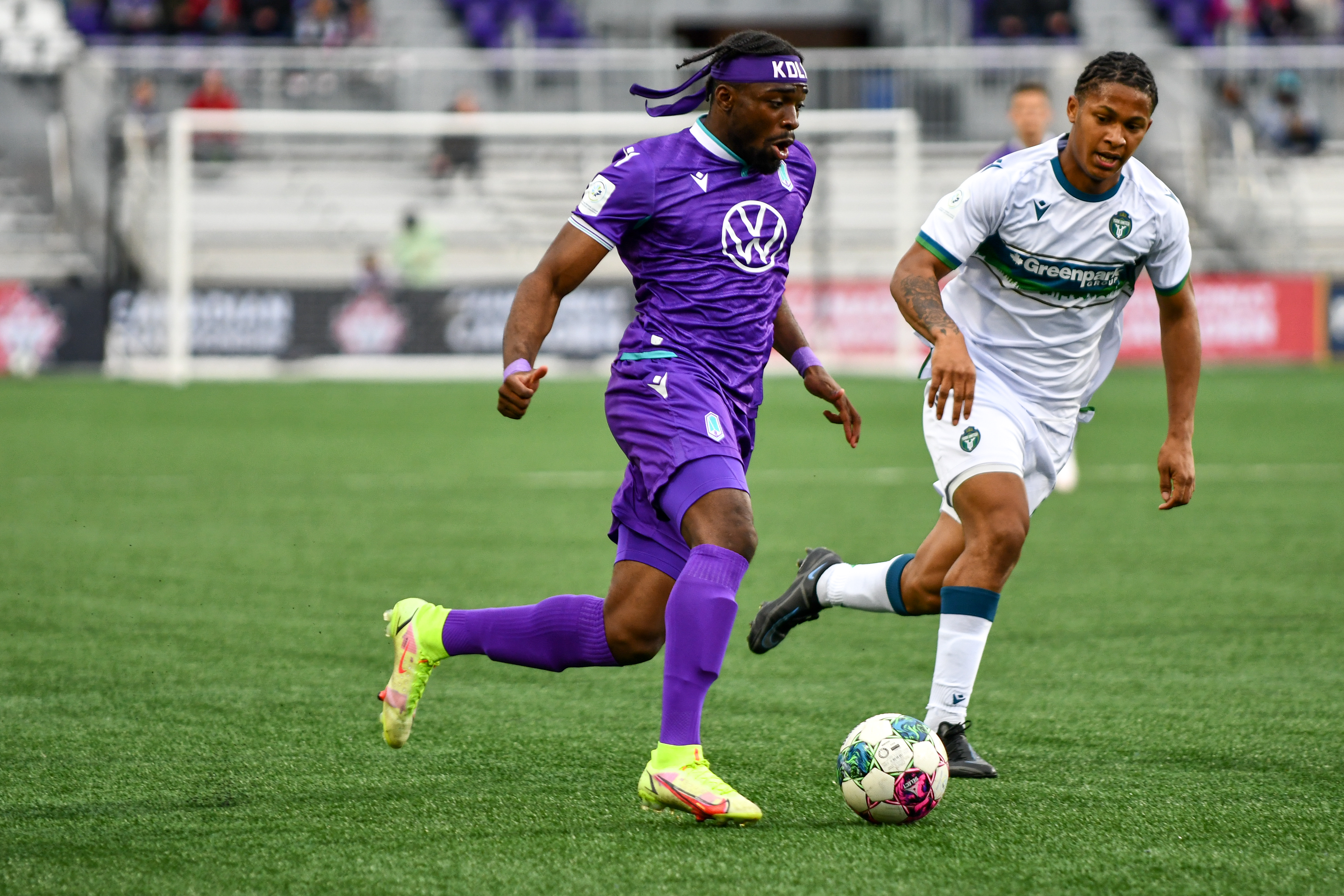 Saturday is a special occasion for Pacific FC as this match marks the 100th match in club history! Through the first 99 matches, Pacific FC and the Island as a whole have seen many memorable and historic moments. It can be easy to forget just how quickly the club and its supporters have grown in three and a half years. We’ve seen many different kinds of “first” through the first 99 games. An inaugural match (and victory) in April 2019, a season spent on Prince Edward Island in 2020 where the club set the foundation for success, a championship-winning season in 2021 that also included a massive upset over local rivals Vancouver Whitecaps FC, and a CONCACAF journey in 2022 alongside a gruelling title defence in the league. Saturday is about match number 100 in club history, but it’s also about remembering your favourite moments from the first 99 and looking forward to more collective success over the next 100.

Now to focus on the actual matchup at hand. Pacific’s form has taken a slight downturn, although that has matched up with an exhausting road trip that spanned from Halifax to Costa Rica to Winnipeg and back all in the span of about eight days. Although the performance in Costa Rica was incredible impressive, the effort required to take that match as far as they did left little in the tank for the league matches surrounding it. Two straight league losses is not the form Pacific wants at this point in the season, but a stretch of home matches in September will allow the team to get settled and find their rhythm again.

York’s recent form has been up and down, much like it’s been all season. A big win over Forge FC a couple weeks ago was followed by a loss to Cavalry FC last weekend. While the squad has some very talented young players, York just simple hasn’t been able to gain any traction all season long. This is also the Nine Stripes third straight match away from home.

This matchup slightly favours the Nine Stripes over the course of history. Three wins for Pacific is bettered by four wins for York. This matchup has also seen six draws.

For this one, I’ve picked two central midfielders facing their former teams. Pacific’s Cedric Toussaint was a member of York United just a few weeks ago, whereas Noah Verhoeven spent the 2019 season as an original member of the Pacific FC squad but moved to Toronto after that season. Both players share similar traits: progressive deeper central midfielder who keep things ticking over for the their teams and allow the players in front of them to be the more creative outlets.

Verhoeven’s ability to play through the lines really helps push York forward, and if the supply line to him is cut off York find it a lot harder to get the ball to their attacking players without using a long ball forward from the centre-backs. Watch for Pacific to mark Verhoeven closely on Saturday to try and make York play longer, more hopeful balls forward.

Toussaint’s composure on the ball has allowed him to seamlessly come into the PFC team. A player who often looks beyond his age in terms of his presence on the pitch, Toussaint also happens to be helping bump up Pacific FC’s U-21 minutes. With Aparicio out due to suspension, Toussaint will also be looked at to push slightly higher up the pitch on Saturday to use his creative ability in tandem with the forward line.

The story of Pacific’s season has been fascinating. A strong start to the Canadian Premier League season was followed by a down period of about a month and a half, followed by an excellent winning run (that included the CONCACAF League matches), and now with all the recent travel coinciding with a couple of losses in a row in the league, it appears the team will need to rally again for the final stretch. With four home games and three away to end the season it is incredibly important for the Tridents to take care of business on the Island and secure the highest seed possible in a ridiculously tight playoff race.

York on the other hand have had many ups and down under first-year head coach Martin Nash. Highlighted by the willingness to play youngsters, York’s form this season has been sporadic at best but with many brilliant individual moments thrown in. The win over Pacific last time they played at Starlight Stadium saw the Nine Stripes advance to play Vancouver Whitecaps FC at BC Place in the Canadian Championship. That together with fantastic performances from Niko Giantsopoulos, Lowell Wright (now of Whitecaps FC II), Osaze De Rosario and Isaiah Johnston, has marked this year as being about collective growth and laying a great foundation for the future. But on its day this team can absolutely play the spoiler down the home stretch of the CPL season.

First things first, get some rest. The amount of travel racked up over the past week is draining, but with a solid stretch of home matches through September, now is the time to rest up and refocus on the task at hand the rest of the season. In the match itself, attention should be paid to cutting off the supply lines forward and forcing the York centre-backs to play long. The Nine Stripes attacking unit has very talented individual players but if the ball isn’t able to be played into them it can neutralize their ability to create on an individual level. In contrast to that, Pacific’s line-breaking ability from their midfielders could set them apart, even with the absence of Manny Aparicio. If the Tridents use Sean Young, Cedric Toussaint or Jamar Dixon’s ability to move the ball smartly in midfield, spaces should open up for the players further forward to go at at their defender.