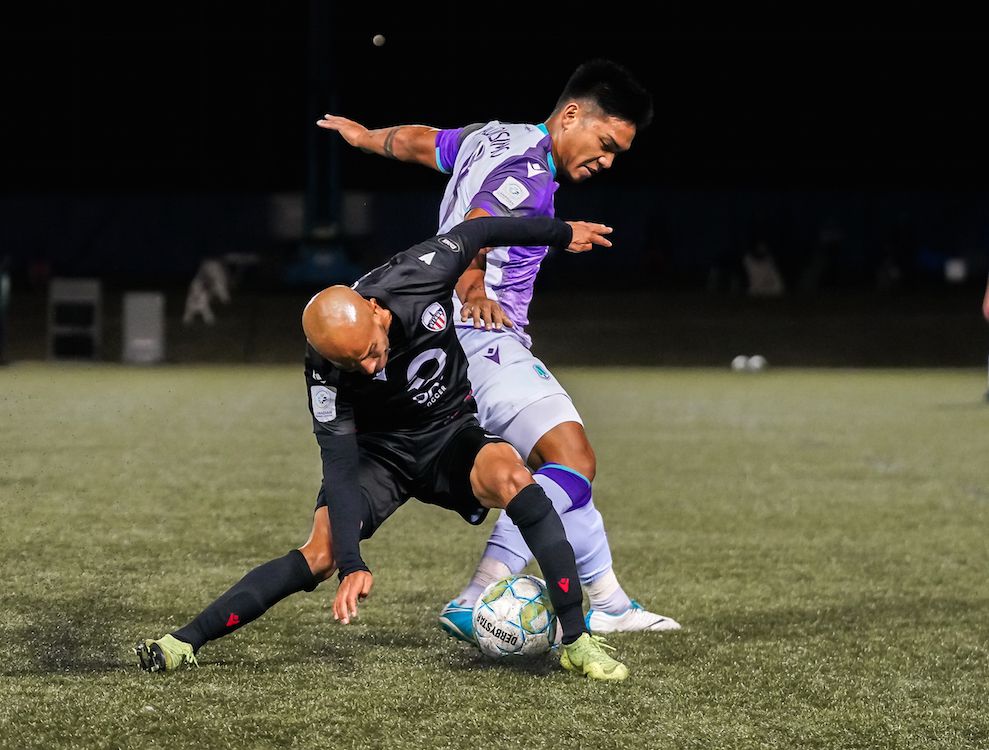 The Philippines national team will be in Doha, Qatar for an 11-day training camp before heading to China to play China, Maldives and Guam in qualifying matches that count for both the 2022 World Cup and the 2023 Asian Cup.

If Baldisimo and the Philippines finish in first or second in their qualifying group they will advance to the third round of Asian Football Confederation (AFC) 2022 World Cup qualification and will qualify directly for the 2023 Asian Cup. Heading into these matches the Philippines sits in third in Group A; level on points with China in second but having played one more match.

“This is the big leagues”

“It’s been a long process because I was supposed to go to a camp a year ago but then Covid happened,” says Baldisimo, “so I was really looking forward to the next camp and then this one came up. Now I’m just really excited to meet all of the other players and see what kind of environment I’m getting myself into.”

Baldisimo, who played his youth career with Canada, qualifies for the Philippines through his parents and even though he’s never been to the Philippines he has a very strong connection to the country.

“I have a lot, a lot of family there. My parents, brothers and sisters, aunts and uncles, they’re all over there. I’ve never met a lot of them and I don’t speak the language so I’m pretty ‘Canadian-ized’ in that sense, but growing up my parents would always be like ‘there’s a Filipino athlete there, that guy’s Filipino’ so I was always keeping an eye out for which guys coming up are Filipino. But I never thought that I would be the one to represent the Philippines with the men’s team.”

After representing Canada at the youth level, Baldisimo says the option to be capped by the Philippines at the senior level was an important decision but not necessarily a difficult one.

“It was a big decision, but then it also wasn’t, because I haven’t been involved in the Canada program for a while. I honestly feel a big connection to the Philippines even though I don’t speak the language and I’ve never been there. I just feel a big connection through my parents and the culture I grew up in. I have that little bit more pride to go and represent them.”

The process of joining up with the Philippines national team started as Baldisimo prepared for his second season with Pacific last year.

“One of the representatives from the Philippines reached out to me right before The Island Games. And he was saying ‘you’ve been on our radar, we want to get you into a camp’ but he made it seem like he didn’t want me to lose my Canada eligibility so he said ‘maybe we’ll get you into a U-23 camp”. Then I got the call for this one and it was a men’s camp and it was like ‘this is the big leagues’.”

Baldisimo knows he’ll be an outsider heading into his first national team training camp because he has no prior experience with any of the other players, but does he feel any pressure because of that? Absolutely not.

“Honestly I don’t feel any pressure, none of those guys know me so I’m just going to go in there and play my game. I’m just really excited to see what kind of level the other players bring in. I’ve never met any of them so I’m kind of the outsider. There’s nothing I can lose, but everything I can gain.”

“I’ve had to almost take on a leadership role (at Pacific) because I’m not one of the young players anymore. I’m a bit more mature than I have been in the past. So maybe that’ll help me go into a men’s team and be around those established pros.”

These matches will decide if the Philippines hopes of advancing to the next stage of World Cup qualifying live on or if the journey ends here, and Baldisimo is well-aware of the team’s goals before even setting foot in camp.

“First and foremost our biggest goal is to qualify for the Asian Cup and the World Cup. That’s the first thing on my mind; we have to qualify, we have to win all our games. Just show the Filipino fans what this new team is about because I’ve spoken with the head coach and he says we’re looking at a new look for the Filipino national team and that he’s bringing in a bunch of new players to try and change the culture of football in the Philippines.”

Even with the culture reset and the influx of new players, the opportunity to learn from established pros in a senior national team set up will only benefit the 23-year-old midfielder.

“I think it’s going to be a big eye-opener because I’m going into a new market over there that I’ve never seen before, and I don’t think anyone on my team has seen before. So I’m just going to bring home a sense of different experiences when I come back. I hope I can share my experiences and share the mentality that the other players have at the camp. And just try to push my team, hopefully it’s a championship year this year with Pacific.”

Great for everyone involved

“He played young for Canada and now he comes to a crosspoint where he has to think about where he gets the possibility to play. And it’s a huge honour playing for your national team, it’s the highest high.”

With 10 caps for the Norwegian national team, Kah’s advice for any young player joining up with their national team is simple but carries weight.

“My advice is always to enjoy it. You can always get multiple call ups but the first one is special. That’s what you play for, to represent your country.”

Kah says having Pacific FC players, like Baldisimo, play at an international level will greatly benefit the club.

“I think it will be huge because he’ll play important games and get experience at the highest level; facing different countries, different gameplans. It’s just going to help us. It will help him grow but also help us as a team when he comes back and uses that experience.”

“The more players we have representing their country the better.”