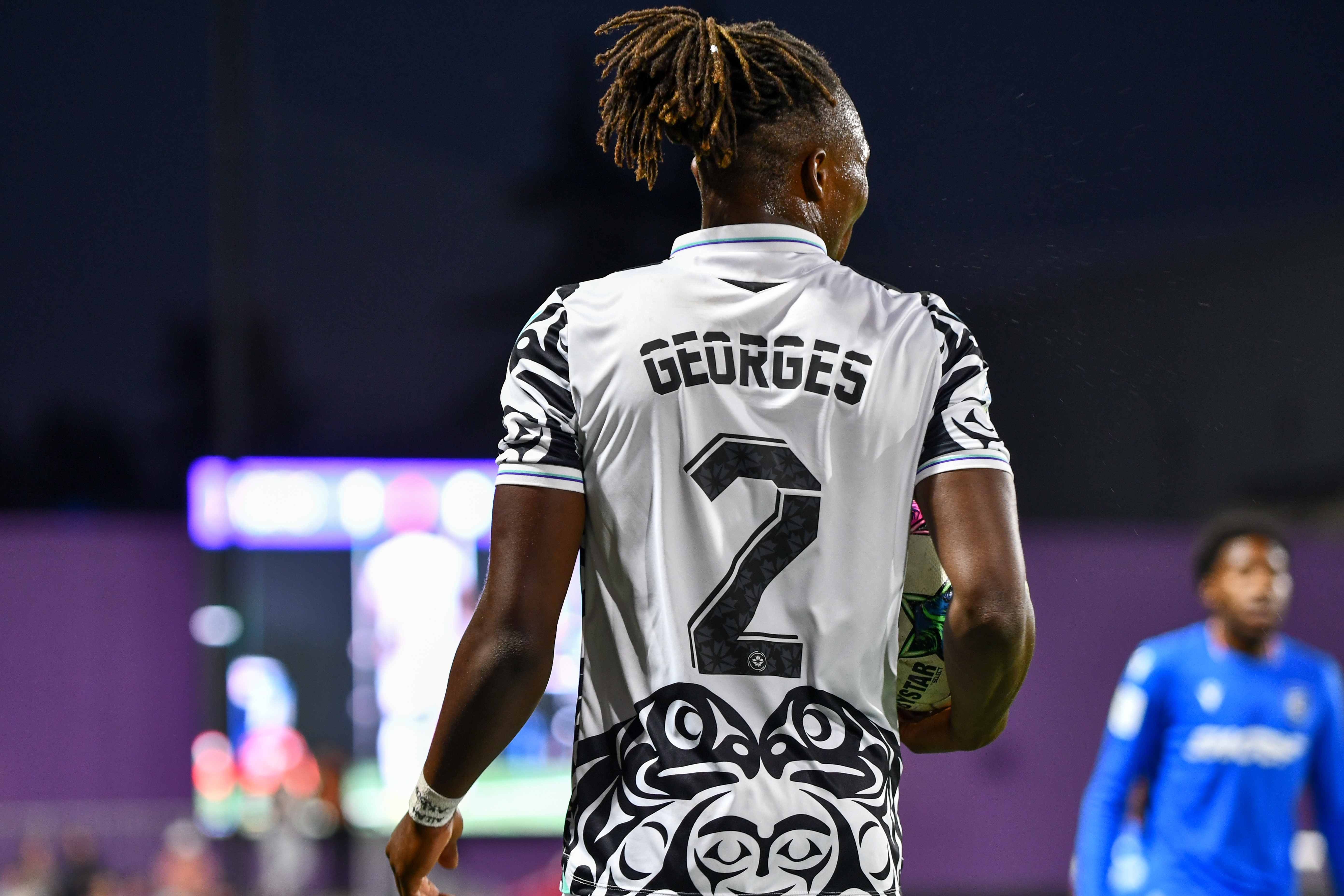 Georges Mukumbilwa, Emil Gazdov and Abdul Binate will be returning to Pacific FC for the 2023 Canadian Premier League season.

Mukumbilwa returns for his second season on the Island after joining the club in March. The 23-year-old made 20 appearances in all competitions last season, 18 of which came in the CPL. Mukumbilwa’s versatility and tireless work rate provided an excellent option in both full-back roles where he covered for Kunle Dada-Luke on the right side and rotated with Nathan Mavila and Jordan Haynes on the left. Mukumbilwa’s impact on the pitch was evident as Pacific only lost five of the 20 matches he appeared in.

“George is an excellent professional and we are happy to have him back in our group next season. I believe he is a top defender in this league and a very versatile player, he can play on the right or left in a back four or five and can also play in higher positions. He gives us flexibility in our system and is an important player for our team,” says Pacific FC head coach James Merriman.

After signing with Pacific in 2020, Gazdov spent his first full season on the Island in 2022. The 19-year-old returned from a two-year loan spell with FC Nürnberg in Germany to provide backup for Callum Irving in goal. Gazdov made two appearances for the Tridents in the 2022 season, highlighted by making his professional debut in a 2-1 victory against Valour FC in June. Gazdov is highly rated as a promising young goalkeeper and has gained great experience at a young age thanks to his loan spell in Germany as well as by working under Irving and former Pacific FC head goalkeeper coach Mark Village this past season.

“Emil has big potential as a young Canadian goalkeeper. He has continued to mature on and off the field as a young professional. I have known him for a long time now in his development process and believe he will come into this season really pushing himself for more,” says Merriman.

Binate’s 2022 season unfortunately ended before it began after the youngster suffered an injury in preseason. The 19-year-old attacker joined Pacific from the CF Montreal Academy’s U-23 team. Binate is capable of playing as both a winger and striker, and will look to bounce back after a difficult year to become a major part of Pacific FC’s attacking unit.

“Abby unfortunately had an injury very early last season but impressed everyone with his attitude and approach to his recovery. He feels strong, motivated and wants to be able to contribute to the team this season on the field. He is a young player with good potential,” says Merriman.

With the return of Mukumbilwa, Gazdov and Binate now official, as well as the previously announced returning players, Pacific FC now has eight confirmed players for 2023. More roster news will be announced in the coming weeks, including more additional returning players and new signings.