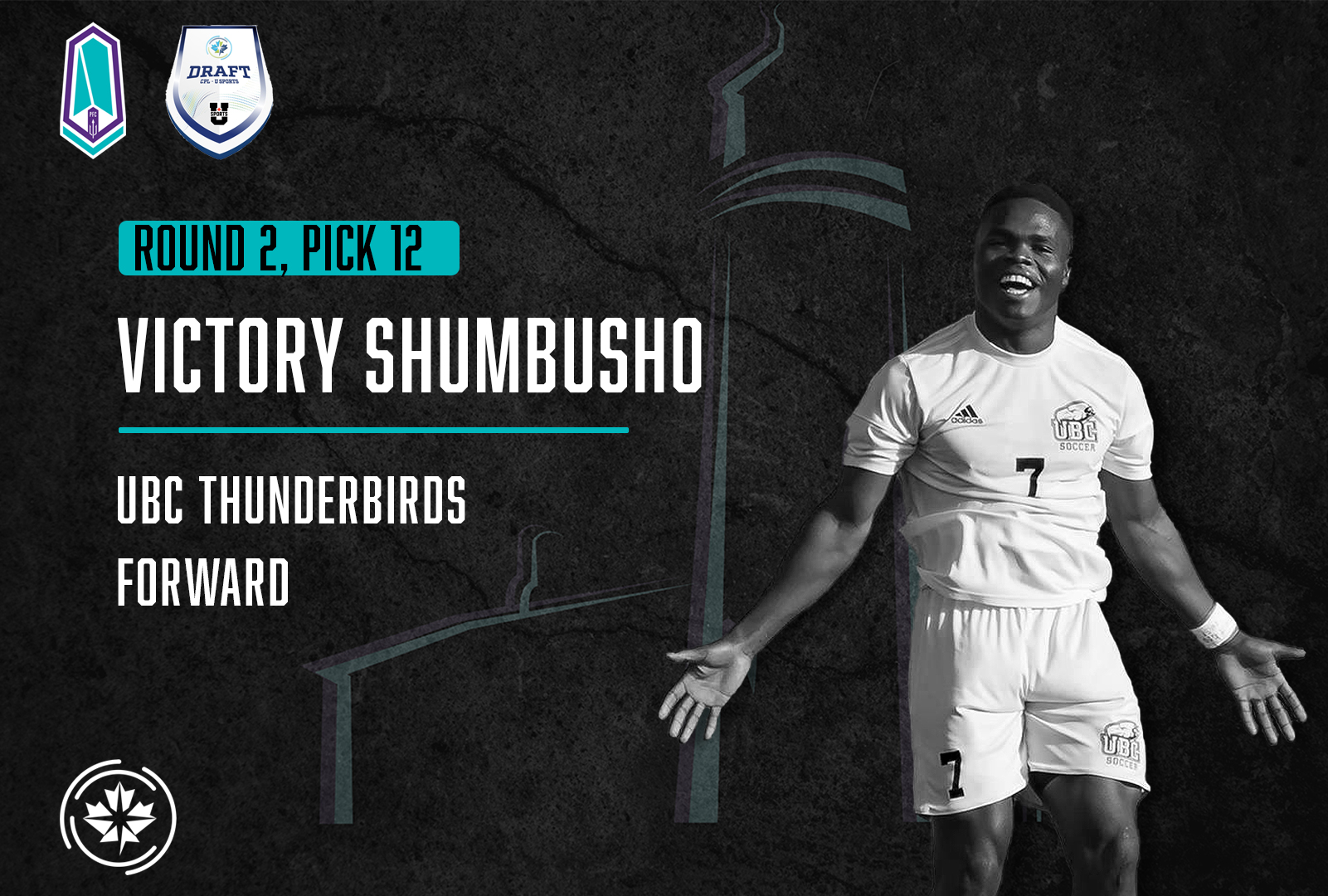 With the 12th overall pick of the 2021 U-Sports Draft, Pacific FC select forward Victory Shumbusho from the UBC Thunderbirds.

A versatile attacker, Shumbusho led scoring with 10 goals in the Canada West division in the 2019 U-Sports season. Shumbusho spent 4 years with the UBC Thunderbirds, earning 2 All-Canadian selections and was recognized as Canada West Rookie of the Year in 2017.

No stranger to the Island, Shumbusho played for the Victoria Highlanders in 2019, having previously spent time with the Vancouver Whitecaps Residency program. “Victory is an interesting young player who is very hungry to prove himself,” said James Merriman, Associate Head Coach. “He will need to work hard with good focus and come into camp ready to compete.”