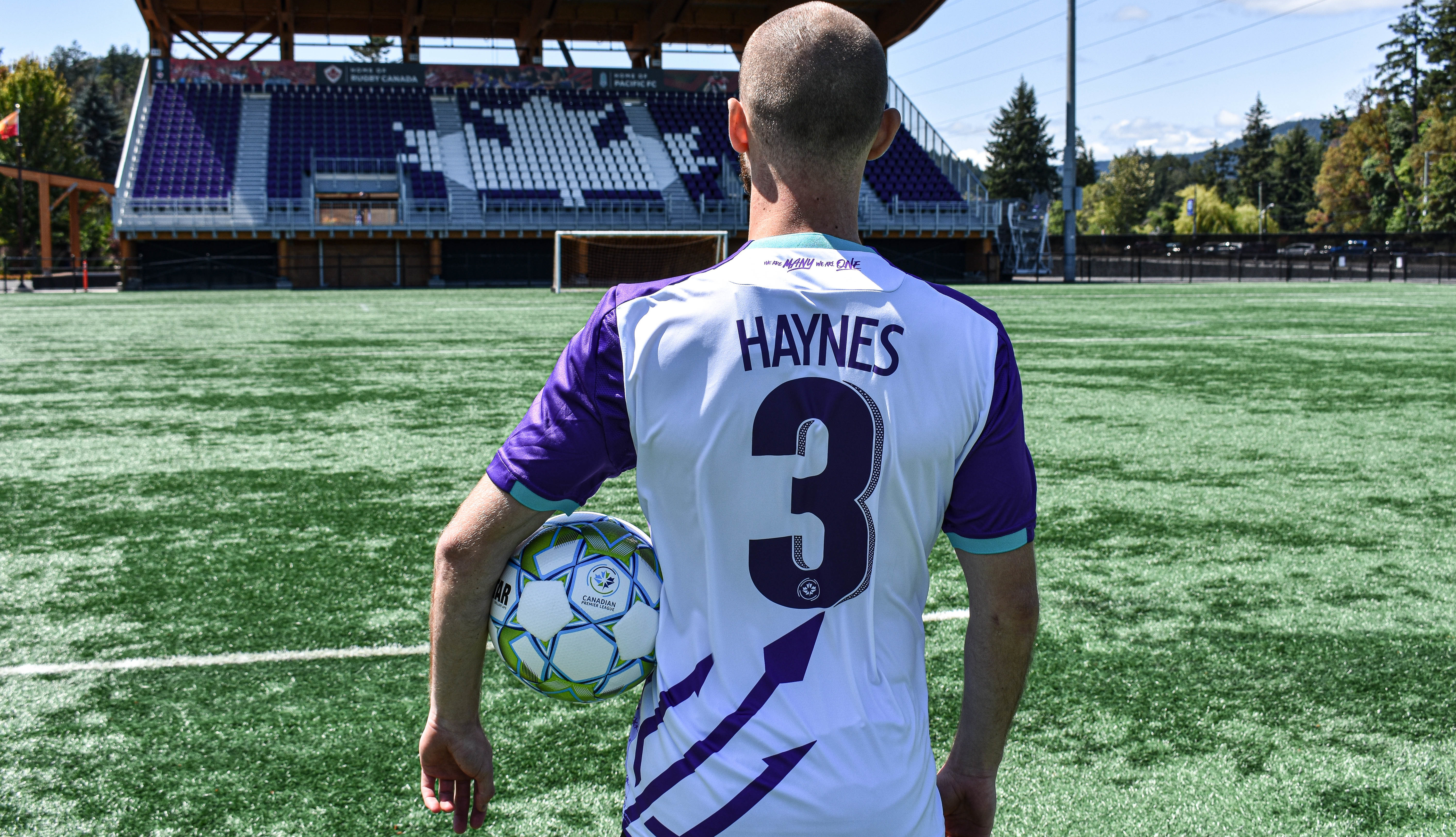 He’d been shuffled around from club to club, and he’d struggled to carve out his niche anywhere.

So, after stints with the youth setups of the Vancouver Whitecaps and Oklahoma City Energy, plus some League1 Ontario games with Vaughan Azzurri and a few reps with the Calgary Foothills, he decided to head to the University of British Columbia.

“I actually had some opportunities to try and play in the CPL for the first season, with a few teams, and at the end of the day none of them wanted to sign me,” Haynes told CanPL.ca.

“To be blatantly honest, I had been pretty fed up with football, and I sort of — I’d say sort of, because I’m back now — but I sort of made the decision to move on from playing professionally, and I was able to take a great opportunity to get a scholarship and go to UBC.”

Asked why he’d become so disillusioned with the sport, the 24-year-old fullback opened up about the toll that trying to play professional soccer can take on a player.

“A lot of people that love the game from a supporter’s or fan’s idea, they really just enjoy it as an entertainment,” he explained. “They see it as just a sport, and at the weekend they get to see everyone play the game. But when you’re inside the business, it’s pretty much just like any other business, where it’s dog-eat-dog.

“People have opinions, and you’re subject to a lot of opinions maybe going against you. I was just on the end of opinions going against me consistently for a few years, and I was just really upset at someone or a number of people telling me I wasn’t good enough, or they thought I wasn’t the right player for them.

“It kind of gets to you after a while where you’re just thinking, like, man, I need to do something else or something. But I didn’t let it affect me in the long term. I used it as fuel, honestly, to get back.”

He’s back now, after recently signing with Pacific FC.

Haynes helped UBC to the 2019 Canada West gold medal, and he went along with them to the U SPORTS national championships in Montreal last fall. It was there, he said, that he caught the eye of then-Pacific interim coach James Merriman.

“It’s a really good mindset to never close any doors,” Haynes stated. “So I also thought, well, maybe you never know, if I change my mind down the road, or I open up to the idea of playing again, UBC as well would be one of the best places to play in U SPORTS.”

He added: “I’d be lying if I said UBC didn’t help me and guide me to get back where I am now.”

Haynes was a recognizable name to the Pacific staff and players, having played with many of them during his time at the Whitecaps academy. He explained that the club initially planned to offer him a U SPORTS developmental contract for the 2020 season, inviting him to its original training camp in March, but the COVID-19 shutdown threw a wrench into that particular plan (as it did to many).

Nonetheless, Pacific kept him around. Haynes took part in all of the club’s Zoom meetings and at-home workouts, with his name on the same email list as all the officially-signed players.

“They wanted to basically make it so I was part of the team,” Haynes aid.

Then, not too long ago, the club offered him a full contract after a few weeks of training.

“The mindset I was in after that was one of the best I’ve been in a long time,” Haynes effused. “Like, I’ve been off from playing pro for three years now, and just to be given the opportunity to come and play again was stellar.”

Haynes seems to have fit in seamlessly into the Pacific setup. He suggested that, unlike some clubs he’s played for, he’s fully comfortable with everyone in camp.

“In terms of places I’ve been in the past, sometimes you may feel a bit of hostility, you may feel a little bit, I don’t know, scared to do something, or whatever,” he admitted. “But the atmosphere here is just really good. It’s very easy to get the best out of everybody.”

Of course, his transition into the Pacific squad has apparently been made easy by becoming the club’s unofficial baker — what started as a mindless, relaxing pastime for Haynes now has him taking orders from staff and teammates for healthy baked goods.

Although he’s originally from Peterborough, Ont., Haynes has really found a home out on the west coast — certainly, there’s a reason he’s coming back to play in B.C. for the third time in his career.

It seems that spending some time in the mountains, or in the parks of Vancouver Island, can do wonders for one’s spirits.

“I’d say (I was) raised in Ontario, and grew up as a man in B.C.,” said Haynes, who joined the Whitecaps academy in 2011. “The lifestyle and just even the views, and the stuff you can do in B.C., I just feel like that’s where I belong as a person. I just love being able to do stuff outdoors, the greenery here, and people care more about nature.”

“That was the reason why I’d come back in the first place.”