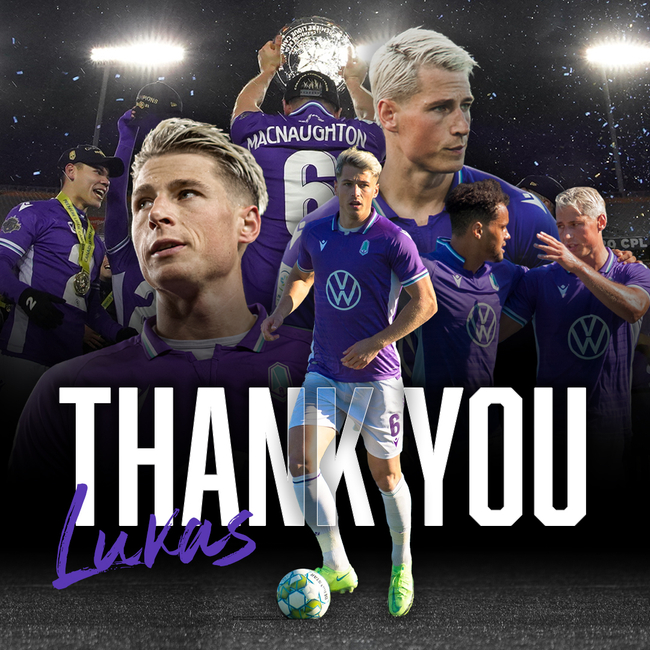 Following three standout seasons and an incredibly successful end to his time on the Island, Lukas MacNaughton has joined Toronto FC after Pacific FC agreed terms with the MLS club for the defender’s move. 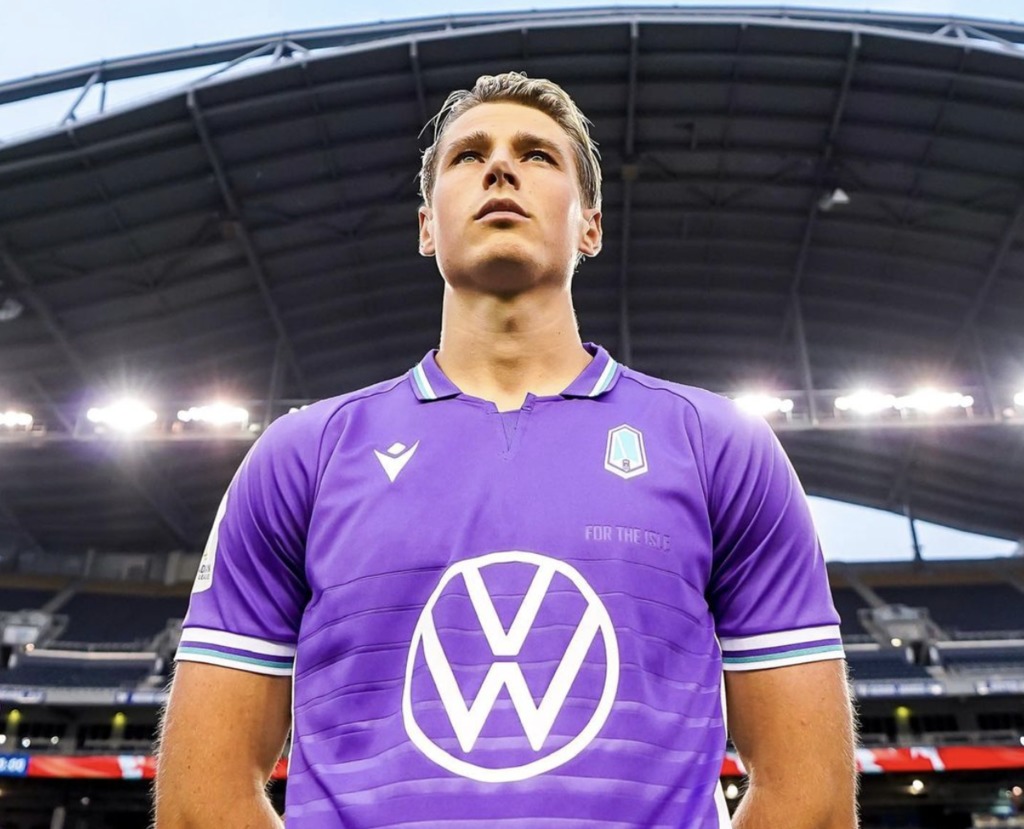 MacNaughton has been with the club since the inaugural season and has developed into one of the best centre-backs in the country.

Prior to joining Pacific FC in 2019, MacNaughton played for the University of Toronto from 2013-2017 as well as Alliance United FC and North Toronto Nitros in League1 Ontario. The centre-back is one of the Pacific FC “originals” and quickly established himself as an intelligent and mobile defender. Over his three seasons on the Island, MacNaughton became a fan favourite for his leadership and passion on the field and personality off it.

In 2021 MacNaughton took his development a step further. The 26-year-old made 29 appearances, racking up a team-high 2,610 minutes and comfortably leading the Canadian Premier League in successful passes. MacNaughton also finished fourth in the league for interceptions made, first for aerial duels won, and helped the team hold eight clean sheets – including the 1-0 victory in the CPL final.

Along with the Canadian Premier League title, MacNaughton helped the club get to the semi-final of the Canadian Championship where they travelled to Toronto FC, ultimately coming just short of the final. MacNaughton’s performance throughout the 2021 CPL season and his display at BMO Field certainly caught people’s attention, leading to this homecoming for the Canadian men’s national team hopeful.

“For me it’s just so great to go back to the city and have everything come full circle,” says MacNaughton.

“Overall for the league I think it’s fantastic, there’s been Joel Waterman who went to Montreal and to be the second move is huge for me. My story is literally what I think this league is about: I played in university and when I finished nothing was really available until I came to the CPL and that opened doors to be where I am now.”

MacNaughton has progressed from a relatively unknown prospect to become a MVP candidate and now a MLS-calibre player during his time on the Island.

“It’s a great move and we have to celebrate it,” says Pacific FC CEO Rob Friend.

“We signed Lukas from League1 Ontario three years ago, we’ve seen his growth. He’s done a tremendous job developing himself on and off the field. This is the next step and he’s ready for it.”

Friend says MacNaughton is absolutely ready to perform at the next level.

Pacific supporters will be closely following MacNaughton’s progress with TFC and won’t have to worry about him forgetting his roots on the Island.

“Pacific gave me a chance so I’ll forever be grateful to them,” says MacNaughton, “I’ve already told the boys I’ll always be a supporter of Pacific no matter what.”

“The Island is just such a great place, like a little paradise. It’s great living there, fantastic atmosphere and people are super friendly. The way the fans got behind all of us and really enjoyed the football, the culture that was great to see. And when we did beat the Whitecaps in that game especially I think it just really clicked and everything kind of came together for the Island.”

MacNaughton leaves Pacific with the fourth-highest career matches for the club and will cherish his final memories as a Pacific player.

“Ending off on a high is fantastic. That’s the way you want to end any kind of situation because the last memory is the most vivid, especially with this because it meant so much to the club, the players and the fans.”