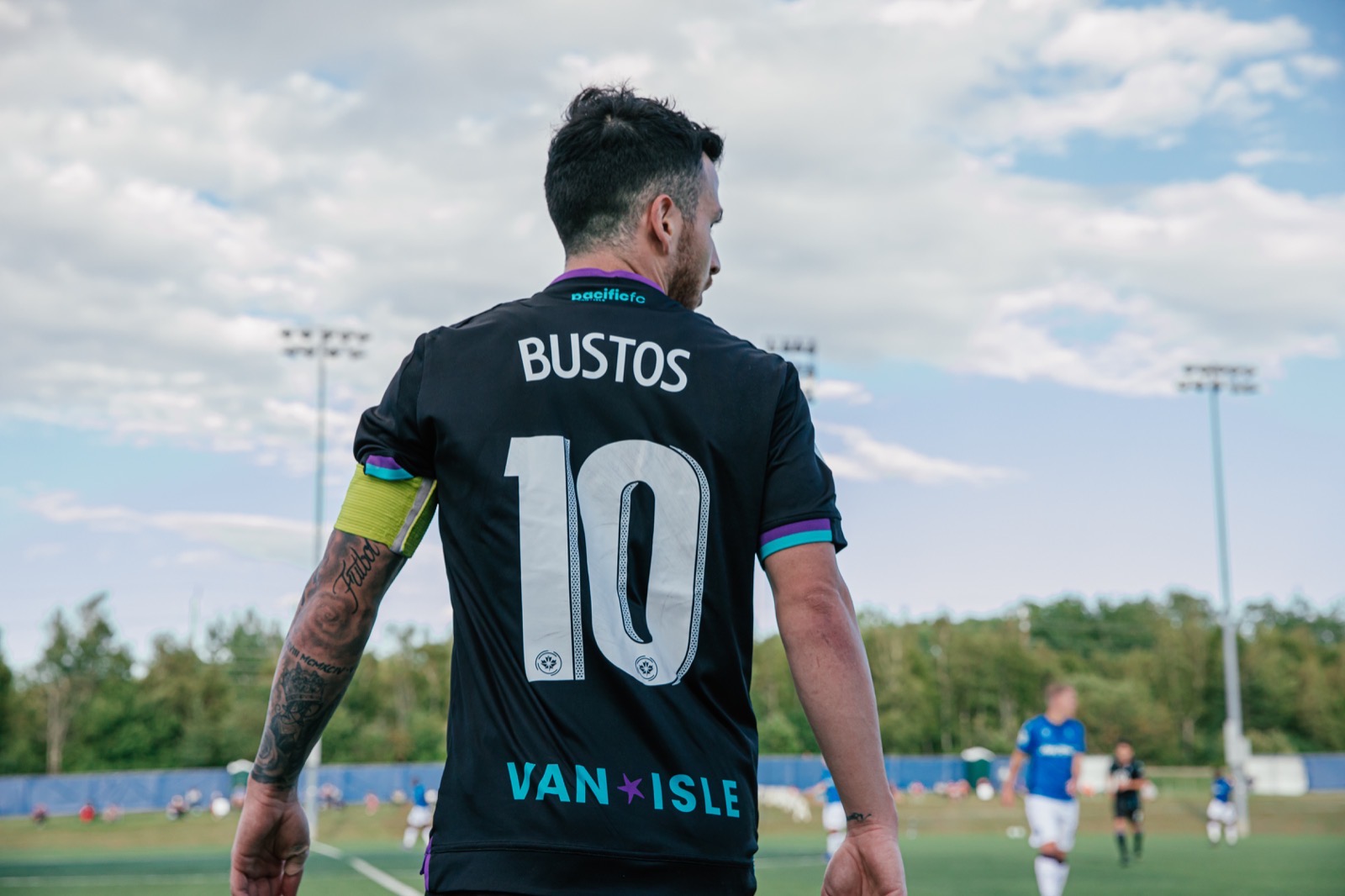 Victoria, BC (Thursday, December 10, 2020) – Pacific Football Club is pleased to announce the re-signing of attacker Marco Bustos for the 2021 season.  Bustos was Pacific FC’s top goal scorer during the 2020 Island Game season, earning him an MVP nomination. His standout performances on the pitch lead to Bustos being awarded the Lakeside Buoys Supporter’s Choice 2020 Player of the Year from the Island supporters’ group.

“Bustos is a player who has tremendous ability and is working hard every day to become a better player,” said Pa-Modou Kah, Head Coach, Pacific FC. “He has shown qualities of an MVP player in this league and hopefully he will take the progress from this year into next season.”

The 24-year old had a stellar season at the 2020 Island Games on Prince Edward Island with five goals and three assists, capping off the season with an incredible 2 goal & 2 assist performance against HFX Wanderers. He joined Pacific FC after a season of playing for his hometown of Winnipeg in 2019, the inaugural year of the Canadian Premier League. In his tenure with Valour, Bustos made 25 appearances and was the team’s top scorer.

Known for his fitness and work ethic, Bustos has been capped six times for Canada and has a total of 100 professional appearances featuring for the Whitecaps, Whitecaps 2, Mexican Side Zacatepec and USL side Oklahoma City Energy. His skillful play and hard work on the pitch leads him to become a fan favourite at every club he plays for.

At 5-foot-6, Bustos is one of the quickest players on the pitch. Kah refers to him as an integral part of what Pacific is building as a club. He joins a full roster of new and re-signed players looking forward to the 2021 season.