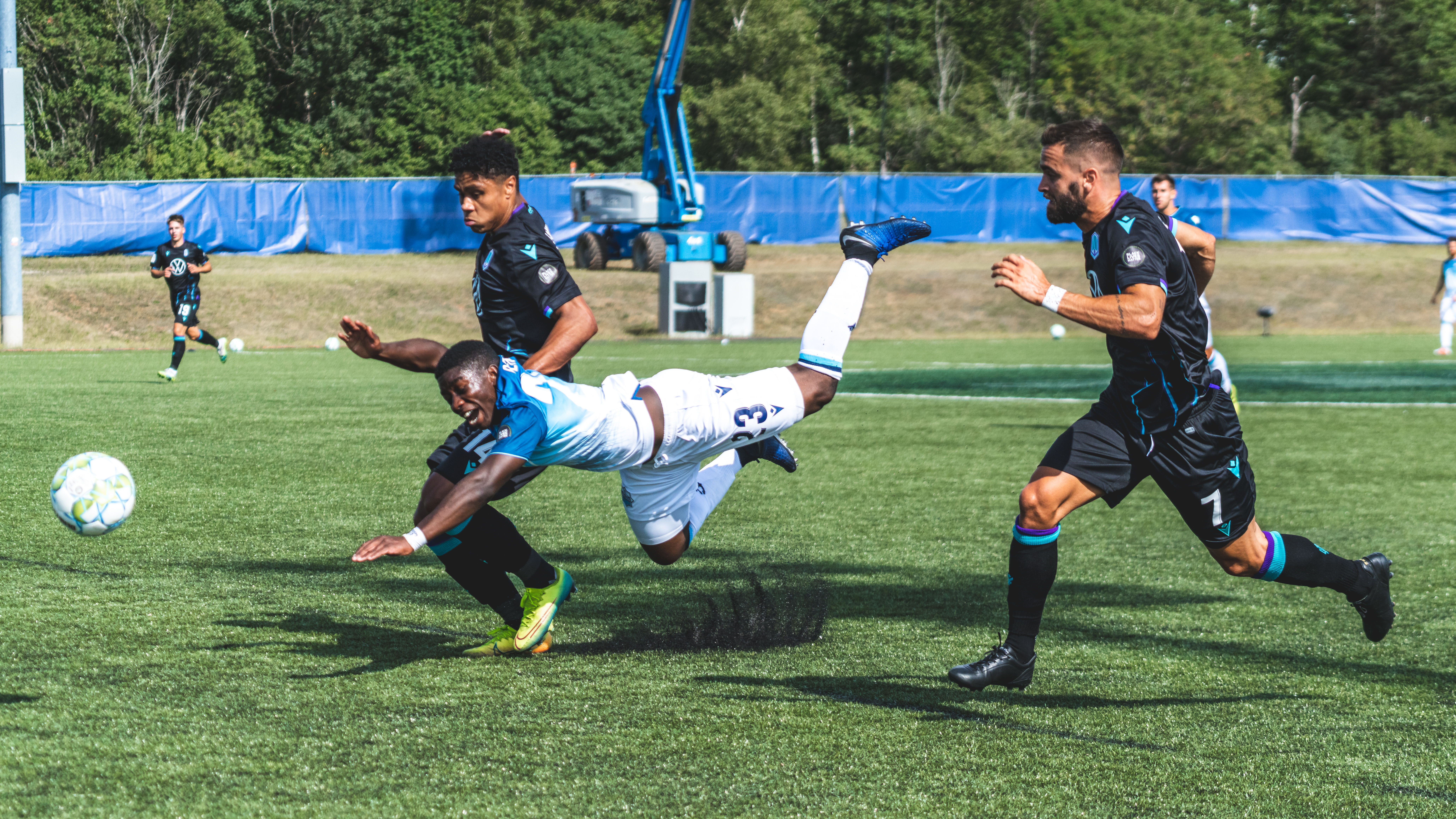 “All these re-signings are fantastic for us as we continue to build a roster to fight for championships, said Pa-Modou Kah, Head Coach, Pacific FC. “We have a bright future ahead of us.”

Irving, 27, shined between the posts in the 2020 season in Prince Edward Island earning him a nomination for the Golden Glove Award for the tournament.

The Vancouver-native joined the squad early in 2020 with 79 professional appearances featuring for the Rio Grande Valley Toros of the USL Championship and most recently for former USL Championship side Ottawa Fury FC. Kah recognizes Irving is coming into his prime years and will continue to push for the starting spot.

The power duo of Blasco and Campbell will be wearing purple in 2021. Spanish-born Blasco, 26 has put seven goals in the back of the net for Pacific in his tenure with the team. Pacific CEO Rob Friend has referred to Blasco as one of the team’s most exciting players to watch.

Campbell, 22, chalked up a goal and an assist in the 2020 tournament. At 6 feet tall, the Burnaby-native is referred to by his coach as a dangerous striker and a technical goal scorer. He came to Pacific from Fresno FC and was one of the CPL’s top goal scorers in the 2019 season.

Dixon, 31, will return to Pacific’s midfield where he is a solid force with experience from a three-season stint that included 89 appearances with Ottawa Fury FC. A leader on the young team, Dixon can play at right fullback, central midfield or centre back.

“Jamar is a player who embodies our culture and philosophy,” said Kah. “He has a veteran presence inside the locker and on the pitch.”

On the backline, Samake, 24, made his professional debut in 2020. His coach notes he made the transition to a professional career seamlessly and has a fitting personality and professional attitude. The Malian-Canadian played previously at the University of Michigan including on the NCAA Big 10 Tournament all-star team.