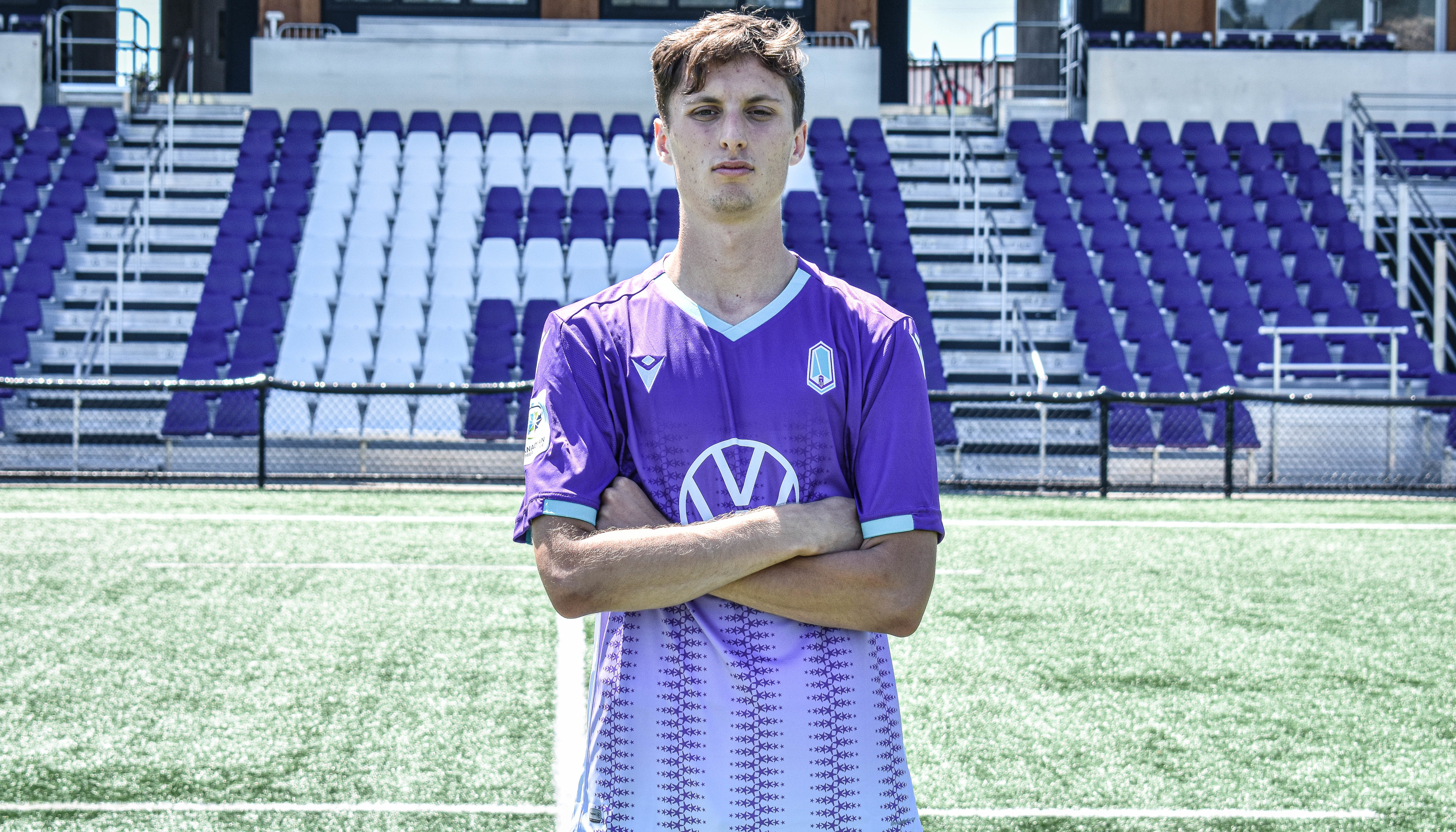 The Victoria native has witnessed the club’s impact in real time, having played in the Vancouver Island Wave program which the CPL outfit now operates at their Island Training Centre.

Young, 19, has come up through the development pathway at just the right time, as he recently signed his first pro contract with Pacific FC.

“Once the (CPL) club was announced, that it was gonna play on the Island, I think a lot of young players set their sights on the club,” Young told CanPL.ca. “It’s amazing to play for your hometown team and have a professional team here. I think a lot of players kind of thought, ‘Oh, I can play professional soccer in my hometown instead of going to Europe or abroad.'”

Young is not technically the first Vancouver Islander to sign for Pacific — that title belongs to Comox native Nolan Wirth, However, Young putting pen to paper with the Tridents is a symbolic moment for both club and community.

The CPL hasn’t been around very long, but the number of players who have been signed from local youth programs to hometown pro clubs has been remarkable.

“It means a lot to me,” Young said of the historic moment. “It’s something I’m proud to do and I definitely want to be a role model for young soccer players on the Island, both girls and guys. I’m happy, I’m excited to start my pro career and hopefully show them a pathway.”

Impressively, Young has worked his way right up to a professional deal without ever really playing for a club outside of Vancouver Island. From his early days at Bays United, to his time from ages 12 to 16 in the Wave program, followed by a few years in the reserves and first team of USL League 2 side Victoria Highlanders, he’s never had to go far from home.

Young was invited to train with Pacific during the club’s initial pre-season back in March. As was the case with Jordan Haynes, he was kept in the loop throughout the COVID-19 shutdown period, participating in full-team activities such as at-home workouts and tactical sessions. When the club returned to training in June, Young continued his trial and, finally, earned his contract.

“It’s unbelievable,” Young said of being offered a spot on the Pacific first team. “Something I’ve dreamed of, and in the moment you’re kind of like — you kind of can’t believe it, and then later that day I was thinking about it, like, wow, I really got to this point and this is the beginning of my pro career. So yeah, it’s unbelievable.”

Young describes himself as a box-to-box midfielder with a knack for getting on the ball and distributing forward. Standing six-feet-two, he’s also hoping to continue using his size to knock opponents off the ball at the professional level.

He’ll be adding youthful depth to a position where Pacific could probably use it; with fellow central midfielders Alessandro Hojabrpour and Matthew Baldisimo both capable of playing in several positions, there could well be minutes available for him alongside the 31-year-old Jamar Dixon.

Pacific FC will surely be hoping that Young is the first of many Van Isle locals to sign for the club. For now, though, he’s happy to carry the flag.