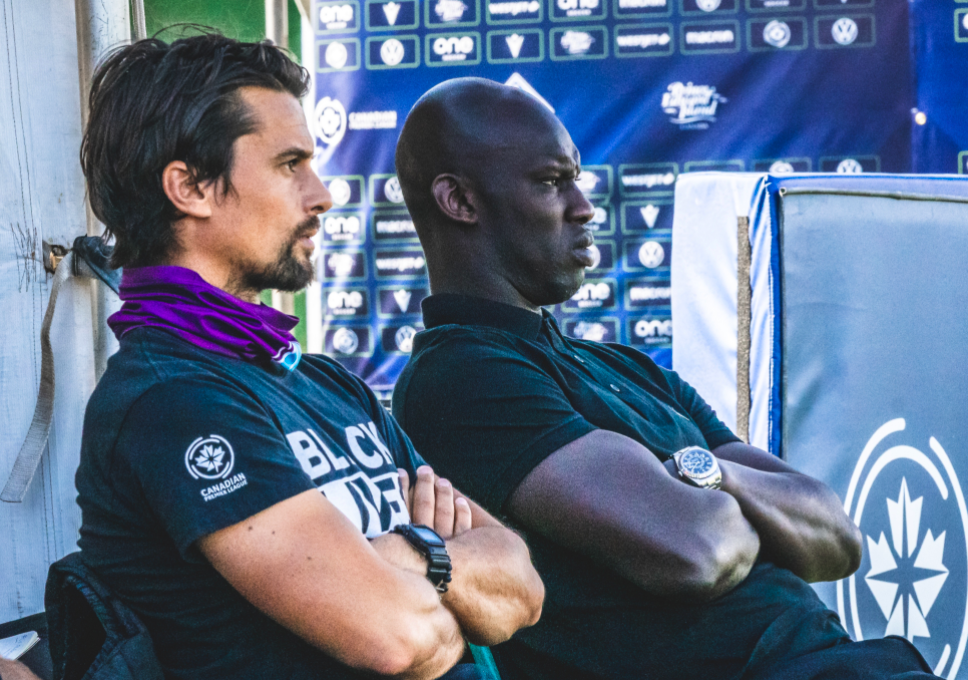 “We are extremely excited to have secured both Pa and James for the long term with Pacific FC,” Pacific CEO Rob Friend said.

“These are two of the most talented coaches in this country, and their ambition to build a winning organization, along with their commitment to the community falls directly in line with the clubs vision.”

Kah, 40, joined Pacific FC ahead of the 2020 CPL season, guiding the team through a challenging preseason due to the COVID-19 pandemic and posting a 4-2-4 record and a fourth-place finish at last summer’s Island Games in PEI.

Previously, Kah was an assistant coach at MLS side FC Cincinnati and for Whitecaps FC 2 in the USL. As a player, Kah was a Norway international who turned out for a number of clubs around the world during his career, including the Vancouver Whitecaps and Portland Timbers.

Merriman, 35, has been a member of Pacific FC’s coaching staff since their inaugural CPL season in 2019. The Vancouver Island native is also the technical director for the Trident Development Program and is heavily involved with developing the next generation of soccer talent on the Island.